State of change: our wild world

The first part of our State of Change series looked at some of the species most affected by the climate crisis. Read on as writer Adam Marek finds out what that means for nature across the UK.

The hobbies are hungry

The hobbies have arrived back from Africa, but the dragonflies haven’t emerged yet! This was the refrain from several birders at  RSPB Dungeness, in early May of 2021. Hobbies usually time their arrival back in the UK for when dragonflies abound. But a limp spring meant that dragonfly nymphs had decided to lurk underwater for a while longer before coming out to breed. 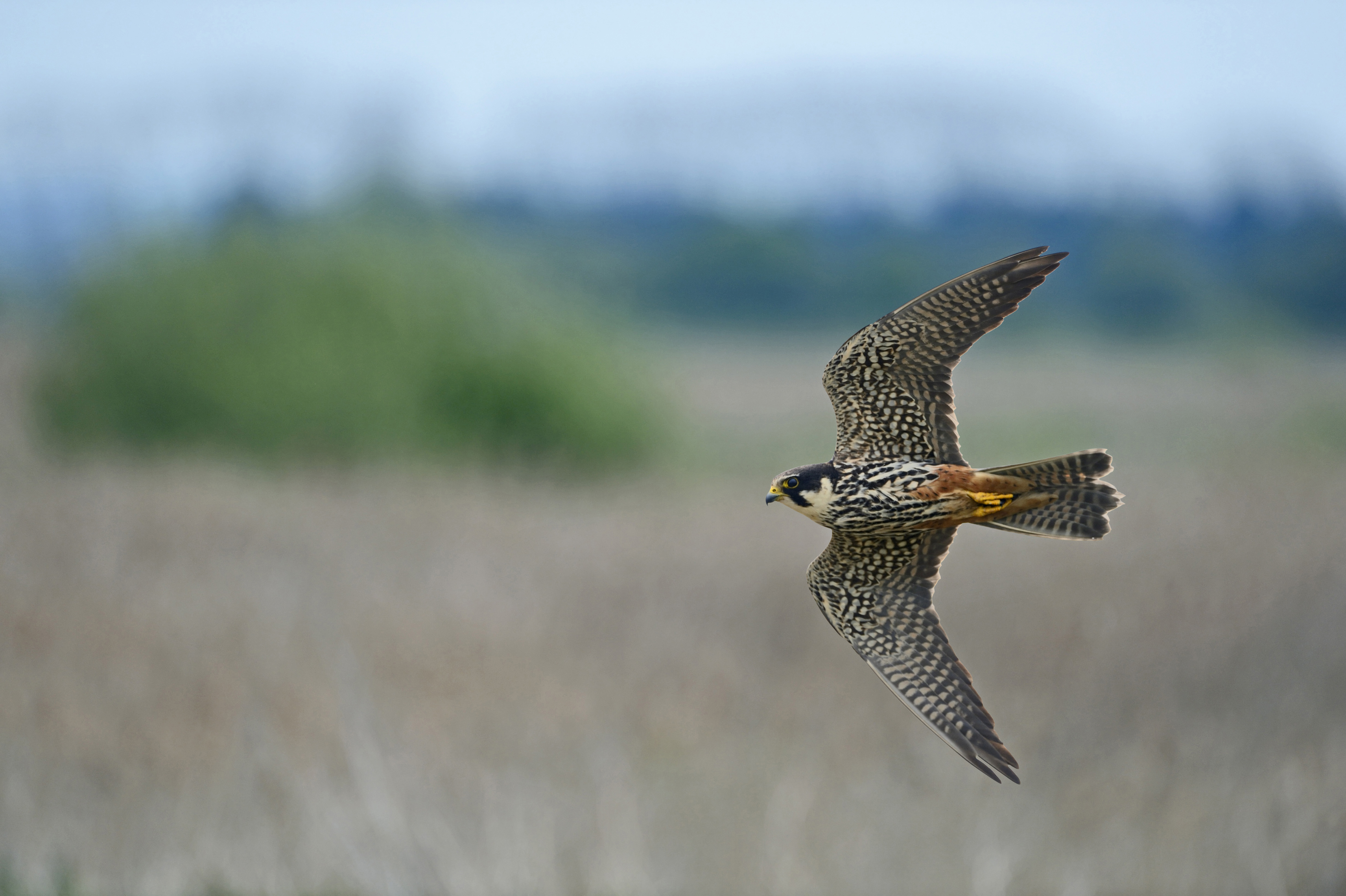 “Yes, the cold, dry April and the cold, wet  May meant the hobbies had little food for a while,” Craig Edwards, Warden at Dungeness, says. He also says he’s noticed the effects of climate change across the reserve. It rained so hard here in June that water levels were 10cm higher than usual. “It had a big impact on nesting birds such as bitterns. We believe this rise meant some nests were lost.”

The milder winters have meant a drop in the number of wintering wildfowl that visit Dungeness too.

“We used to record over 3,000 wigeon, but the numbers are now in the high hundreds,” Craig says.“And last winter, for the first time in years we didn’t have any smew recorded on the reserve at all. These were regular visitors to the reserve and a highlight for many people.”

So what’s going on? Craig says that as the climate warms, many species don’t have to migrate so far south or south-west to avoid harsh winter conditions. These bird populations are still healthy, but they are in different places.

“And last winter, for the first time in years we didn’t have any smew recorded on the reserve at all. These were regular visitors to the reserve and a highlight for many people.” 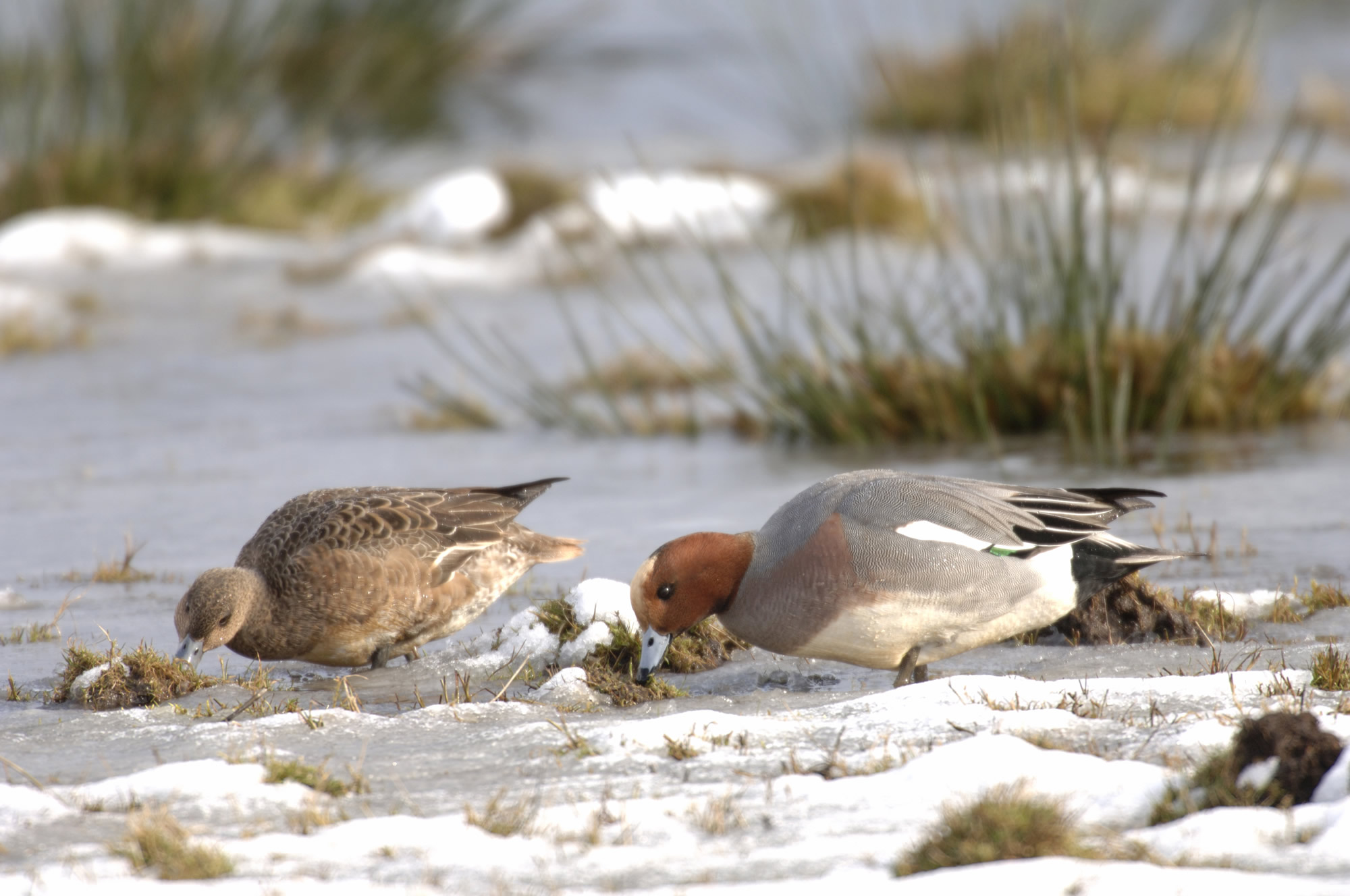 In Joe Shute’s brilliant book Forecast: a Diary of the Lost Seasons, the weather-watching naturalist catalogues the UK’s changing climate and its impact on wildlife. Swallows arriving from Africa a fortnight earlier. Frogspawn in November. Hawthorn in bloom in December. Adders seen out and about on Christmas Day. He says: “It is not overly dramatic to envisage our cherished four seasons eventually reducing to two: a growing season and a dying season.” 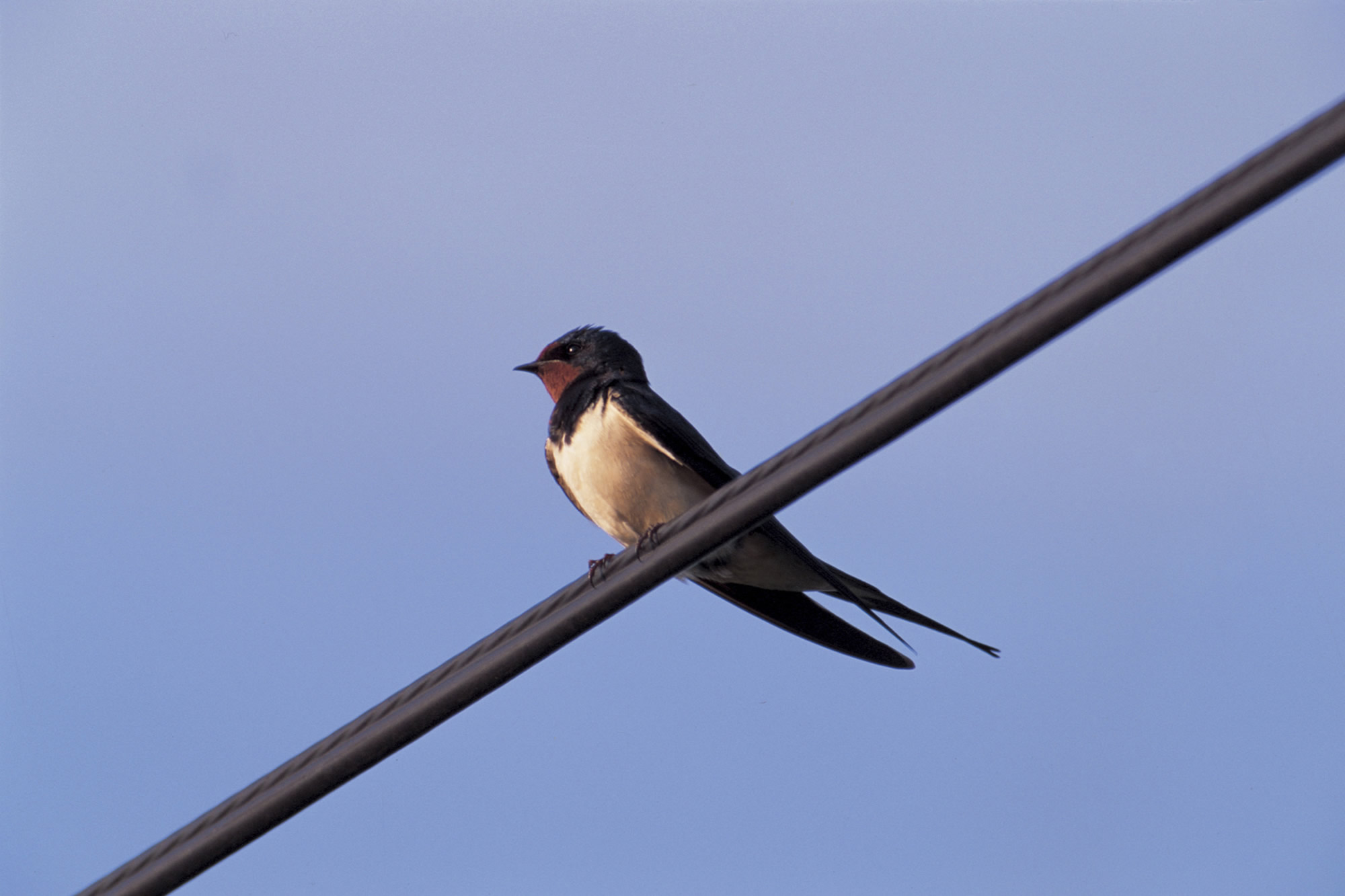 He notes that he has “started to sense not a seasonal cycle, but a spiral”.

So where is that spiral taking us, and how will wildlife cope?

Current projections for the UK’s weather, according to the Climate Change Risk Assessment, are that it will become warmer all year round, with higher rainfall in winter and drier conditions in summer. Storms will be more violent, and more frequent.

There’s also a shift in the timing of expected ‘normal’ weather, including a longer growing season, that has implications for nature. All of this will continue to disrupt our seasons, and with them, our wildlife.

"...the blue tits didn’t get the memo about the change of timings this year, and so were deprived of a major food source. The result was failed nests." 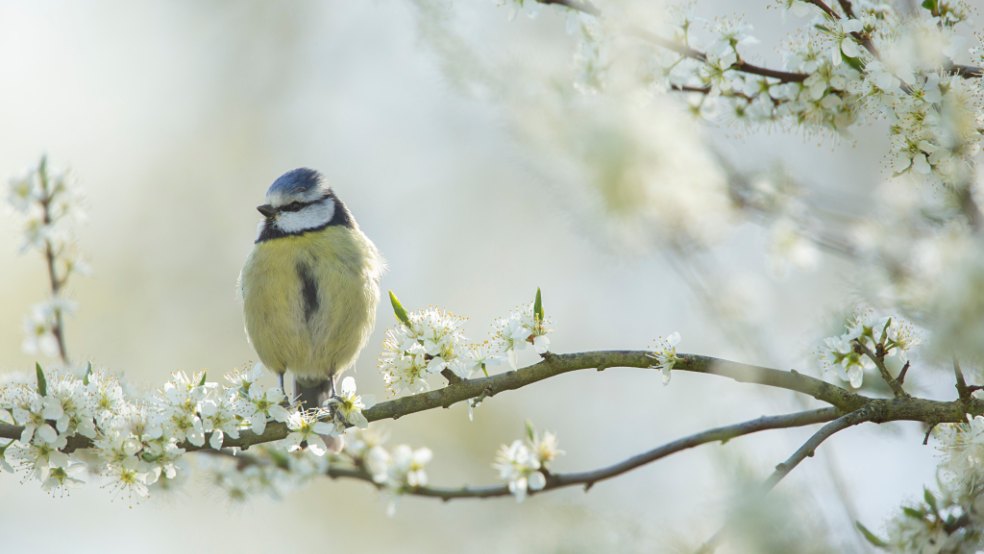 If you’re a Springwatch fan, you’ll know that 2021 was the first year when there wasn’t a blue tit nestcam on the show. The nest had failed before the programme aired. The reason – the dry April and drenched May caused oak trees to delay bursting their buds, and so the moth caterpillars that feed on the buds hatched late too. But the blue tits didn’t get the memo about the change of timings this year, and so were deprived of a major food source. The result was failed nests.

Malcolm Ausden, the RSPB’s Principal Ecologist, tells me how changes in climate may result in ‘phenological mismatch’, whereby age-old predator and prey life cycles get out of sync with each other. Migratory woodland birds that time their breeding to match up with peak insect availability, such as pied flycatchers, are vulnerable to the changing climate, he says. No one can tell them to set off from West Africa early or late if the insects are on a different schedule. 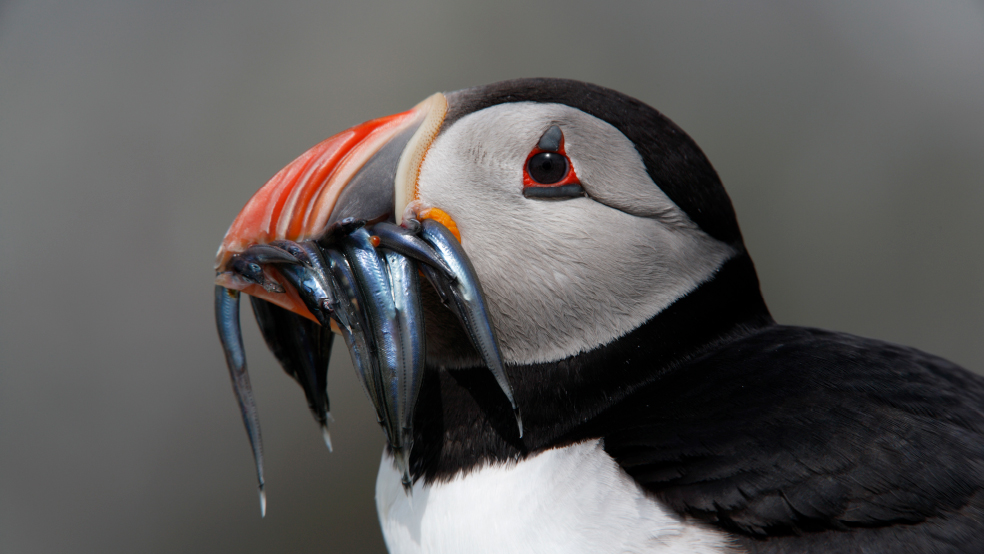 But there aren’t just problems in woodland. Our northern seabirds are also facing threats from climate change. Warming seas are disrupting the food chain and reducing the availability of sandeels. For species that depend on sandeels during the breeding season, such as Arctic skuas, puffins and kittiwakes, it poses a major problem.

As the world warms up, UK wildlife is advancing north – averaging an estimated speed of up to five metres a day. Some species are capitalising on the warmer new territory that is opening up for them northwards, and some are shrinking away from it as it smoulders at their toes to the south.

Malcolm Ausden notices the changes wherever he goes. “I was at the Latitude music festival in Suffolk two years ago,” he tells me, “and standing on a bridge I looked down at the water below and saw a Norfolk hawker dragonfly fly past. I’d never seen one here before. And then I noticed a lesser emperor, and small red-eyed damselflies. None of these three species were there 10 years ago.”

Malcolm says that dragonflies are able to disperse well and take advantage of the warmer conditions, expanding their range into new territories. But for species that are much more fussy about their habitat, or less mobile, the future looks less certain. 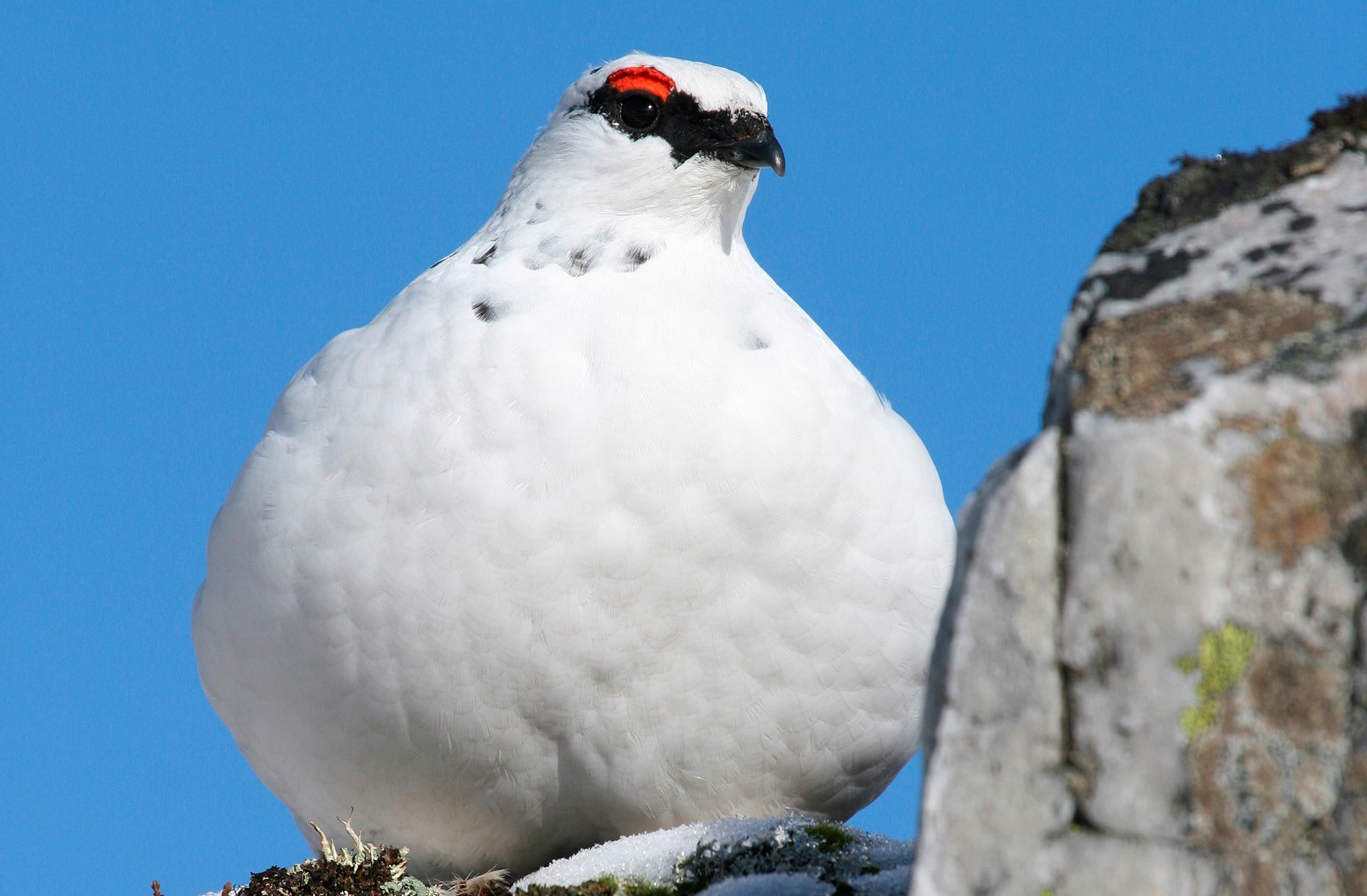 As species respond to climate change there will, of course, be a few who benefit as well as those who suffer. At my local wetlands, I love hearing the Cetti’s warblers that vocally pounce as I pass by with their startling ‘Hey! Who the hell are you?’ song. And it was a thrill this spring to get a glimpse of a pair of Dartford warblers skulking in the heath at RSPB Broadwater Warren nature reserve in Sussex. Both these species have been extending their range northwards in the UK in recent years. But at the same time, many birds that breed in upland heath, blanket bogs and mountains in the north are taking their first steps towards extinction as breeding species in the UK as suitable habitat is slowly pulled from under their feet.

Slavonian grebes, whimbrels and dotterels will all struggle to survive in their shrinking ecological niche. And pity the poor ptarmigan, inching its way up the mountain. When it gets to the top, where is there left to go?

Add the pressures of climate change to the other pressures that wildlife faces from development, pollution, disturbance and persecution, and it’s no wonder that more than half of the UK’s wildlife is in decline and one in every 10 species is at risk of extinction here. And the world is still getting warmer, the climate less stable. So what can we do about it?

Find out more in the final part of our series.