Active in Nature, funded by Sport England, launched as a pilot project on two nature reserves encouraging people to get active and closer to nature. It was such a success, we plan to roll it out across other nature reserves.

Getting people active in nature

Strumpshaw Fen in Norfolk and Rainham Marshes in Essex both offered a range of activities including kayaking, bouldering, running, Nordic walking and cycling. In total, 7,212 people took part in Active in Nature thanks to support from Sport England with funding from the National Lottery.

When Norwich-area resident Anna Thorpe’s father became terminally ill, she had only recently started running. She says Active in Nature came just at the right time for her:

“When my Dad finally died, I spent a great deal of time going to RSPB nature reserves to relax, and when I first heard about the Active in Nature project, I became excited to be able to combine my interests of both running and nature — perfect partnership!

"From going along to the #ThisGirlCan running group at Strumpshaw Fen, I then decided to become a volunteer Run Leader — a role that I love, and I love encouraging others and promoting the fact that they can do it too — even if they feel they can't. The Run Leader role is one that I feel can inspire others to engage with not only their own physical development, but also the natural world around them – noticing the birds, wildlife and taking more notice of their surroundings.

"Two years later, I am five stone lighter, hugely fitter and infinitely happier. For me it is not about being competitive — it's about the enjoyment and wellbeing it brings to me and to others; something I would never have believed I would love so much until I tried, and I hope that I can now use this to motivate others. I've even signed up to the Royal Parks Half Marathon for the RSPB to raise money.” 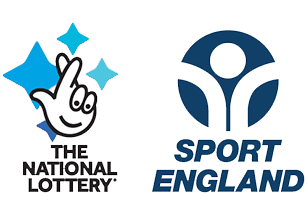