Swifts in Europe – A story of increasing successes

When I set up my first web site to try and help Swifts in London, the first really big issue we were asked to help with was in Spain, where the historic heart of a small town was being restored in a big project that covered all the old historic buildings with scaffolding and netting. Not surprisingly, the breeding Swifts and Swallows were getting trapped in the netting, and dying there.

A local man, Jorge Sanz, appalled at the slaughter, got in touch with us asking for help. We advised him on how to lobby the town authorities, how to get TV and radio coverage, how to work with schools and schoolchildren to build up knowledge and empathy, and we supplied him with lots of photos, leaflets, and information.
Jorge did it! He created a storm of public concern, got onto local TV, got through to the people running the project, and it was stopped. The town started to put up nest-boxes for Swifts and Bats, and also put up signage extolling the virtues of wildlife and biodiversity. A total about-turn!

This abrupt change of heart and policy by the authorities showed us what could be done by well-informed and intensely motivated local people, and also showed us that Spain could very well be an example to us all.

And it has gone on like that. I was invited to a major conference on Swifts run by the RSPB’s equivalent in Germany, NABU, in Frankfurt in 2003. There I met Swift activists from all over Germany and Switzerland, and had the wonderful opportunity of studying Erich Kaiser’s 90-strong Swift colony in his specially adapted home in Kronberg.

It was there that I learnt that Zurich, in Switzerland, had protected Swifts, and other birds nesting in houses, since 1929. This was a real eye-opener, no-one else had ever managed such a positive approach to preserving this species, and I think it encouraged everyone there to really get going.

It had an effect right there in Frankfurt, where Ingolf Grabow set up his Frankfurt Swift Group putting nest boxes onto town centre buildings, many of them offices, setting up more than 2000 nest-places in the subsequent years.

The result of that one brilliantly-conceived conference is that there are now Swift activists in local groups all over Germany and Switzerland, working away getting Swift Bricks and nest boxes into and onto every building that they can. 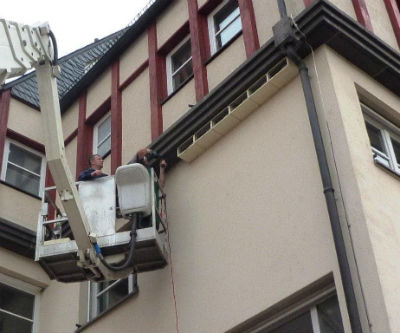 The Bethlehem Church in Hannover is another example of what these local groups have achieved. Rosie Schultz led a team there that combined school children with adults and they built nest-boxes for Swifts and Jackdaws and fitted them inside the façade and roof of this magnificent building, the Swifts gaining access through the original roof ventilation hoods. This achievement led to others, on new buildings as well as old. 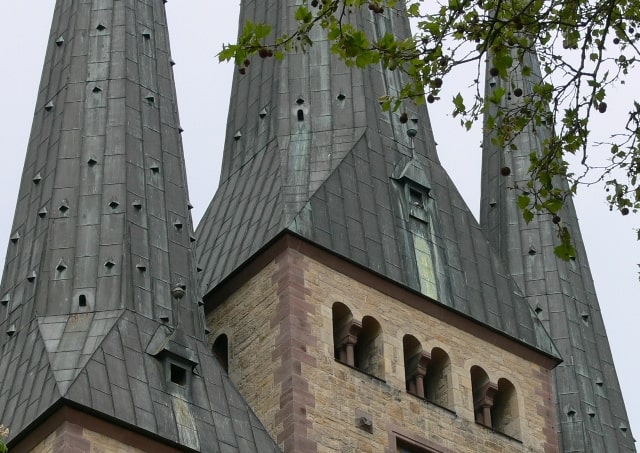 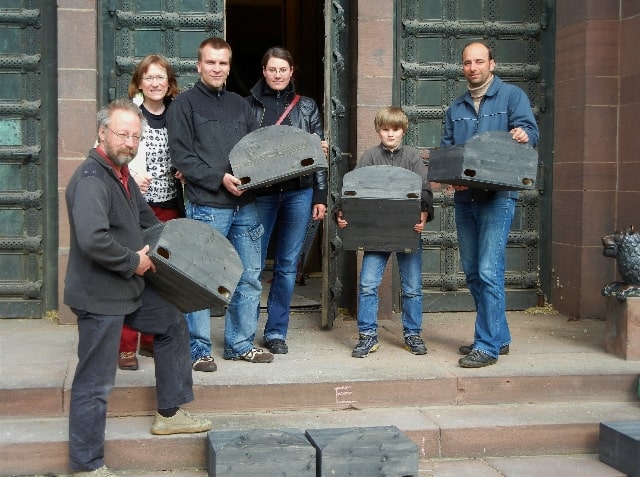 Nest-boxes ready to go inside the Bethlehem Church in Hannover: Rosie Schultz 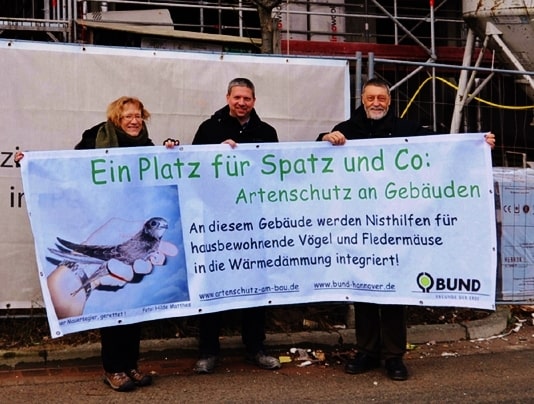 Rosie Schultz and team advertise their bird and bat nest-box project for a new housing estate in Hannover – integrated into the insulated walls: Rosie Schultz

But this was just the beginning; one man, Ulrich Tigges in Berlin, inspired by the Frankfurt conference, then started a series of international Swift conferences that spread the word far and wide, as far as the USA, Canada, Brazil and Indonesia, and throughout Europe too of course.

Now not just in Spain and Italy, but in the Czech Republic, Slovakia, Poland, Italy and France, Cyprus and Switzerland, there are people working for Swifts, House Martins, Swallows and Bats, all building dependent birds, setting up nest box projects and encouraging the protection of existing nest sites, all doing fine work against the never-ending pressures of modern development, ignorance and indifference, and getting there. As a result, the installation of nest-places for Swifts and bats has become very much more an accepted and desirable component for building projects right across Europe.

The Biennial International Conference on Swifts is now very well established too, the sixth will be held in Segovia in Spain in 2020, a beautiful town rich in Swifts, Choughs and birds of prey. It will bring people from all over the world who want to help Swifts, learn about them and ensure they survive and thrive. You should be there!