A bird’s eye view on the Queen’s reign

Queen Elizabeth II’s Platinum Jubilee is a celebration of truly historic occasion. This is the first time a British Monarch has reigned for 70 years. The Queen is our patron and much has changed for our wildlife since she took to the throne in 1952.

70 years of wildlife highs and lows

For one the skies are a lot quieter. The latest State of the UK’s Birds report says we have 38 million fewer birds in the UK compared to the late 1960s. But there have been some real success stories for our birds too. These have shown that together we really can make changes that can bring even the most threatened wildlife back from the brink. Here we pick out five highs and five lows for our bird life over the last 70 years.

Swifts may have returned to our skies for summer, but numbers have dropped by more than half between 1995 and 2016. The decline has been so steep that they were added to the red list of Birds of Conservation Concern last year. The reason for the fall in numbers is thought to be a loss of their traditional nest sites, as well as less insects to feed on. Learn more about how you can help.

For every 100 turtle doves we had in the 1970s, we now have 7. Yep, 7. This dainty dove which migrates thousands of miles to be with us every summer is now the UK’s fastest declining bird. The main reasons are thought to be a lack of suitable food and habitat to nest in as our farming methods have changed.
But there is hope. We are part of Operation Turtle Dove, which aims to reduce their decline by working with farmers, landowners and communities in key areas, such as Kent, Essex and Sussex. Find out more. 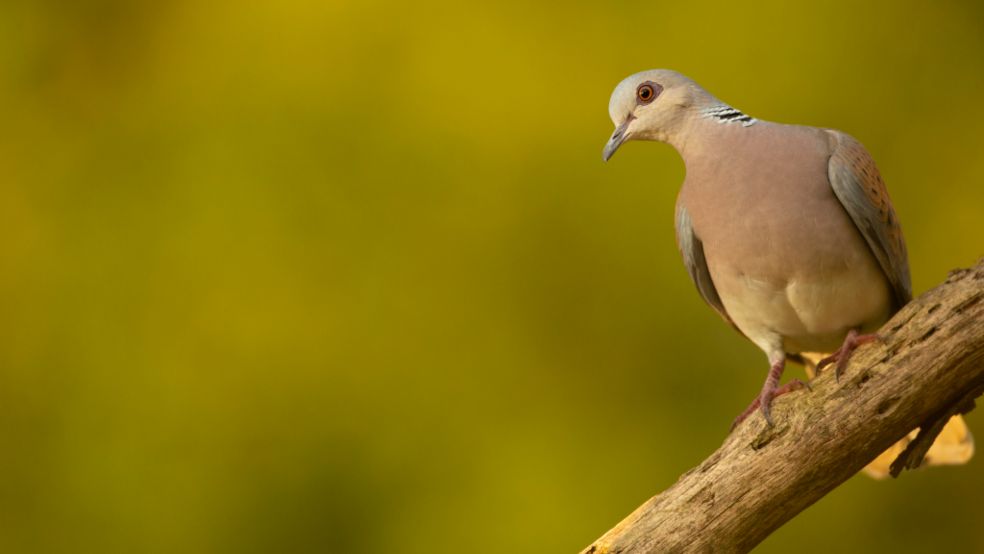 Another summer visitor which could disappear completely is the shy corncrake. These birds, around the size of a blackbird, fly from the Congo to raise their young here. They nest on the ground in tall grasses and are often only given away by their call which sounds like a big angry insect.

They were once seen throughout the UK but declined catastrophically during the 20th century. The main reason was the change to mechanical mowing of grasslands and doing it earlier in the year, which destroyed nests.

Since then, their fortunes have been mixed. There has been some support for schemes to help manage land in a more corncrake friendly way. But numbers are still low and the secretive bird can now only be found in Northern Ireland and Northern parts of Scotland. Find out more how we’re helping corncrakes.

Once a common sound of our uplands, the curlew’s haunting call is falling silent.

Like the corncrake, they are a victim to changes in how we use land, with their moorland and upland farmland nesting sites increasingly being intensified for agricultural use and forestry. They have declined by nearly half since the mid-1990s and today numbers remain unstable. The RSPB, along with partners, are working to improve habitat in the dedicated areas where curlews remain. Find out more.

The puffin may be a seabird icon, but they are in serious trouble. The clown of the cliffs live out at sea most of the year but return to land to raise their young. They eat and feed their chicks on small fish such as sandeels, which are becoming increasingly difficult for them to find. This is because of overfishing, pollution and climate change.

The decline has been so severe that they are now listed as being globally Vulnerable on the IUCN Red List and also on the red list of Birds of Conservation Concern here in the UK. Find out more about the threats facing puffins. 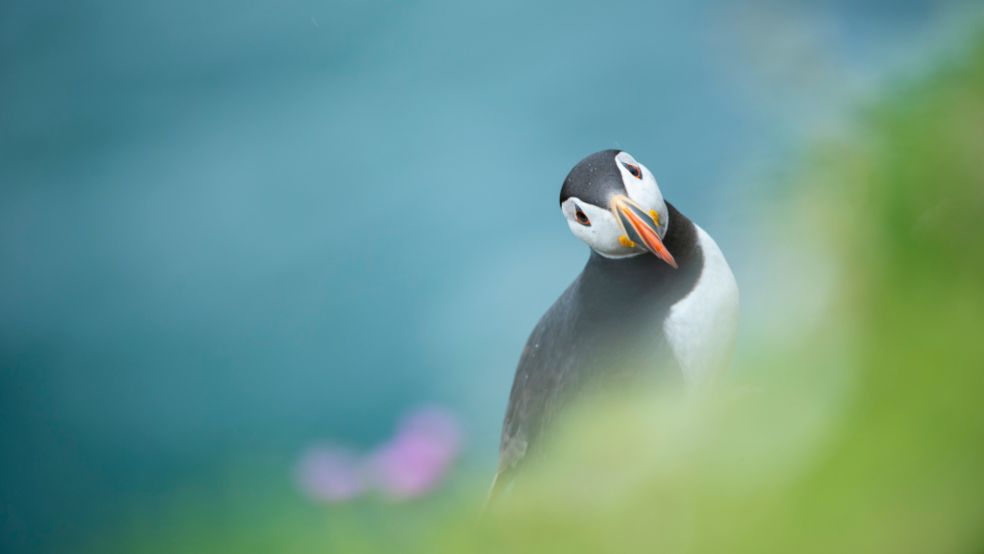 The glamourous goldfinch is now a gardens and park regular, with numbers doubling in the last decade. There are thought to be around 1.2 million breeding pairs in UK each year, with the colourful finches reaching seventh place in the RSPB’s Big Garden Birdwatch rankings in 2022. Often seen visiting feeders stocked with sunflower hearts and nyjer seeds. 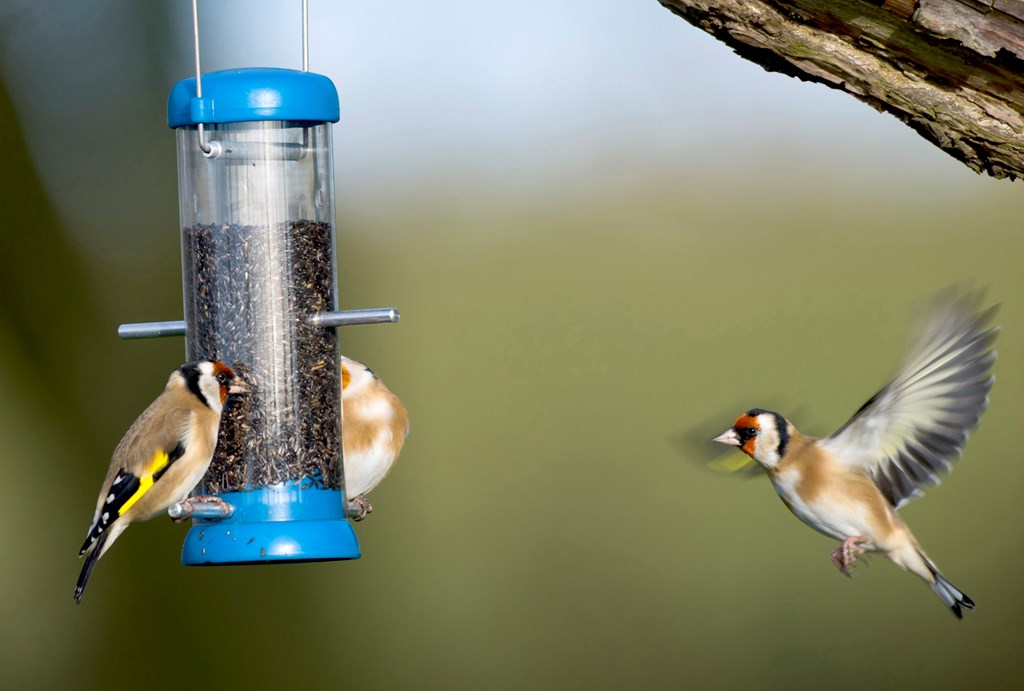 The bittern is an icon of what we can do when we restore landscapes for nature. In the late 1990s, this brown bird with a big booming call almost went extinct as the wetlands where they live were destroyed. But work to restore habitat across the UK, including at RSPB reserves, means today their numbers are at a record high, with a 66% increase in the number of places with nests. Find out more about their come back.

RSPB reserves have also been vital to the osprey’s comeback. This black and white bird which catches fish on the wing was persecuted to extinction across much of Europe in the 1800s. It wasn’t until the 1950s that they returned to the UK, with breeding attempts taking place at Loch Garten in Scotland. This later became an RSPB nature reserve specifically for the conservation of ospreys. Since then, more than two million people have come to the reserve to see the ospreys, with many more tuning into the live webcam from the ospreys’ nest.

Thankfully, the protection of these birds has been a huge success and numbers have increased to around 300 nesting pairs in the UK. Visit the latest webcam of the osprey nest! 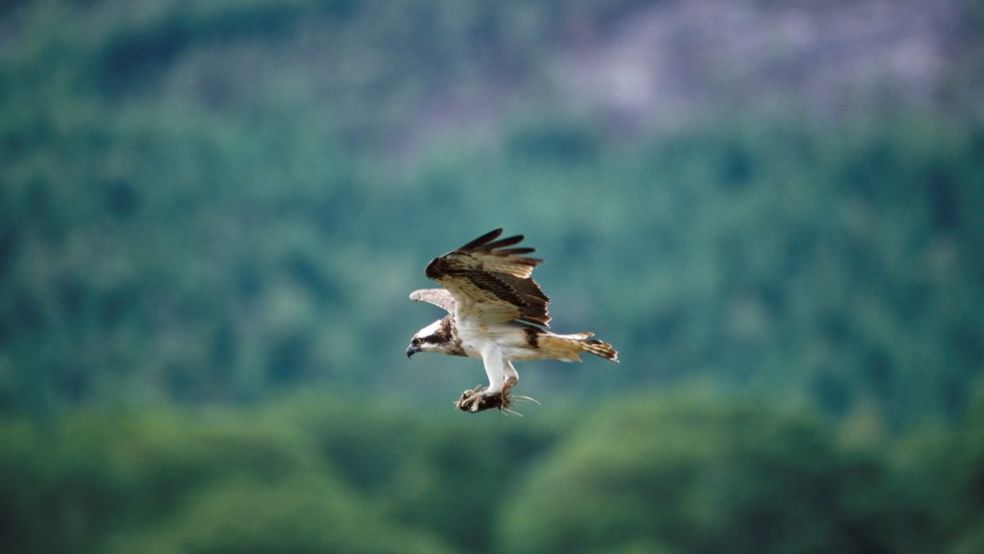 Red kites were also on the brink of extinction in the UK in the early 1900s because of persecution.  To try and spot this large rusty red bird with a forked tale you had to go to Wales where a handful remained.

A re-introduction programme in England and Scotland changed everything and over the last two decades red kite numbers have soared to an estimated 4,600 breeding pairs in the UK.  This dramatic increase makes it one of the biggest species success stories in UK conservation history. Find out more about the success story.

This little white heron has a made a big impact on UK conservation.  More than 130 years ago, fears over the little egret’s fate helped to form the RSPB.  Back then, the plumes of these birds were highly desired by the fashion world and they were more valuable than gold. The RSPB first campaigned against the feather trade back in 1889.

Now, this once rare visitor from the Mediterranean is making a comeback. As recently as 1960, there were only 33 of these small white herons recorded in the UK. But thanks to natural colonization here, the breeding population is now thought to be between 660-740 pairs, with 4,500 wintering here.