Have you ever been underestimated? If that burning indignation is familiar, you’ll feel a kinship to these underappreciated animals. From a bird that spends its life flying between the Earth’s poles, to a rare spider with a tender side, these species couldn’t be blamed for feeling outraged at all the attention their flashier cousins get. Make space in your heart for these lesser-known wonders. We think they are astonishing.

Now that’s what we call dedication

Parents of high maintenance children will relate to the fen raft spider.

Some people can’t help but feel a little…twitchy at the thought of a spider scuttling across the carpet. But this is an eight-legged friend you can admire from afar as you won’t find any under your bed. They live in ditches and pools in chalky wetland.

Arachnophobes may want to put down their drinks for this next bit… They are one of Britain’s largest spiders and females can grow almost as large as a human palm. These strikingly beautiful spiders, with cream stripes contrasting sharply against dark bodies, make devoted mothers. Females build an egg sac and carry it around with them, dipping it into water every few hours to keep the eggs moist for about three weeks. The mother doesn’t eat during this time. She’ll spin a silk nursery web up to 25cm across (about the size of a regular pizza) suspended above the water between plants for her tiny spiderlings. After the young disperse, the females have a few weeks to recover and then have a second brood.

Until 2010, there were only three known populations in the UK, leaving the species at risk of extinction. But a pioneering partnership project helped populations thrive on RSPB land in the Norfolk Broads. The Wildlife on RSPB Nature Reserves 2021 report, released today, showed they were found in 111 hectare-grid squares in Mid Yare, beating our target of 100 hectare squares. The total population is believed to exceed thousands of females now. Our careful restoration of grazing marshes created the perfect vegetation mix for nursery webs and plenty of prey for the spiders. 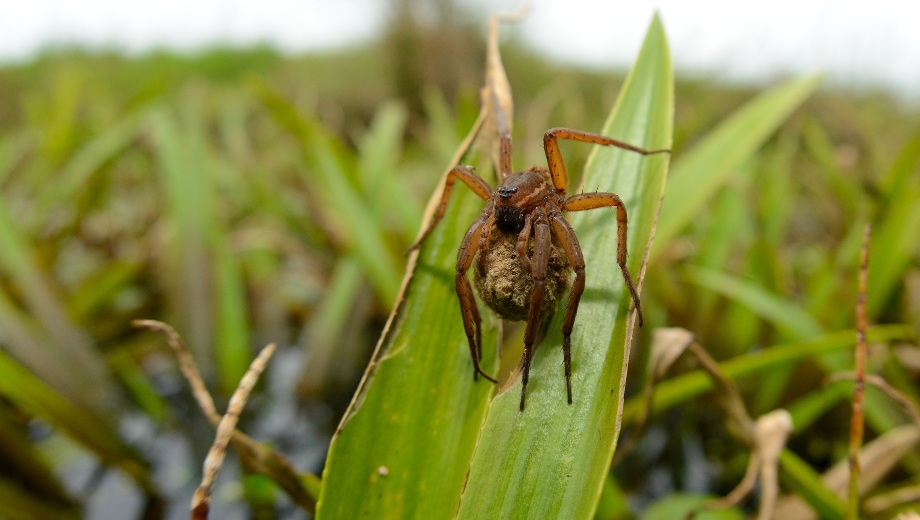 "This is one of the UK’s rarest invertebrates, as beautiful as any, and we are really proud of the part our reserve and our team has played in its recovery."

"The females are impressive in size, but elegant and quite beautiful, even to an arachnophobe (like me)."

"The spiders are only seen in the grazing marsh ditches, and are fairly shy, but are easy to find June to September when the mature females have their young. They are found mostly away from public access but, for people who do want to see them, the good news is they are increasing and spreading towards the meadows at Strumpshaw where we hope they will soon be visible to visitors."

If you had three wishes…

Shapeshifting into a favourite animal is a standard daydream. A bird of prey, horse or big cat are popular choices, but we wouldn’t want you to miss out should you come across a stray genie or receive a surprise visit from a fairy godmother.

Imagine how joyful life as an Arctic tern could be. These sea swallows fly from Antarctica to the Arctic Circle each year, chasing the sun, leisurely meandering across oceans, beholden to no one. They must be one of the freest creatures on the planet.

With new micro-tracking devices, we know one Arctic tern covered 60,000 miles in a single migratory journey, the equivalent to twice around the world.

But even Arctic terns feel the irresistible tug of home. Many return to within a few centimetres of the same nest site every year.

These small seabirds were born to fly long distances. Arctic terns are so lightweight—with small bodies, short legs, and narrow wings—they can glide through the skies on a breeze.

And they see more daylight than any other species.

Considering these birds are on life-long sojourn, they have a lot of pent-up angst and are known for divebombing anyone that makes the mistake of coming near their nests. 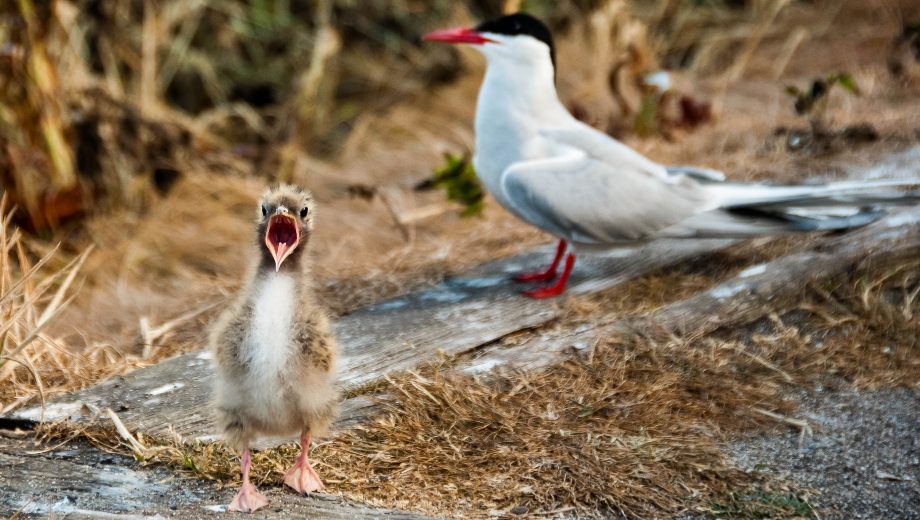 Despite their incredible range, Arctic terns are amber listed due to fish shortages. Arctic terns have suffered huge crashes in population in the North of Scotland due to shortages in sandeels (usually their main food source).

But the Wildlife on RSPB Nature Reserves 2021 report shows good news for Arctic terns at The Skerries (a tiny island off the coast of North Wales). They abandoned the site completely in 2020. But last year 2,976 pairs returned.

"In 2020 the abandonment was because the site was unwardened due to Covid (for the first time in c20 years), and a pair of peregrine falcons took up residence on the lighthouse. We are pretty sure their presence caused the desertion. So it was astonishing that numbers were even higher in 2021 than in 2019."

"Some of the birds have leg flags, which made it possible to identify some of them at other colonies in 2020 – they tried to breed elsewhere having deserted the Skerries. It shows how site faithful they usually are that they came back the next year."

He said working at the Skerries is “absolutely amazing” and the reserve can be a “pretty intense place to be” as the sky is thick with terns, and wardens run the risk of being divebombed if they enter the colony. The colony completely surrounds the lighthouse where the wardens live.

Ian added: “But it is also an absolute privilege to work here – to see eggs being laid, chicks hatching, growing and fledging. It is a fantastic place to visit – and (although I have never spent a night on there) must be an incredible place to live."

“Arctic terns certainly are one of the most amazing species on the planet.” 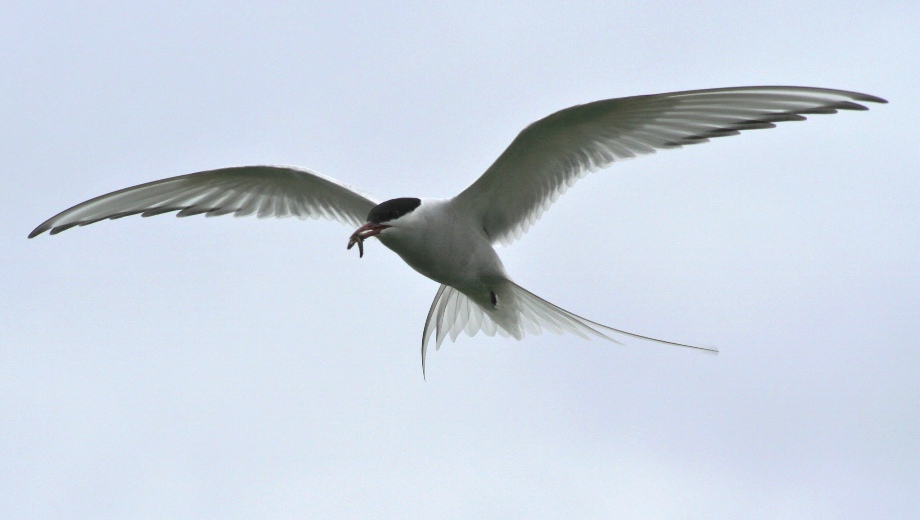 Do cities make you feel claustrophobic?

And do isolated landscapes ease your anxieties?

Curlews could be the bird for you.

There are few truly wild places remaining in Britain but curlews choose these places – heather moorland, wetland and peatland – to raise their young away from humans. Curlews are cryptic features of our wildlands. Their song, which heralds the start of spring, is one of the most evocative sounds of the British countryside. St Beuno is said to have blessed curlews and legend has it that this is why it’s so difficult to find curlew nests, a vulnerable scrape in the ground.

Their populations declined so sharply scientists are more concerned about curlews than any other British bird. They are on the UK Red List for birds. The habitat they rely on is disappearing and high levels of predation on their nests is making the situation worse. 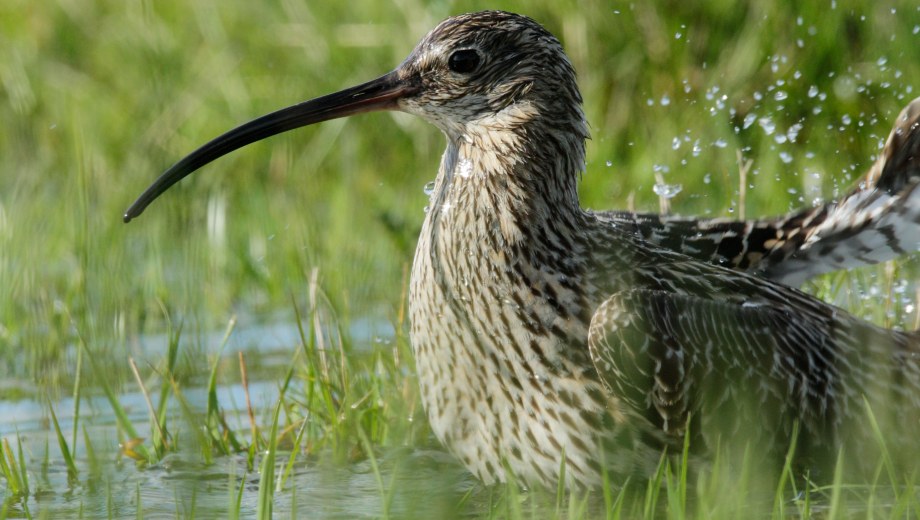 But curlews have been holding their own on many RSPB sites, according to the Wildlife on RPSB Nature Reserves 2021 report.

There was good news at RSPB Otmoor nature reserve in Oxfordshire, where the reserve team are closely watching curlews. Nine curlews fledged in 2021 after staff put temporary electric fences around nests to keep foxes away. Meanwhile, at RSPB Lower Lough Erne in Northern Ireland, 183 pairs of waders were recorded, including 37 pairs of curlews.

They move with the cautious precision of a teenager sneaking across squeaky floorboards after curfew.

Their colouring blends into the background, with pale cream and brown feathers that merge into the reedbed shadows.

And the male mating call is so loud you can literally hear it from miles away.

Bitterns are Britain’s loudest bird. But for an animal that earned itself the nickname “booming bittern” they put a lot of energy into hiding away. They are so elusive that conservationists count them by listening for the males’ distinctive booming call. Like a famous singer who brings the roof down at a sold-out performance but slinks away in a blacked-out 4x4: long gone before the paparazzi even unpacked their cameras. 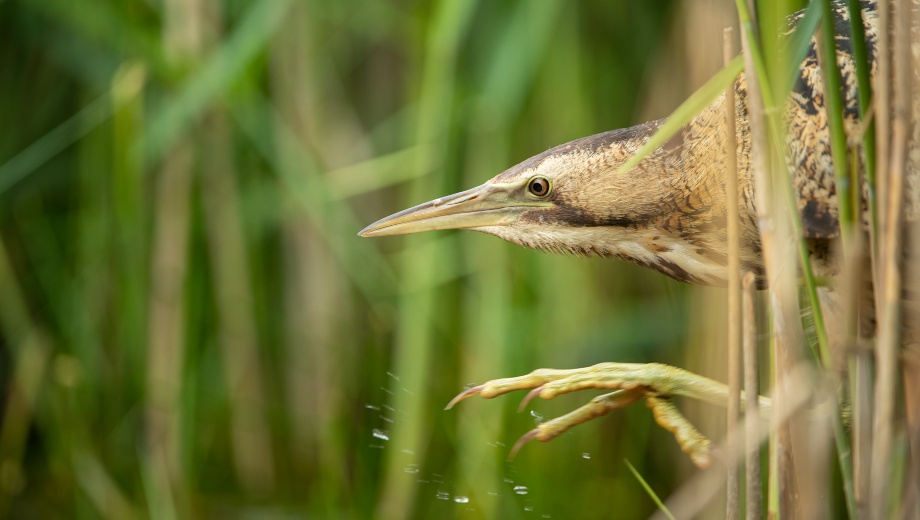 This enigmatic bird has battled extinction not once but twice. Bitterns completely disappeared from Britain in the 1870s. Although the bashful bird with a big voice made a comeback in the 20th century, bitterns were back at the brink of extinction by 1997 when numbers dropped to just 11 males. Now the RSPB is celebrating the bitterns’ best year since records began with 108 boomers in RSPB reserves alone.

As the Wildlife on RSPB Nature Reserves 2021 report shows they bred for the first time in 2021 at RSPB nature reserves Middleton Lakes, Burton Mere Wetlands and Silverdale Moss.

Read about how the Wildlife on RSPB Nature Reserves 2021 report shows giving nature more space can help give nesting birds a boost, in our press release.

Would you like to learn more about the inspiring conservation work at our reserves?

The Wildlife on RSPB Nature Reserves 2021 report is out now! Discover our ecologists' analysis of the RSPB nature reserves and how this helps inform our conservation work.

Would you like to learn more about the inspiring conservation work at our reserves?

The Wildlife on RSPB Nature Reserves 2021 report is out now! Discover our ecologists' analysis of the RSPB nature reserves and how this helps inform our conservation work.