The results of the first ever national turtle dove survey have been published. Whilst the survey is as a result of fantastic effort from volunteers, the population now stands at around 2,100 territories, down from an estimated 125,000 in 1970. Although the results are sobering, there is hope for this ‘sound of summer’ resident.

Having declined by 98% since the 1970s, the turtle dove has the unenviable claim of being the UK’s fastest-declining bird species. The population is now at such a low level that the Breeding Bird Survey -  the long-term monitoring scheme for birds in the UK, run by the British Trust for Ornithology, Joint Nature Conservation Committee and RSPB - is no longer able to pick up what’s happening with the population.

We needed a new approach to give us a comprehensive overview of the current size of the UK's remaining breeding turtle dove population and to identify where they were. 2021 saw the first dedicated national Turtle Dove survey take place. The aims of the survey were to provide a revised population estimate for the UK and a create new baseline to help monitor future trends and the effectiveness of current conservation action.

To explain the results of the national turtle dove survey and what can be done to help, we spoke to Senior Conservation Scientist Simon Wotton, Conservation Officer Bethany Kiamil and farmer John Parish. You can hear their thoughts in the video below.

A total of 1,643 one-kilometre squares were surveyed across their UK range last year, which is an amazing effort. The provisional results show that there are only around 2,100 territories left in the UK, down from an estimated 125,000 in 1970. The species is increasingly becoming concentrated in eastern and south-eastern England, with Kent, Suffolk and Essex holding most of the population; however, other hotspots were found in eastern counties up to North Yorkshire.

It’s hard to imagine now, that there were records of flocks of up to 800 Turtle Doves in East Anglia during the 1970s. However, the RSPB and other partnership organisations are currently working on different aspects of Turtle Dove conservation, and it is hoped that the 2021 survey will represent the lowest population point.

Research shows that the decline of turtle doves is being driven by two main factors: the loss of suitable habitat on the breeding grounds and unsustainable levels of hunting when they migrate through south-west Europe on spend the winter in Africa.

Identifying the factors driving the decline have helped us identify the solutions. This includes working with farmers, landowners and volunteers who play a key role in supporting turtle doves in the UK.

Operation Turtle Dove is a partnership between the RSPB, Fair to Nature, Pensthorpe Conservation Trust and Natural England, aimed at reversing the decline in this farmland bird. The project is targeting the restoration and creation of turtle dove breeding habitat, which holds the key to securing a future for turtle doves in the UK.

Conservation advisors in key counties are on hand to provide guidance to landowners and farmers on creating turtle dove habitat and providing supplementary feeding. More information, including freely available guidance and advice on managing land for Turtle Doves, is available on the Operation Turtle Dove website.

Providing suitable habitat for nesting and feeding is critical to ensuring this species success. It is important that the new agri-environment schemes in England continue to support farmers who implement wildlife-friendly measures on their land. 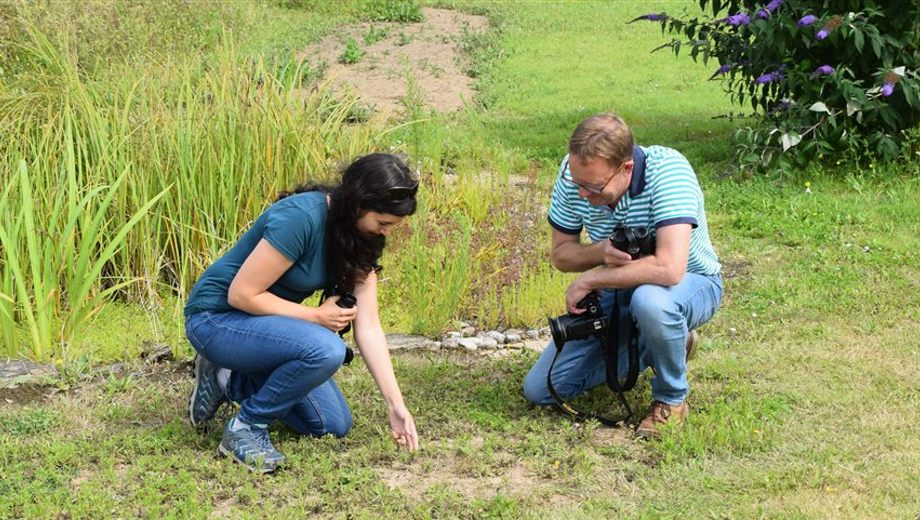 A ban on hunting

Turtle doves are also threatened by unsustainable hunting on migration. In 2021, a hunting ban was put in place along the western flyway, covering France, Portugal and Spain.  These are the three European countries through which all turtle doves that breed in North-western Europe, including the UK, migrate. Over a million turtle doves have been hunted annually in these countries in recent years.

There is every expectation that this ban will be repeated over the next few years at least, as part of a long-term strategy, agreed and being driven by the European Commission, to ensure that any future hunting is carried out on a truly sustainable basis.

The RSPB played a pivotal role in developing the science, species action planning, and international policy work, that led to the hunting ban, and calls for a sustainable long-term management system that will allow the recovery of the species on a continental scale.

If we can get both conservation approaches running simultaneously then we stand a very good chance of recovering the population in the long run. Ideally, we would be keen to repeat the national survey in around 5 years’ time to assess any population change, and the 2021 fieldwork represents a fantastic baseline to measure the impact of the targeted conservation action.

Thank you to everyone who took part

We would like to acknowledge the nearly 1000 volunteers, farmers, study groups, county bird clubs and other organisations who helped by either carrying out a survey, coordinating them, or allowing access for a survey to take place

Without them, undertaking this survey would not have been possible, so a big thank you to all those involved.

Want to help out?

We encourage everyone to continue to look out for Turtle Doves and submit sightings to Birdtrack. Every record helps improve the picture and target conservation action for Turtle Doves more effectively.

The 2021 National Turtle Dove Survey was a partnership project coordinated by the RSPB, Rare Breeding Birds Panel and Kent Ornithological Society, with support from British Trust for Ornithology (BTO). The survey was funded as part of ‘Action for Birds in England’, a conservation partnership between Natural England and the RSPB.