Not everyone has an encyclopaedic knowledge of birdlife and even keen birders may not have gotten into their stride before adulthood. But most of us are taught at a young age how to identify a robin. So when you catch a glimpse of a robin cocking its head with a cheeky glint in its eye, it awakens glimmers of all your past robins: the one that perched on a spade handle in your childhood garden, the robin that cheered you as you sat on a park bench and the first snow you remember with a robin splashing shocking colour against a blanket of white.

It may be bitterly cold outside but the warm surge of recognition when a robin redbreast flits past you makes it worth stepping out into the midwinter chill.

Robins may look like little, peaceful birds as they nibble on the mealworms you leave out, but they lead a life of high drama. Sometimes they even fight to the death over territory and in winter can face a desperate struggle as a day’s bad foraging for food can put their life at risk. Read on for facts that will make you more entranced by these gregarious garden visitors.

RSPB is pleased to be a partner of the latest Aardman/Netflix film collaboration, Robin Robin, released earlier this month. You can now watch the heart-warming tale about a robin brought up by a family of mice that sneak around searching for food.

You and your family can join in with the special Robin Robin themed trails and activities on many of our RSPB reserves. Pick up an activity pack and follow an audio trail, with special messages from the star of the film.

Robins are quite the songsters and are often mistaken for nightingales. They aren’t the sort of performers who like to save their voice and are one of the few birds in the UK that sing all year round. 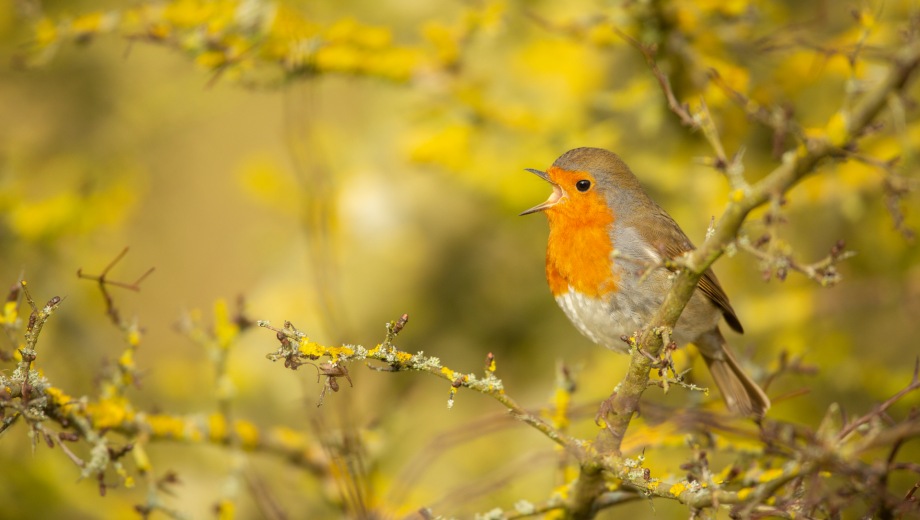 If birds partied, hosts of the more awkward soirees would breathe a cheep of relief when the robins turned up. They tend to be among the earliest birds to start the dawn chorus and one of the last to stop in the evening. Robins would be the one leading interesting conversations in the kitchen after everyone else has gone to bed: streetlights can trigger singing in the middle of the night and if roosting robins are disturbed they can burst into song in complete darkness.

Female robins hold their own territories in the winter and sing the same song as males this time of year.

The spring song, which can start as early as mid-December, is more powerful in males as its purpose is to attract a mate as well as defend territory. Autumn song starts after the moult, from late summer onwards and is more subdued and melancholier than the upbeat spring version.

Robins have fleeting romances, defending their territory as a mated pair in summer. If the weather is mild this year your local robins could start courting each other as early as January. But breeding season doesn’t get into full swing until March.

We can’t tell how the gentle Robin Robin would have responded to an intruding robin but the sole purpose of a robin’s breast is defence. A patch of vivid orange triggers territorial behaviour and robins are known to persistently attack stuffed robins and even tufts of feathers. 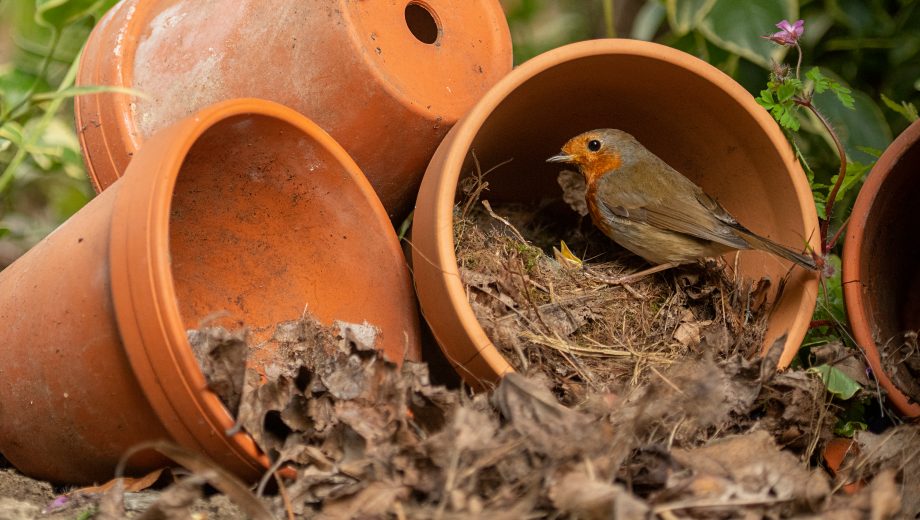 As a parent, Robin Robin would have built the cup nest alone using dead leaves and moss and lined it with hair. A clutch (normally 4-6 eggs) can be 90% of a female’s body weight. So her mate brings her food during the nest building and egg laying.

Robins will desert the nest if they think it’s been discovered - best to stay clear.

Females incubate the precious eggs for 13 days and when they’ve hatched, she sometimes eats the shell for extra calcium.

Young robins are cared for up to three weeks after fledging, mostly by dad as mum will be preparing herself for the next nesting effort. Most pairs of robins will try and raise three broods of chicks a year, but some manage as many as five.

Robin Robin was lucky - only about 57 per cent of eggs become fledglings.

Despite being fiercely territorial against their own kind, robins don’t normally bother about birds of other species near their nests. In fact their parental instincts are so strong they are often spotted feeding chicks of other species. Song thrushes, blackbirds, spotted flycatchers and willow warblers are the chicks and fledglings most likely to get a surprise robin snack.

On average, robins only live a couple of years. The oldest known wild individual was 11 years, 5 months.

Winter weather can feel draining but imagine being a robin – they use up to 10% of their body weight during one cold night. Leaving out food on a bird-table can mean the difference between life and death. 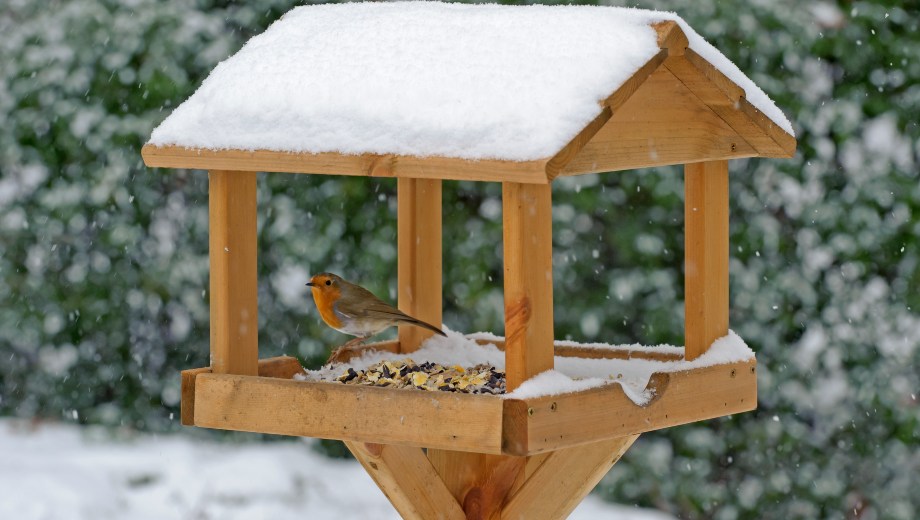 Robins are omnivorous, eating everything from fruit to spiders. They like mealworms best of all.

Biscuit crumbs, dried fruit, hard cheese and stale cake will also go down well. Peanuts are more likely to be taken if they are crushed or shredded.

British robins will not enter standard nest boxes with round entrance holes, but they do like open-fronted boxes. They are famous for nesting in all kinds of unlikely locations; sheds, boots, kettles, coat pockets, under car bonnets and even on boats.

Facts about robins you'll want to tell your family and friends

Each robin has a unique breast pattern and can (with difficulty) be recognised individually.

British robins are famous for their tameness, but on the Continent they are shy and generally unapproachable.

Juvenile robins only grow the red feathers after their first moult.

British robins seldom move far from where they hatched, but many Finnish and Swedish robins migrate to the Mediterranean for the winter.

Until the early years of the 20th century the robin was usually known as the redbreast.

The robin is a member of the thrush family, so is related to the blackbird and the nightingale.

The robin was declared Britain’s National Bird on December 15th, 1960.

The first British postmen wore red coats and were nicknamed robin or redbreast.