Hidden gems in the misty mountains

2,000km off the coast of west Africa a tropical island rises from the sea. Clouds cloak the mountains in a protective blanket, creating a perfect breeding ground for species that don’t exist anywhere else in the world.

2,000km off the coast of west Africa a tropical island rises from the sea. Clouds cloak the mountains in a protective blanket, creating a perfect breeding ground for species that don’t exist anywhere else in the world – there are daisies that mutated into trees, blushing snails, and woodlice that glow under UV light.

This ‘cloud forest’ is home to over half of the unique species that live on this island, a UK Overseas Territory called St Helena. And the cloud forest is in trouble.

The discovery of an island

Humans only discovered St Helena in 1502, when the Portuguese arrived and soon realised its potential as a valuable stopover spot. As often happens, the arrival of humans meant the inadvertent introduction of rats and mice. They also brought with them goats for meat, and these goats, rats, and mice, began to chomp, munch, and tramp their way through much of the plant and animal life.

The problems for the local wildlife only increased when the British colonised the island in 1659. They began cutting down the trees for timber and planting New Zealand flax, a plant used for making rope for ships, for export.

The scattered pieces of the cloud forest

After hundreds of years the cloud forest is now torn into 120 scattered pieces. Many species were lost – in fact, the most recent extinction on UK soil was the St Helena olive tree which went extinct in 2003.

This tearing apart of the cloud forest also threatens the 4,500 people who live on St Helena. Almost half of the island’s fresh water is provided by these high peaks, with 60% of that being obtained via mist capture.

The island has already faced three severe droughts in the past decade when the whole island was at risk of running out of water, and the climate crisis is only predicted to make matters worse.

The people piecing it back together

The good news is, there are already formidable teams of conservationists battling to save the cloud forest and the plants and animals that call it home. People are doing everything from growing seedlings in tubs in their gardens, to lobbying government, to conducting DNA analysis. It’s impossible to name everyone involved, so here are just two examples of the tremendous work being done to save the cloud forest.

Vanessa Thomas-Williams, Nursery Officer, has been fighting to save the cloud forest since the late 1980s, and now runs a whole team that works to create seed banks, remove invasive species, and learn about genetics through DNA testing (and that’s the tip of the iceberg!). 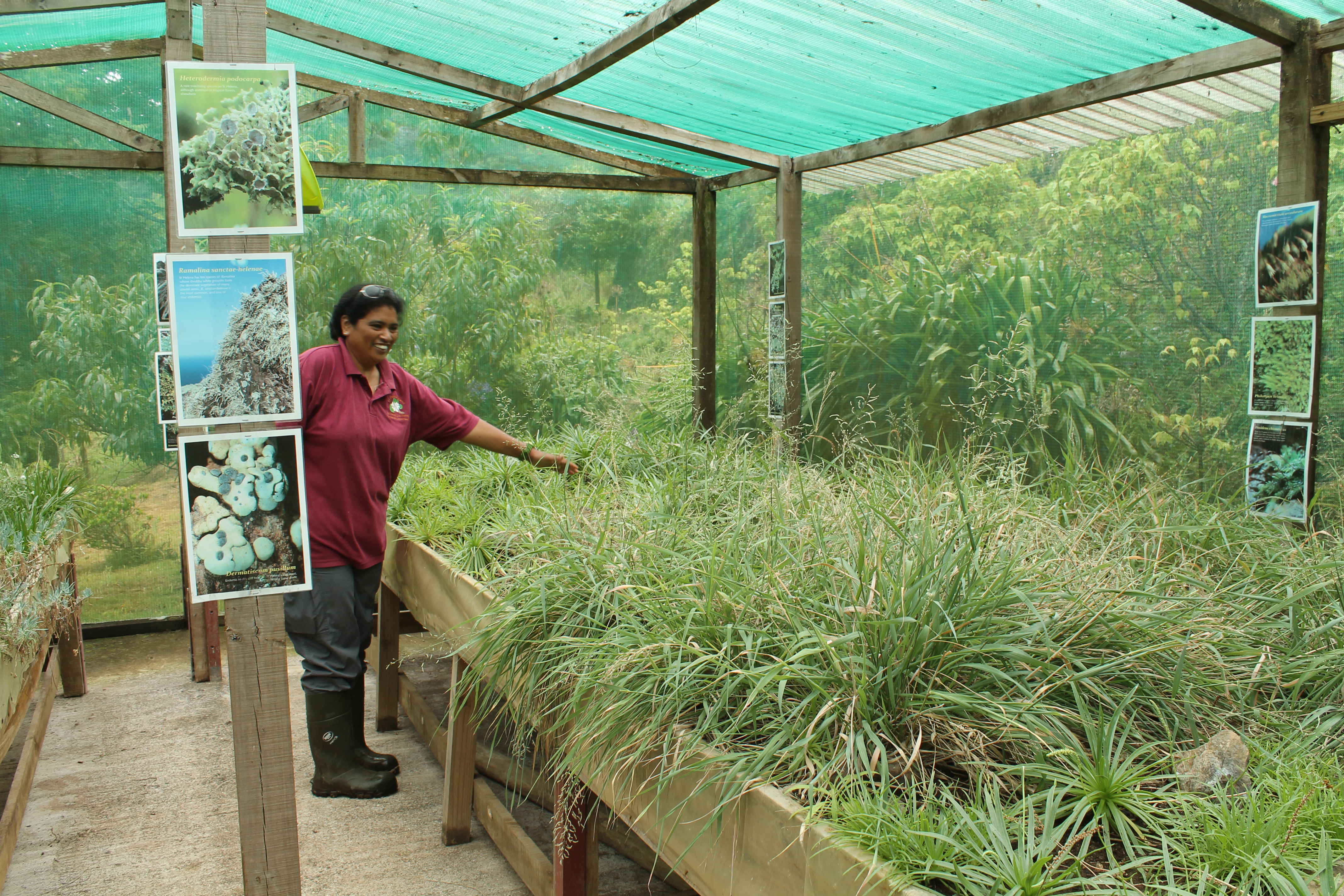 At one point, for example, she and her team believed that a tree called the bastard gumwood was totally extinct in the wild. They did all they could to create more using ones grown in captivity, but it was proving nigh-on impossible. Only around 1 in 1000 seeds germinated successfully.

Then, miraculously, they found one single bastard gumwood, standing alone in the landscape. Now, due to their hard work and the wonders of cross-pollination, they have over 6,000 false gumwoods growing in living gene banks.

Dr Rebecca Cairns-Wick has also been working to save the cloud forest for decades, ever since her first arrival on the island in 1993 (back then, the only way to get to the island was on a Royal Mail boat). In 2002 she founded the St Helena National Trust, and by 2012 the team had already planted 10,000 native trees thanks to donations from people across the entire island. The team works constantly to battle invasive species, create new environment for endangered invertebrates and plant life, and raise awareness and funds to continue connecting those fragmented parts of the forest. 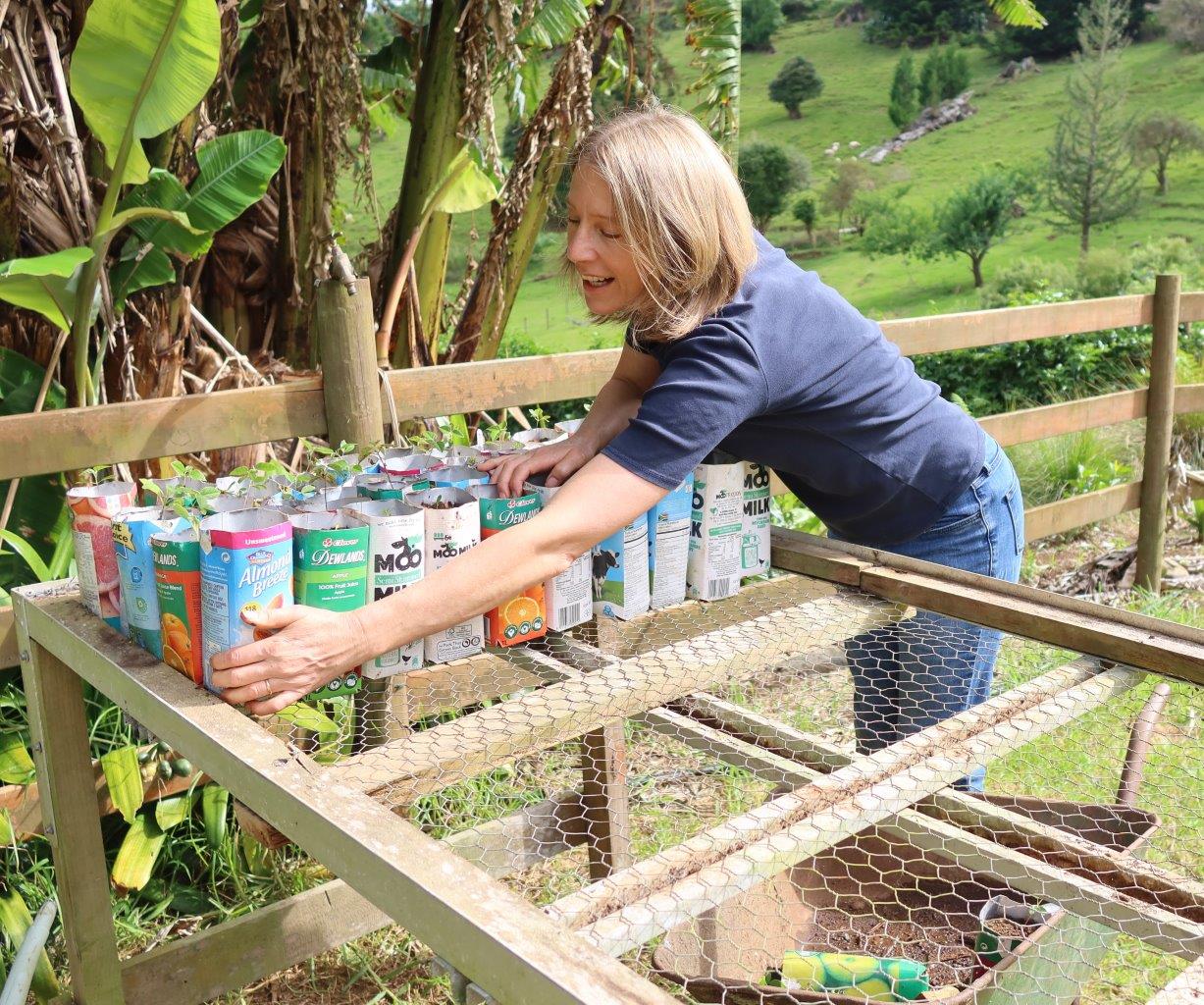 Hope for the future

The RSPB has worked with partners on St Helena for over 20 years, providing both funding for research positions and helping to guide the strategy. And earlier this summer we had some fantastic news - that the first year of the project received funding from the UK government! This means we can start a full-scale restoration of the entire cloud forest so that the species living in it will have a home long into the future.

Some of the incredible species that live in the cloud forest: