You’ll (hopefully) know by now, that the B in our name stands for birds. But that’s not all we stand for. Because, to defend our amazing birds, our wildlife, and ourselves, against the nature and climate crises - we need to think big. That’s why we’re involved in lots of amazing international projects, as well as the ones in your local area. You might be surprised by the far-flung and unfamiliar faces that you’re helping to save and defend with the RSPB. So, meet the miniature hippos, athletic apes, and swimming giants who have us on their side, all over the globe.

The hippos of Gola Forest

Let’s take a walk through a hidden world, teeming with unique wildlife. The Gola Rainforest is the biggest remaining section of the Upper Guinean Tropical Rainforest in Sierra Leone. It boasts miles of rich green vegetation and is hugely biodiverse.

Under the dense canopy, a bright flash of white stands out. The white-necked picathartes, with a featherless orange head, might look more fitting on a sci-fi set, but these small birds know the forest like the back of their wing. These resourceful birds snack on anything from insects, to frogs, to small lizards.

If you look up to the branches above, you’ll see bulky silhouettes swinging overhead. For the highly intelligent Golan chimpanzees, it’s a walk in the park navigating the treetops. There are around 300 living in the forest, in complex communities, with rich social structures – think of them as that cliquey group who don’t make new friends. 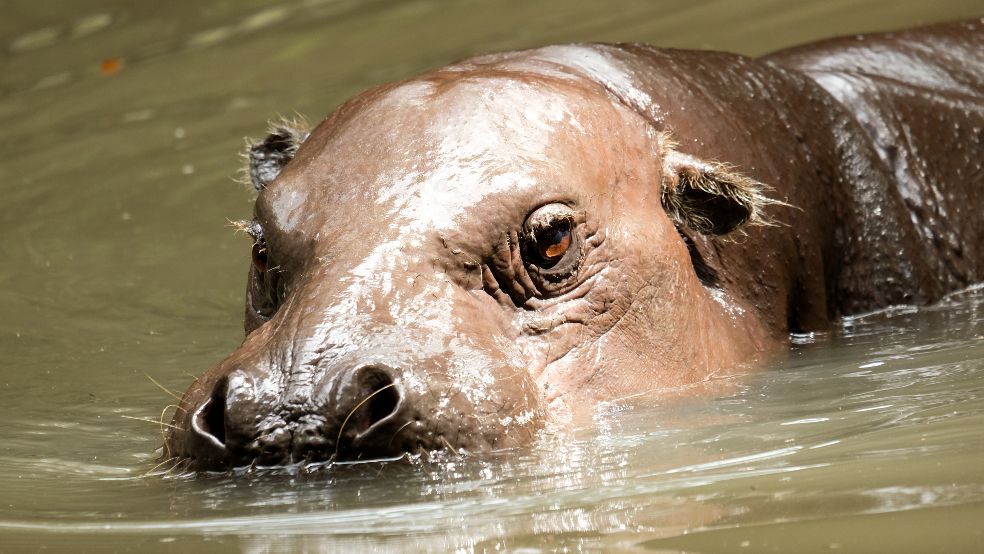 And what’s that plodding along the waterways? The rare pygmy hippo is about half the length of a regular hippo. But don’t be fooled, it’s still pretty hefty. Weighing as much as a compact SUV, the pygmy hippo is still a master of subtlety, who locals rarely spot. In the bright forest sun, their skin glistens with a red mucus layer, which acts as their natural sunscreen - no embarrassing tan lines here.

Over two decades ago, we surveyed the area and highlighted this vibrant forest as a biodiversity hotspot. In fact, it is one of the most important places on the planet for wildlife, with over 330 bird species, and many carbon-storing trees to help fight the climate crisis. But we’re rapidly losing it. Between 2010 and 2018, an area two times the size of Wales has been cut down, and today, only fragments remain. For the wildlife and our climate, this is really bad news.

So, with your support, we struck up a partnership with the Forestry Division of the Government of Sierra Leone, and The Conservation Society of Sierra Leone. Not only have we been able to actively conserve and manage the area, but we’ve been able to work with local communities to develop sustainable practices that benefit from the forest’s success. Together, we continue to protect the forest as well as the people that depend upon it, from threats like logging and poaching. Discover more about Gola Forest here.

The winged scavengers of Asia

In Nepal and India, there are hardworking cleaners keeping things tidy: vultures. But how much of a role do they really play? Well, as it turns out… a big one. In fact, they’re a super star disease prevention unit.

In these majority-Hindu countries, cattle are considered sacred, and people will leave their dairy cattle to decay after death. The vulture clean-up crew don’t mind this at all and gladly accept the dead cattle as dinner (yummy!). In doing so, the vultures quickly remove carcasses and stop any nasty diseases in their tracks. They’ve been doing a stellar job of this for thousands of years. But since the 1990s, these helpful birds have been dying in their millions.

Worryingly, the missing vultures are having serious impacts on the local community. Without nature’s clean-up crew, the decaying cattle carcasses are now left to fester in the heat, and diseases can spread and multiply. With more food available in the form of cattle carcasses, feral dog populations carrying rabies are on the rise. India now has a serious problem with this disease and there has been an increase in attacks on humans. 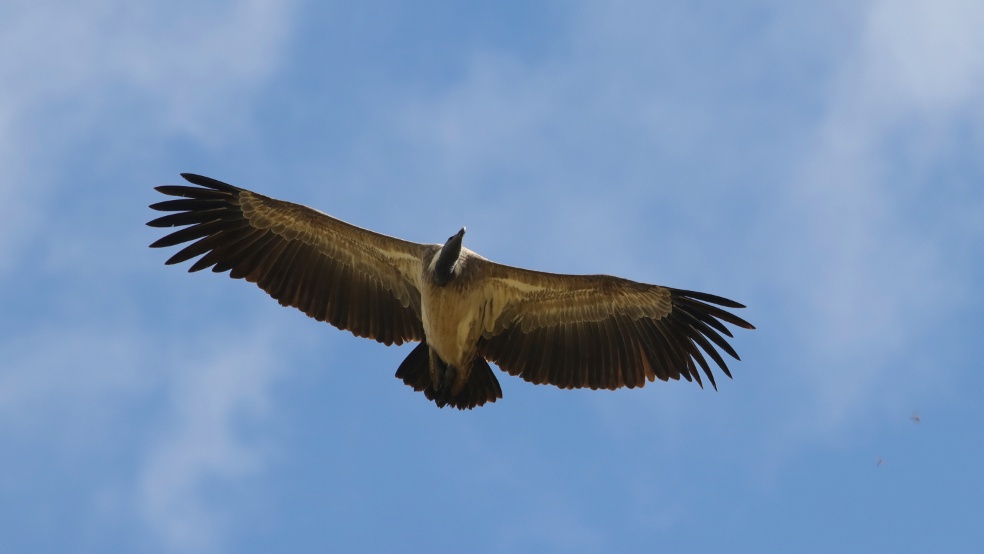 We knew we needed to figure out the cause of the vulture deaths. With your help, we teamed up with other conservation organisations. In 2004, we had a breakthrough. The vultures’ deaths were linked to a pain medication used on the cattle while alive. When vultures ate the dead cattle, they were unknowingly eating the medication, which proved fatal, leading their kidneys to fail. You can learn more about this discovery here. Thanks to collaborative research and campaigning, in 2006, we helped to get the drug banned in India, followed by bans in Nepal, Pakistan and Bangladesh. On top of this, we’ve been working to garner local support and awareness. We caught the problem in the nick of time, but today many populations are still extremely low and facing extinction.

Today, we’re running a breeding programme to make these important colonies heathy and strong again. With your help, we’re restoring the delicate balance of biodiversity and supporting the communities in these areas. You can learn more about our four breeding centres here.

Let’s get lost at sea… we’re off to the UK overseas territory of Tristan da Cunha, a group of small islands in the middle of the South Atlantic Ocean. Tristan holds the title of the world’s most remote inhabited island – with 250 people living there. But it’s a bit tricky to pop in for a cuppa. In fact, you’d need seven days, and a highly skilled captain, to sail over from the nearest land in South Africa. Instead, the Tristan community shares their pristine waters with some weird and wonderful wildlife.

The rich waters are perfect for the rare species that breed, migrate, and live there. Below the waves, rare and massive fin whales, weighing 80 tons (the same as ten elephants) can live into their 90s, and swim at speeds of 23 miles per hour. Meanwhile, tens of millions of seabirds enjoy life on the high seas. From the majestic Tristan albatrosses, with a wingspan of three metres, to rockhopper penguins, which sport red eyes and spiky hairdos - these islands aren’t lacking in colourful characters. 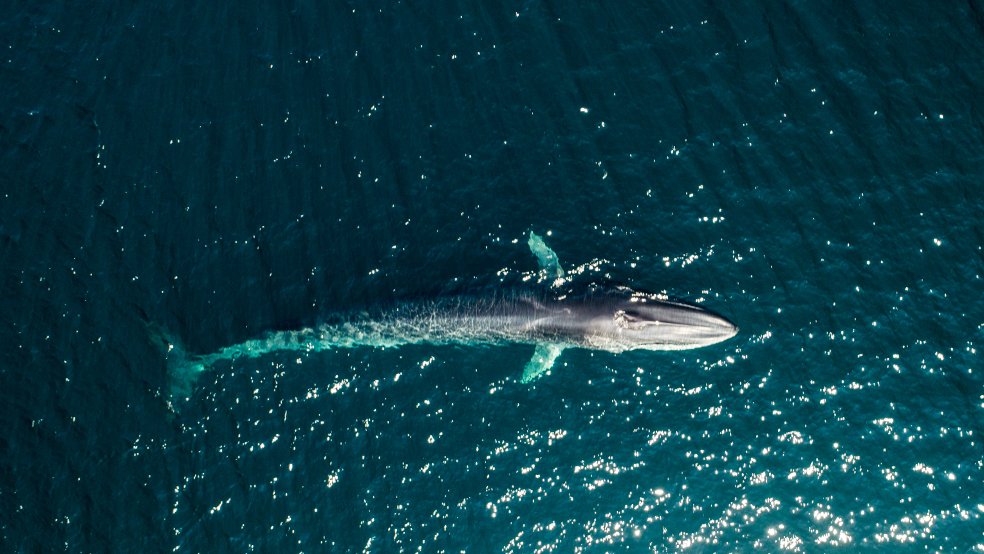 Unfortunately, today, there are a number of outside threats to this island paradise. Commercial fishing fleets on the high seas are drowning albatrosses as bycatch. To add to their problems, in the 1800s, visiting boats introduced invasive species, such as mice, which attack the vulnerable island animals. Many of these spectacular species are facing extinction.

We knew that this important site needed to be protected. In 2020, thanks to your support, and the leadership of the Tristan community, the Atlantic’s largest Marine Protection Zone was designated around the islands. Not only will the Marine Protection Zone safeguard the wonderful animals that live here, but it will mean this patch of carbon-storing ocean can continue its role in supporting a stable climate. It’s a huge win which highlights the strength of people power. Learn more about the exotic world of Tristan, here.

The wanderers that time forgot

Okay, now here’s a real wild card. Did you know that we’re helping wildlife to thrive in Kazakhstan? Yes, we’re off to the sandy desert-like grasslands of Central Asia, where the saiga antelope roam.

So why Kazakhstan? Well, the grasslands of Kazakhstan are rich in the wildlife and biodiversity that are essential to our own survival. From ground squirrels, to voles, to wolves, foxes, and eagles, there’s a huge amount of wildlife to defend and celebrate here.

In these grasslands, one unique species, the saiga antelope, was facing serious declines. These peculiar-looking creatures have floppy noses which help them to filter out dust in the warm summers. Meanwhile, their thick hair has been keeping the species warm since the Ice Age. In fact, saiga antelopes migrated alongside woolly mammoths. 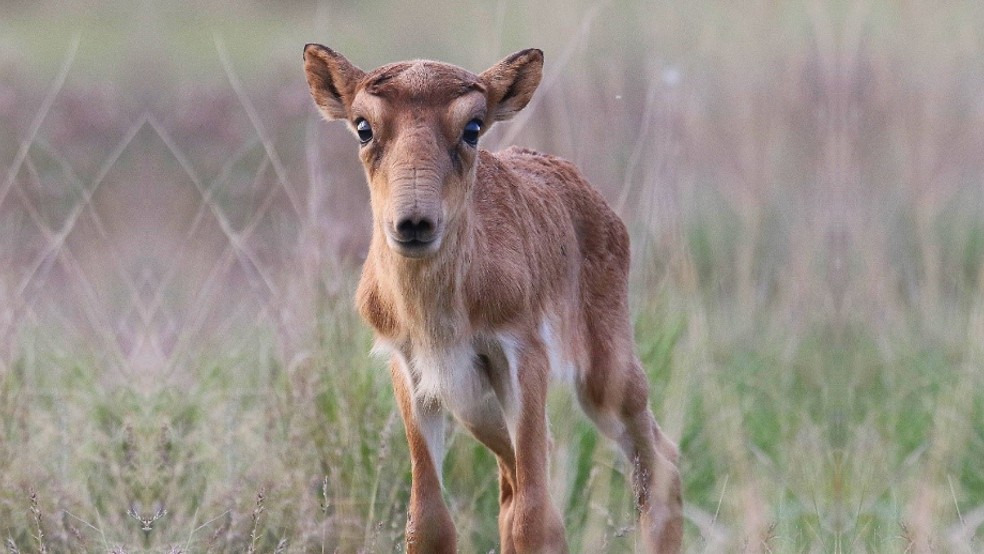 Though they’ve stood the test of time, these special creatures are vulnerable today. In recent years there has been a worrying drop in their numbers. Poachers have hunted males for their horns and, in 2015, a virus wiped out 60% of their population. With more and more antelopes dying, the delicate balance of biodiversity was at risk, and it had potentially huge knock-on effects for the other animals in this region.

So, in 2005, we co-founded the Altyn Dala Conservation Initiative alongside our international partners. It was time to help conserve and enhance the grassland landscapes and bring back these iconic animals. With your support, we’ve been able to aid the programme with scientific evidence and help to protect nearly five million hectares for them to roam across. That's an area twenty five times the size of London, Cardiff, Belfast and Glasgow combined. And our efforts are paying off. The antelopes are springing back - from less than 85,000 in 2015 to over 1,320,000 in 2022.

So, there you have it - we’re international. Thanks to you, we’ve been able to form strong partnerships and celebrate some big successes for nature worldwide. We know that we’re stronger together, and that by uniting globally, we can save the nature we love and depend on.

Not only do the variety of plants and creatures on earth make our lives more interesting, but they can help us to survive. It’s a double whammy. If we plan with biodiversity in mind, we can protect the creatures that make our planet special as well as fight the nature and climate crises. Discover how, here.

Later this year at the global biodiversity conference, COP15, we’ll have a chance to speak up for local and global wildlife and the natural world we depend on. The clock is ticking, but it’s not too late to help us call time on biodiversity loss. Find out more here.