It's been a very successful year for wildlife benefiting from our restoration projects, and we’ve seen great gains by working in partnership, writes Shaun Thomas, Director of Region and Country Operations. 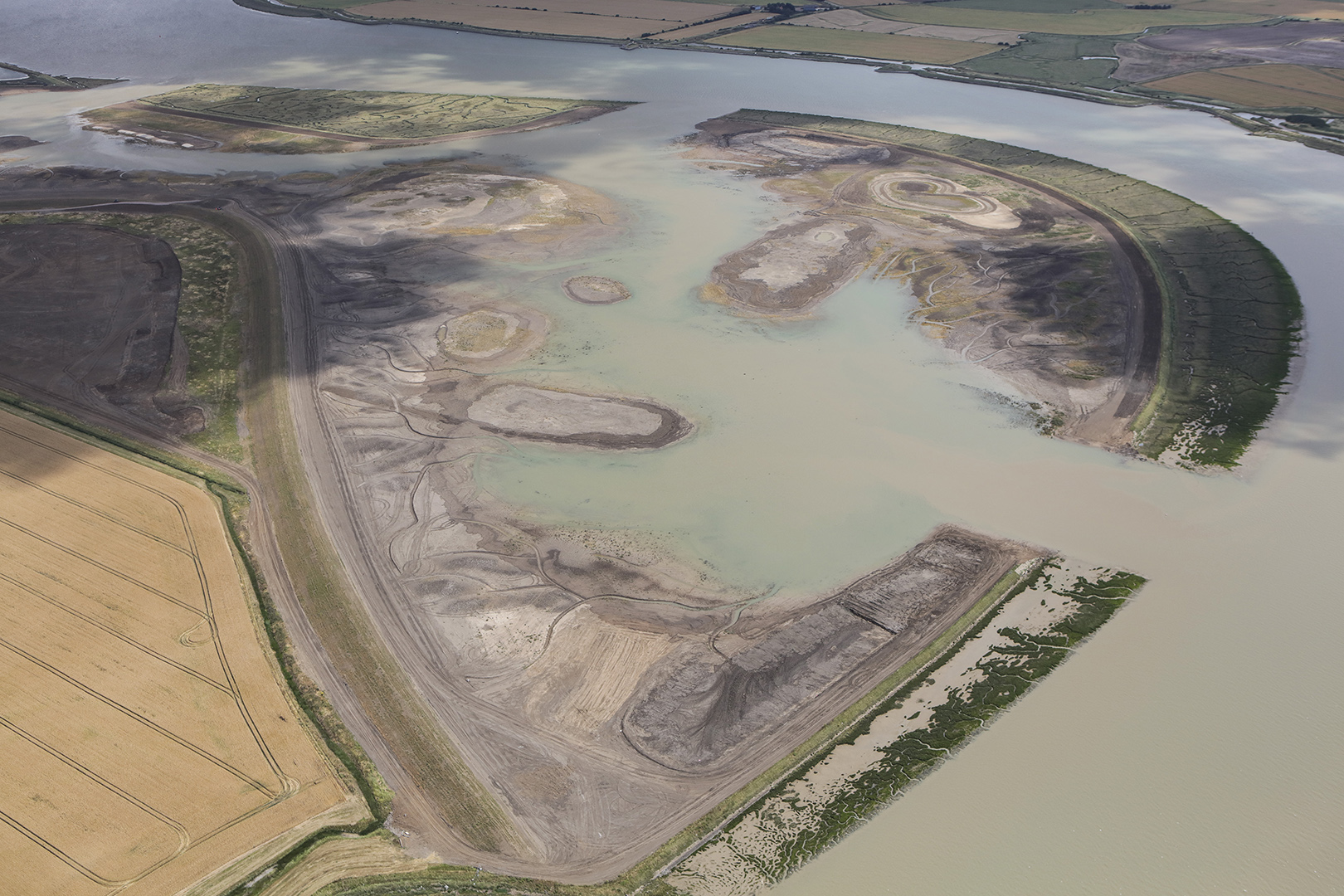 The earth moved for Wallasea Island in the Thames estuary this year, and how. Our coastal habitat creation has gone ahead on a massive scale, as three million tons of spoil were brought in from the tunnel being dug for London's Crossrail project. The material has helped create nearly two-thirds of the reserve, and we will be looking to complete this amazing new wetland over the coming years.

Nearly two-thirds of the groundwork is now complete on this, the biggest coastal habitat restoration project of its kind in Europe. The seawall was breached in July 2015, and, by the end of the year, we had 168 hectares of new coastal habitat, ranging from lagoons to creeks, and the structure is in place for a saline lagoon. It was enough to draw in up to 10,000 birds in just the first winter.

Smaller, but nevertheless important, restoration projects elsewhere continue to progress. At Hesketh Out Marsh reserve in Lancashire, we have landscaped lagoons and dug creeks, while the Environment Agency completed its seawall, to manage the flow of seawater.

The developing reedbeds at Ouse Fen nature reserve in Cambridgeshire gained a big endorsement from the bitterns we had hoped to attract there. Just five years ago, there were none at all. 2015 saw the number of booming males rise to 10. The reedbed will soon be the UK's biggest, thanks to our groundbreaking 30-year partnership with construction materials company Hanson.

Wallasea Island Wild Coast Project is a landmark work in progress. It aims to recreate some of England’s lost coastal landscape and save it, both for the incredible wildlife that relies on it and generations to come.

In July, an unprecedented group of up to 150 sharks swarmed into the shallow intertidal waters at our Medmerry reserve in West Sussex.

Measuring up to 1.5 metres in length, with the typical triangular shark fins sticking out of the water, these were smooth-hounds – usually found offshore.

Amazing footage of the event received international attention and goes to show the variety of wildlife that RSPB reserves attract.

Medmerry is the largest open-coast managed realignment scheme ever in the UK - designed to protect over 350 homes in Selsey from coastal flooding. The Environment Agency, with RSPB support, has carried out a significant amount of work. Now we are really starting to see the benefits to wildlife, as well as the people living close by.

Breeding birds did exceptionally well at our Lakenheath Fen reserve in Suffolk this year. After two blank years, the cranes fledged three chicks between two pairs – the most successful year since they began breeding in 2007.

Other rarities had a good season too; we had four bittern nests, and the first record of their diminutive cousin - the appropriately-named little bittern - with a male calling during May and June. Only a generation ago, this incredibly productive reserve was farm fields.

It was a blooming good year for the extremely rare fen orchid at two of its sites in the UK. At Catfield Fen and at Sutton Fen in Norfolk, the number of spikes more than doubled, from 3,600 to 7,700. We have to maintain a delicate balance to preserve this flower, keeping a steady level of acidity and the water level at or near the surface of our fens

However, at Catfield Fen, where over 50 per cent of the UK’s fen orchid population occurs, we think water abstraction is the key reason the site is becoming more acidic. Therefore, along with Natural England, we will be supporting the Environment Agency at a public inquiry in April as they defend their decision to refuse to renew two water abstraction licences.

Our blanket bog restoration at Dove Stone – in partnership with United Utilities and backed in 2015 by £228,000 of WREN funding – is storing water that would otherwise rush downhill.

We've halted peat burning, helping to store carbon in the ground and improve water quality, and brought in sphagnum moss to act as a great green sponge. Breeding populations of upland birds such as golden plovers, dunlins, ring ouzels and dippers have rocketed.

For nature and people

Climbing boulders and cycling are not words you’d normally associate with RSPB reserves, but they feature in an exciting two-year partnership launched with Sport England at Rainham Marshes in Greater London and Strumpshaw Fen in Norfolk.

It’s all part of a £300,000 initiative to get more people outdoors and doing physical activity. London’s Rainham Marshes has begun hiring bikes to visitors on its Thames-side trails, as well as installing two climbing boulders. Strumpshaw Fen is encouraging runners and leading cycle rides.

Many people will be getting fitter, healthier, and enjoying wildlife at the same time. We’ve been careful to ensure these activities cause no problems for wildlife or other visitors.

At Rainham Marshes, breeding waders have been doing well with lapwings and redshanks increasing every year since 2011 – lapwings from 13 pairs to 68 in 2015, and redshanks from four pairs to 60 pairs in 2015. Careful management of the grazing, water levels, and an anti-predator fence, have clearly paid off.

The islands of Langstone Harbour on the Solent are home to one of the UK's most important colonies of little terns. The breeding population in south-east England declined by 89% between 1986-2013, with Langstone Harbour's population crashing from 162 to 26 pairs.

Our dedicated volunteers, the community and youth groups hand-painted over 100 model birds to act as decoys, drawing these threatened seabirds back to the site. Just before the birds arrived in April, we were busy putting out these model terns, shelters to protect chicks from predators, and playing recordings of their calls to draw the real birds in. 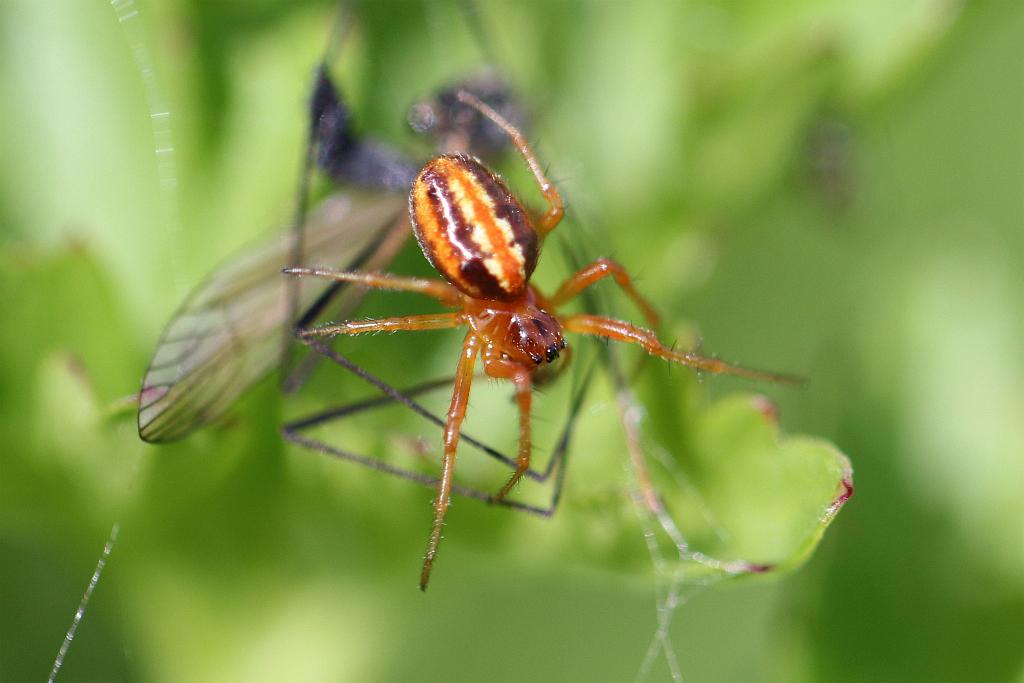 A brightly-coloured spider caused a stir at our Radipole Lake reserve in Dorset. Spotted by volunteers on a butterfly survey, Hypsosinga heri hasn't been seen in the UK since 1912, and was at the point of being removed from the British list.

Small, and reddish, it has a a chequered pattern on its back. Not only did volunteers find two females at the reserve, they also discovered a second group at nearby Lodmoor reserve.

Bringing wildlife to city and country

This year has marked the tenth anniversary of a project to bring peregrines closer to thousands of people in Manchester. The birds have been nesting right in the heart of the busy city centre, and we have been employing information assistants for the last decade to show the birds to an unsuspecting public.

The birds have done well, and so too have the assistants – nearly all have progressed to other jobs within the Society.

Dedicated to the cause

Conservation doesn't stay still on our reserves. Wardens and ecologists are always looking to find better ways to manage our sites, and Lincolnshire’s Frampton Marsh has been a prime example this year.

Seed company Limagrain have helped us with an innovative and dynamic way of managing our three lagoons. Each year one lagoon is sown with seed-rich crops and then flooded. Last winter they were brimming with ducks. Once the crops are cut, the decaying vegetation attracts invertebrates for wading birds. It’s a rotation of habitats and birds.

Finally, one of the RSPB’s greatest stalwarts was awarded an Honorary Fellowship from the University of Cumbria for a "lifelong and outstanding contribution to nature conservation", in recognition for his work at Leighton Moss.

John Wilson became the reserve’s first warden in 1964, and, in that year, there were just 365 visitors. Now, the reserve welcomes 110,000 visitors annually. John retired in 2001, but he's still ringing on the reserve, with bearded tits his speciality.