Noisy and gregarious, these cheerful exploiters of man's rubbish and wastefulness have managed to colonise most of the world. The ultimate avian opportunist perhaps. Monitoring suggests a severe decline in the UK house sparrow population, recently estimated as dropping by 71 per cent between 1977 and 2008 with substantial declines in both rural and urban populations. While the decline in England continues, Breeding Bird Survey data indicate recent population increases in Scotland, Wales and Northern Ireland.

House sparrows can be found from the centre of cities to the farmland of the countryside, they feed and breed near to people. It is a species vanishing from the centre of many cities, but is not uncommon in most towns and villages. It is absent from parts of the Scottish Highlands and is thinly distributed in most upland areas.

You can see house sparrows all year-round.

Find out if the house sparrow stayed in the top spot, or whether the starling surged to victory... 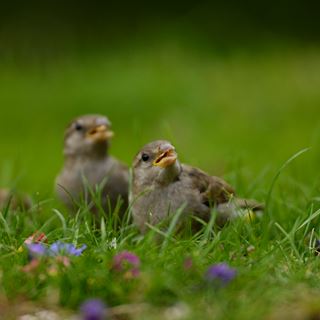 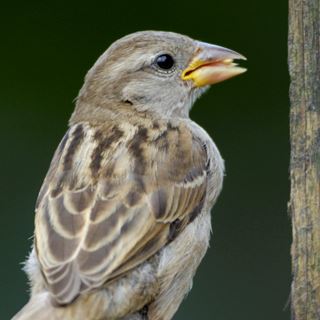