Our inspiring women in science on how they got started

Do you dream of a career in science? Do you find yourself wistfully watching nature documentaries wondering, just how do you get yourself the best job in the world? If you’re trying to figure out how to get from your childhood bedroom or student halls to tracking wildlife across a craggy and wild landscape it can all seem like a mystery, especially if you don’t come from a science family. For International Women’s Day we’ve asked RSPB women in science for their advice to the next generation.

Our women in science spent many years in education to get to where they are today. A lot of them have PhDs, but not all. Senior Conservation Scientist Alison Beresford started out on a traditional route, studying Natural Sciences at university, followed by a masters in Ecology and Environmental Management.

She said: “Unlike most of my peers though, I don't have a PhD and I don't know very much about birds.  I struggled with self-esteem and didn't think I was good enough to do a PhD.  I'd also had some difficult experiences with supervisors and couldn't think of one thing I loved enough to have it take over my life for 3 or 4 years."

“I found working with spatial data during my masters suited me well though, and I did a placement project with the RSPB as part of that course. A year and a half later, they called me up and offered me a job. I worked my way up through lots of short contracts and am still here 12 years later.” 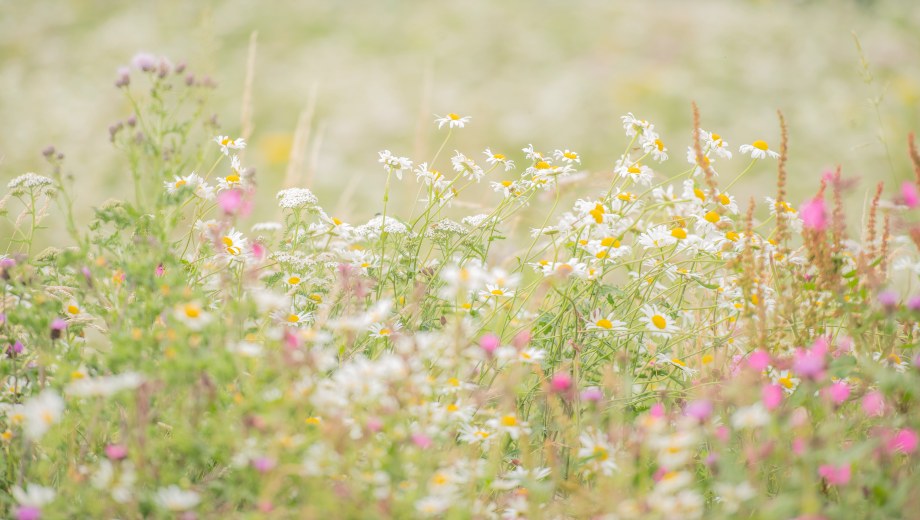 One of the strongest themes coming though in the advice our scientists gave was that volunteering will be necessary if you want a career in science... and be prepared to put in some hard graft. Explore which career will fit you best and expect it to be a process.

Conservation Scientist Hala El Haddad, who is working with farmers on a social science research project, said she got into environmental work because there was a clear need for it back home in Lebanon. Lebanon has some of the highest pollution rates in the world, which is associated with high cancer rates and other illnesses.

She said: “It was a little tricky finding what exactly I wanted to do within environmental work, because there are so many options. The only way to know what suits you best is to gain experience."

"I remember seeing an Instagram post by a marine biologist in the US, Dr Ayana Elizabeth Johnson, about how to figure out what you should be doing for the climate crisis. This post helped me list my strengths and weaknesses, to pursue a career in something that I can excel at. No matter the field, I knew from my experience that I was good at data collection, analysis, and writing. So, science was the logical conclusion.”

Conservation Scientist Christina Hunt, who studies how land management can benefit wading birds such as lapwings and curlews, advised budding scientists to get as much experience as possible, particularly if you're interested in a career involving fieldwork. She said data analysis, scientific writing and presentation know-how are important transferable skills that can be applied to any biology or conservation topic.

From one woman to another

“Just do it. If you know what motivates you to get out of bed in the morning then follow that and see where it takes you. And throw yourself into any opportunities that come along to try out things along the way because you never know where that will take you.” 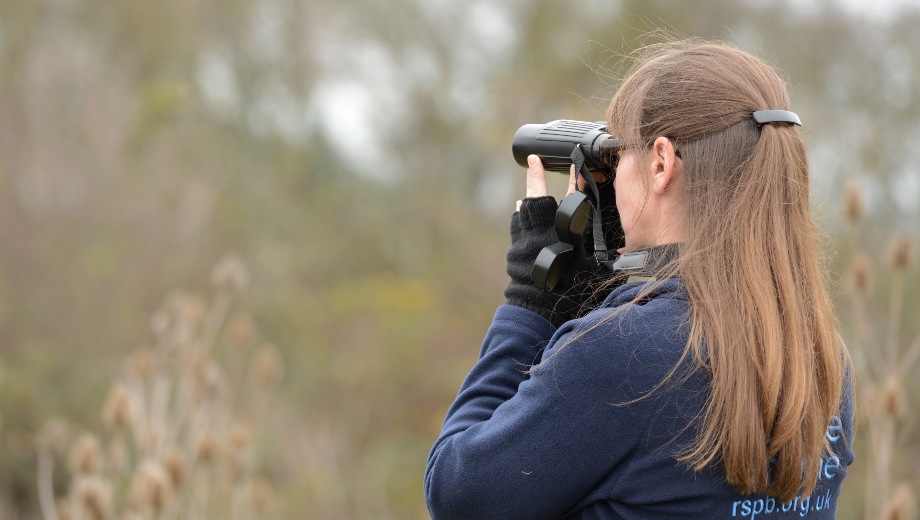 Alison Beresford added: “Try not to be put off by imposter syndrome, as even the most experienced scientists I know still suffer from this. You don't have to have a grand plan for your career path as you never really know what lies ahead. Take things one step at a time and don't be afraid to change your mind or change direction as you work things out: it's a sign of strength, not of weakness.”

Principal Conservation Scientist Fiona Sanderson, who oversees a team of Greater Gola tropical rainforest researchers, said: ​“Be persistent! Don't be put off by anyone who says that there is only one route in (there isn't), that you can't combine a science career with motherhood (you can and I and lots of women do), or any other nonsense you might encounter.”

Hala added: “Be curious and determined. Don't be afraid to be wrong or point out that others are wrong. Remember not to get lost in the numbers and jargon, think of the effect of your research on people in general, and especially vulnerable communities and minorities. Finally, find a community of people where you respect and support others and are respected and supported.”

Conservation Scientist Simone Mordue, who monitors state of nature in the UK, said: “Never give up on your dream job. It took a lot of tries before I was offered this one. I loved wildlife from a young age and spent my childhood outdoors, climbing trees and exploring on my parents farm. I did a sandwich degree for a year in Cornwall studying animal behaviour in a zoo environment and at the end I contacted a conservation charity in Brazil. It was an amazing experience working in the Pantanal with a small team tracking and radio collaring wild Jaguars. Later I studied for an MSc in wildlife conservation and management. During that time I had my first child. I took a few years working part time as an ecological consultant while my two children were young. When my youngest started school I went on to a PhD in biology - on bats. Whilst I was doing my sandwich placement, I also had two part time jobs to support me.”

Conservation Scientist Antje Steinfurth said: “If you are a boots on the ground kind of girl, get as much fieldwork experience as you can, find your passion and pursue it. For me it was penguins and I never looked back.”

Monitoring Officer Ellie Dimambro-Denson said: “For any girls looking to start a career in conservation, I recommend paying attention to the natural world around you every day.”

Conservation Scientist Ellie Owen (pictured) said: “Conservation science is a field where women and girls can and do pioneer solutions to the problems of the nature and climate crisis. My tip is to be aware that bias, sometimes unconscious bias, still very much exists. If you find you are being treated differently because of your gender, even in a subtle way, get some advice and consider raising it in a positive manner with the people involved.” 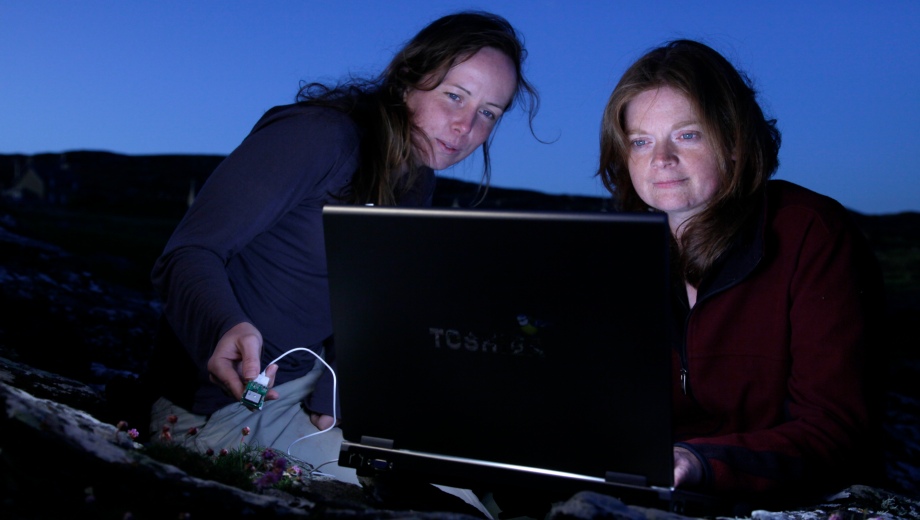 If our scientists’ stories made your heart soar, take the first step to a career in science and browse our volunteering opportunities. You could spend your free time surveying butterflies, birds and bumblebees or help give nature a home and maintain wildlife habitat. Our residential opportunities fully immerse volunteers in nature.

For those with some experience under their belt, it is well worth exploring our paid vacancies which include everything from research assistant to head of ecology. 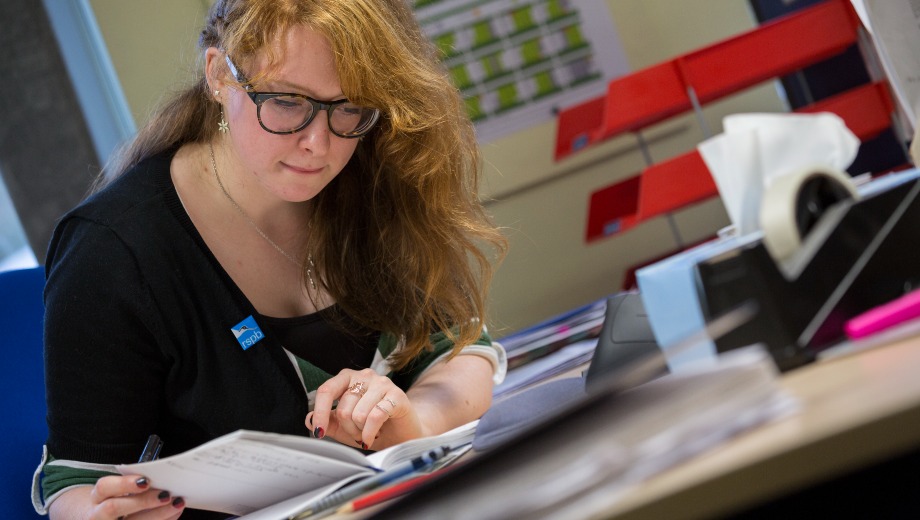 Take the next step in your career, browse the current opportunities the RSPB has to offer.

Take the next step in your career, browse the current opportunities the RSPB has to offer.