The all-black males have distinctive red wattle over the eye and show a striking white stripe along each wing in flight. They have a lyre-shaped tail which is fanned out and raised to show white under-tail feathers when displaying. The smaller grey-brown females have a slightly notched tail. Habitat loss and overgrazing have resulted in a decline in numbers and range making them a Red List species. Positive habitat management is helping them to increase in some areas.

Black grouse conservation work is supported by The Famous Grouse.

Black grouse are found in upland areas of Wales, the Pennines and most of Scotland. Best looked for on farmland and moorland with nearby forestry or scattered trees. They have traditional 'lek' sites where the males display.

Black grouse can be seen all year round. 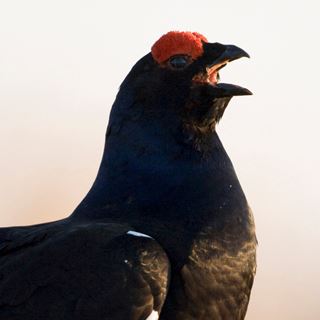 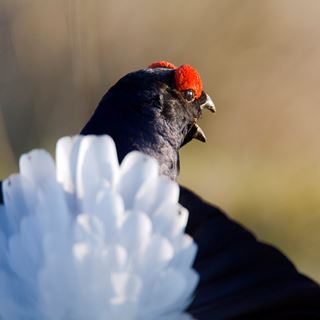 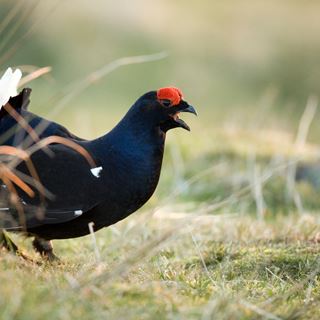 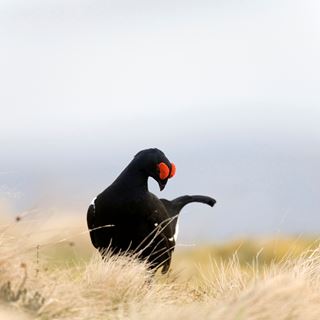 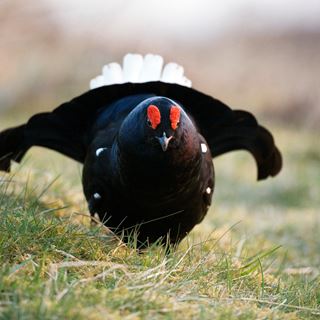 Across the UK, black grouse populations have undergone a long-term decline throughout their range.

The project helped restore the diversity of mixed land use of moor edge, rough grazing and woodland.

1 in 3 UK birds are now on the Red List of Conservation Concern. This is an emergency for UK bird life.