We are delighted to share the news that the RSPB’s Christopher Bowden has been awarded an MBE in the Queen’s Birthday Honours list for services to environmental science and international vulture conservation.

Chris’ career has seen him make a substantial contribution to saving four bird species from the brink of global extinction (Northern bald ibis, white-rumped vulture, slender-billed vulture and long-billed vulture). This has been achieved by building partnerships, knowledge and capacity within countries in Africa, Asia and Europe.

He is widely recognised as a world expert on Northern bald ibis and vultures and has been key to promoting the UK’s reputation as a world leader in international conservation.

Chris began his career in the early 1980s as a Research Biologist for the RSPB, investigating the reasons for the decline of some of the UK’s most threatened bird species including nightjar, woodlark and stone curlew. In the 1990s Chris moved on to initiate a successful BirdLife project in Western Cameroon, but then to lead the RSPB’s work on Northern bald ibis in Morocco and for the last 20 years has led our efforts to save three species of vulture in Asia.

His work on Northern bald ibis based in Morocco in the 1990s involved identifying disturbance (predominantly by fishermen) and lack of fresh water close to the breeding colonies as two immediate threats. He worked closely with the Director of the newly created Souss-Massa National Park to retrain local fishermen and employ them as wardens to monitor the ibis feeding areas, protect the nesting cliffs and to provide fresh drinking water daily.  This initiative not only cemented local ‘ownership’ of this special species but also improved breeding success.

As a result of these measures, the population has more than doubled from just 59 pairs to over 700 individuals today and in 2018 the species was down-listed by the IUCN from ‘Critically Endangered’ to ‘Endangered’.

Chris’ attention soon turned to a severe and rapid decline of three species of vulture in India. In little over a decade the white-rumped vulture went from being the commonest raptor in the world to ‘Critically Endangered’: the fastest recorded decline of any animal population in history. Long-billed and slender-billed vulture populations were similarly affected. This was not just a conservation crisis but had profound socio-economic effects as the vultures used to perform a vital eco-system service through carcass removal. In their absence the number of feral dogs in India increased with consequent higher risks to humans of dog bites and rabies.

Emergency research efforts had identified the cause of vulture declines to be residues of a non-steroidal anti-inflammatory drug, diclofenac, in cattle carcasses. The vultures were consuming the carcasses and the drug was extremely toxic to them. Chris was appointed in the early 2000s to develop and manage a recovery programme across Asia with two main aims: to establish a captive breeding programme to ensure there was an ‘Ark’ population to recolonise once the environment was safe, and to advocate for the removal the toxic drug from the environment. Chris established excellent relations with the BNHS (the BirdLife Partner in India) and drew up plans for a breeding programme, with three breeding centres constructed in India and one in Nepal, populated with wild-caught birds. The first chick was fledged in 2008 and at the peak of the programme over 70 chicks were raised each year. There are now over 700 birds across the 3 breeding centres in India and trial releases have begun. 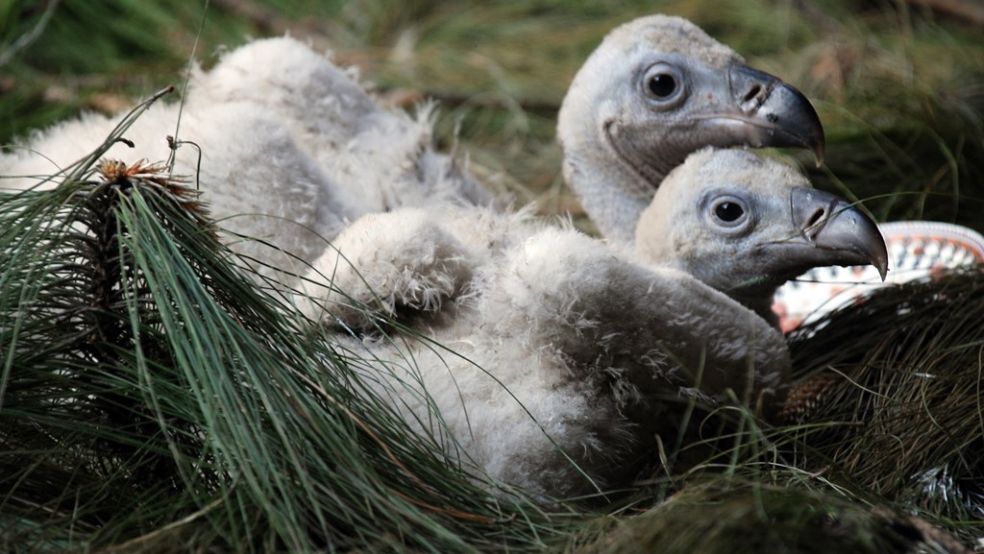 To address the environmental issue of drugs in carcasses, Chris set up an advocacy programme in 2004 and helped BNHS employ an advocacy officer to raise the issue in India and diclofenac was banned for veterinary use in India and Nepal in 2006, Bangladesh in 2010 and Cambodia in 2019.

Realising that the issue was not confined to India and Nepal, in 2011 Chris helped design and set up a consortium known as ‘Saving Asia’s Vultures from Extinction’ (SAVE) which brings together over 25 governmental, NGO and research partners from across the continent, namely Pakistan, Bangladesh, Cambodia, Myanmar as well as India and Nepal. These organisations have signed up to a common goal: ‘to oversee and co-ordinate conservation, campaigning and fundraising activities to help the plight of South Asia’s Vultures’. Chris acts as Programme Co-ordinator and convenes a meeting annually between partners to assess progress against, and review an agreed blueprint of action.

On accepting the MBE, Chris said: “I’m truly flattered to receive this recognition of my efforts for vultures – I’ve had the huge privilege of working closely with so many dedicated partners and individuals from across Asia and more widely, together applying good science to achieve conservation aims over the past 18 years.

“My involvement in vultures stemmed from earlier work on endangered species for the RSPB and BirdLife, including in Cameroon and especially for the northern bald ibis in Morocco - and this award reflects positively on so many passionate individuals (from local Moroccan fishermen to Cambridge professors, and especially my RSPB colleagues), with whom I’ve done my best to help coordinate efforts, in making some real progress in not only avoiding their extinction, but especially in the case of the vultures, in maintaining their crucial role in the environment.” 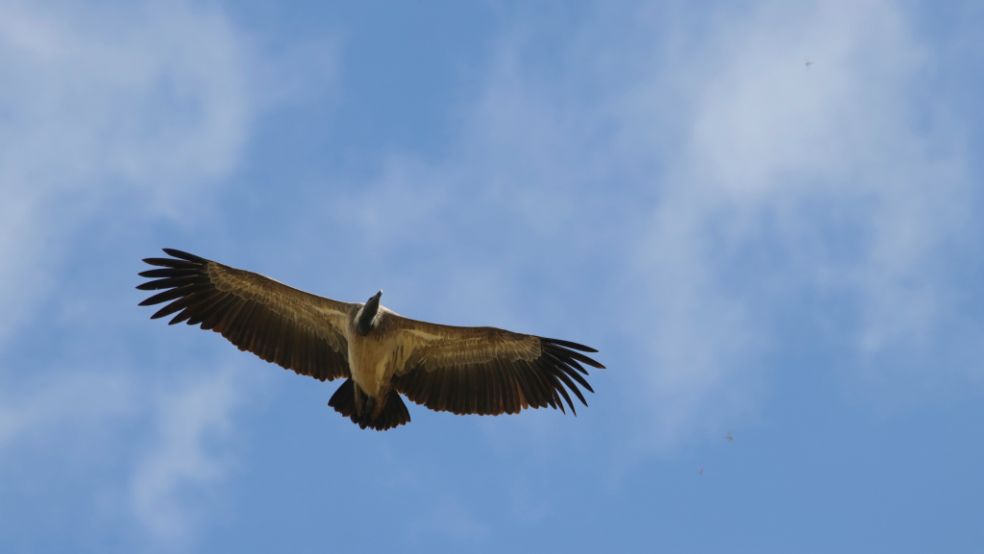 "In my opinion this will be one of the greatest conservation stories ever told and Chris has played a pivotal role in facilitating it.”

Andy Evans, RSPB’s Head of Global Species Recovery, said: “Chris’s scientific and advocacy skills have enabled him to make an outstanding contribution to conservation and in-country development through capacity building and awareness raising.

“I am confident that we can bring the Vulture Programme to a successful conclusion in the next 5-8 years.  In my opinion this will be one of the greatest conservation stories ever told and Chris has played a pivotal role in facilitating it.”

Find out more about SAVE and how you can help.