Where does our wildlife go in the winter?

When the icy grip of winter takes hold, us humans have a lot in common with wildlife. Some choose to jet off to warmer climes, like South Africa, Namibia or Benidorm. Others bunker down in their favourite spot, such as a compost heap, an old mouse burrow or the lounge. And then there are those who choose to wrap up warm and take their chances, striding out across mountains, through forests or to the nearest Costa. Here we take a look at where us and our wonderful wildlife spend the winter months.

It’s a fact that you will never see a swift in a bobble hat, Or a swallow in a parka for that matter.  As soon as the temperatures drop they’re off, seeking the warmth and food in southern Africa. But they’re not the only ones - nightingales. flycatchers, cuckoos, turtle doves and osprey are just a few of the species who visit the UK for the summer but then say a firm no to snow. Puffins and Gannets also leave the UK after they have raised their young, but these guys are tough like the Special Boat Service, heading out into the wild oceans in search of food.

Some British humans also choose to swap the dull greys for the sun’s rays, often settling in southern Europe for the food, the wine and karaoke facilities. For some it is a temporary trip simply to remember what the sun looks like, while others stay for months, often sending thousands of pictures back home to the delight of family and friends.

Many of our jetsetters, such as the swift and turtle dove are declining and need help – you can find out more about some of them here: 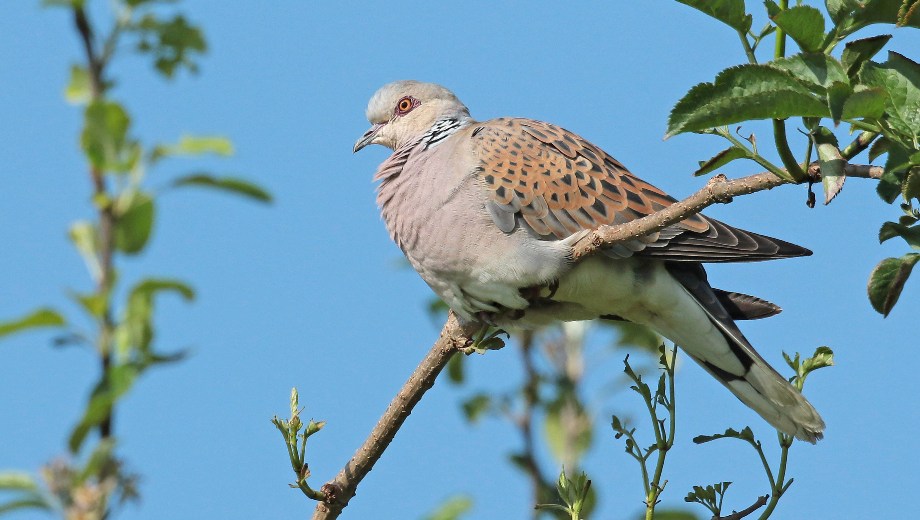 When winter gets tough, much of our wildlife falls asleep. All of the UK’s bats wrap up their wings around themselves dreaming of a million moths, hidden away in caves, hollow trees or buildings. They will wake up in April, wondering where the year has gone and where’s the nearest loo. The hedgehog also nods off, lowering its body temperature and its breathing rate to one breath every few minutes. Favourite places for the big sleep include under hedges and the roots of big trees, old rabbit burrows or underneath your garden shed. 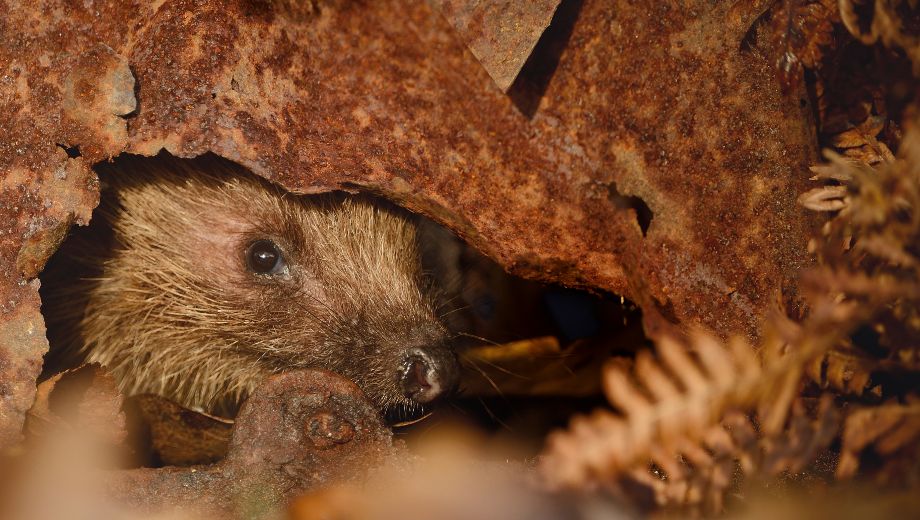 Both bats and hedgehogs occasionally wake up from their slumber for a bite to eat and a stretch if the weather improves. But the dormouse is a true hibernator, sleeping from October until April without waking at all. In their cosy little nests nestled in hedgerows or within tree roots, the little rodents curl their tale over their heads and set their phones to silent. Not that it matters, dormice have been known to be picked up without waking, so deep is their sleep.

All of the UK’s reptiles and amphibians bunker down to brumate, which is similar to hibernation but for cold blooded creatures. Often, they return to favourite haunts and adders especially are creatures of habit, sometimes using the same sheltered spot, such as an old rodent burrow or hollow tree, for their entire lives. There they bunker up with friends and sometimes the kids turn up, just like students on Christmas break, just without the washing.

Some bees, wasps, ladybirds and butterflies also see out the big freeze hiding away from the elements. For many bees and wasps it is only the queens who hibernate, or enter a state of diapause as it is technically known for insects. Where they choose depends on the species, with some Bumblebees going underground while some solitary bees check themselves into Bug-ingham Palace or any other highly rated bug hotel in the vicinity. 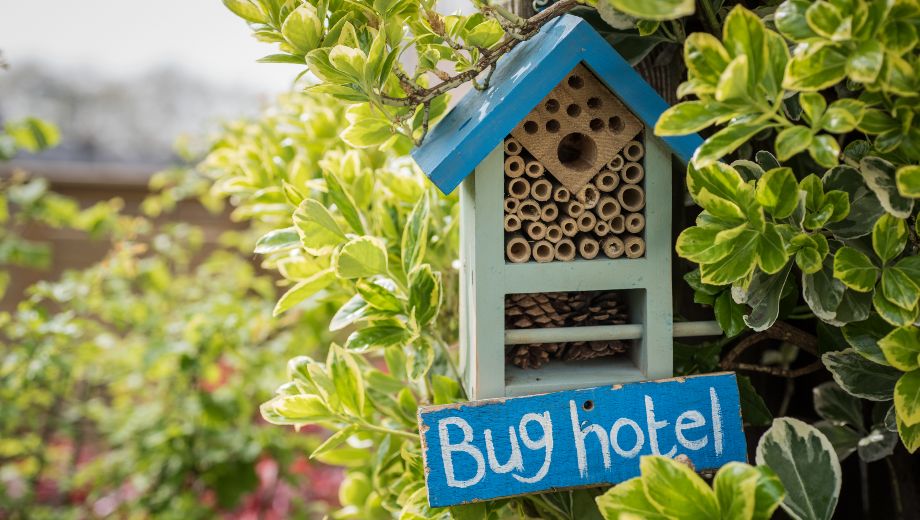 The lounge is where many humans decide to spend the winter months. Although not technically hibernating it comes very close, especially around Christmas time after a good feed. At this time of year the lounge becomes a particularly important space and the humans decorate it with sparkly things and tasty treats. The treats often cause squabbles when favourites become a rarity and, inevitably, some must make do with the orange ones.

If you see a hibernating human venturing outside at this time, please don’t be alarmed, they are probably looking for more food, drink or just need a break from the kids climbing the curtains.

To help our frogs and toads find a cosy space to hide away, why not make them a house, with this guide.

To see which wildlife habitats you could add to your garden, click here.

While some sleep and some jet off, others tog up and battle through. Mammals such as foxes and badgers get themselves a new thick coat to fend of the chills and spend spells of really bad weather hidden in their dens. Squirrels do the same, but also prepare by burying food in the autumn to see them through the bleak midwinter. Other species create a larder too, including moles who store a cache of worms, their heads bitten off to immobilise them. It is not all bad news for the worms though, some lucky individuals which are not eaten spend winter growing a new head just in time for spring. 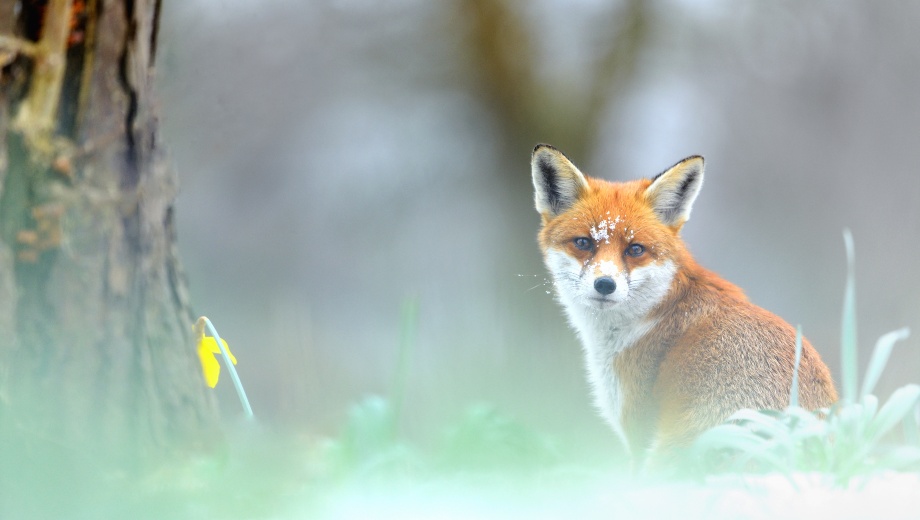 If they are not decapitated by moles, earthworms are one of a good number of insects and other minibeasts who brave the cold, keeping active in the relative warmth of the soil below the frost. Others hide in fallen leaves or at the bottom of ponds. The aptly named winter moths even choose to date and mate at this time, laying their eggs on plants such as oak and hawthorn where they then hatch in spring.

Of all the endurances specialists, our birds are often the easiest to spot, with many cramming in as much food as they can find within the short winter days to enable them to survive the long cold nights. When the weather is at its coldest, many birds fluff their feathers to increase their insulation and can lower their metabolism as needed to conserve energy. They use natural and manmade cavities for cover and sometimes huddle together for warmth. The record goes to 61 wrens who were once found snuggling in a nest box, breaking all the Air BnB rules.

Some UK birds though are just cold weather masters, with the ptarmigan the toughest of them all. Found only in the highest mountains of Scotland, the birds' dense plumage turns white in winter so it almost vanishes into the snow. Its feathered feet help keep them warm but also act as snow shoes. When the weather really turns, they dig deep into the snow and hide away in a snow den. 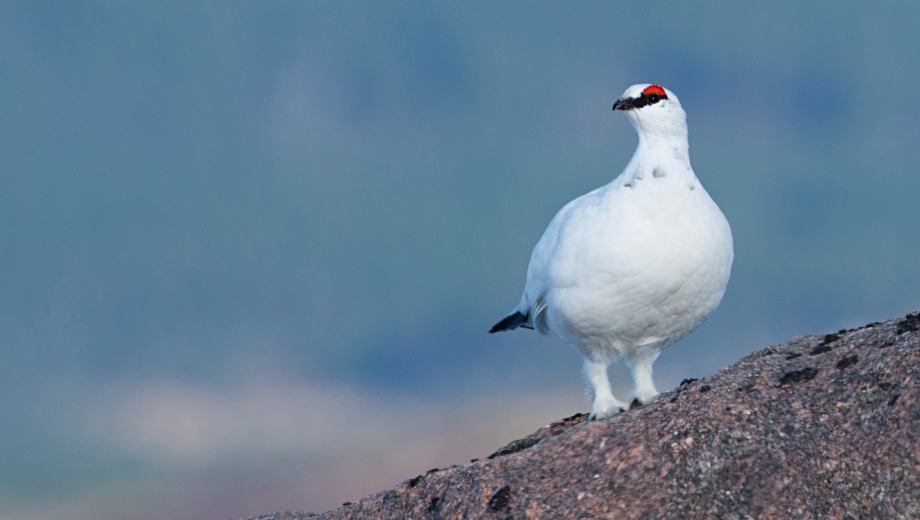 Some humans also adapt when venturing out into winter weather, many doubling in size with oversized padded coats, scarves and hats over three layers of thermal underwear. Others are more used to the cold, having survived all winter with the heating turned on only twice.
Most only venture out for a short time to buy essentials like bubble bath, but if snow falls the world heads for the nearest incline to take part in the annual sledge. Those under the age of 30 excel, while those over that age often get too excited and do themselves damage before slowly, and sorely, retreating to the comfort of the lounge.

You can help the endurance specialists near you by providing food through winter.
For more information on feeding birds, click here.