Which birds return first in Spring?

It’s happening. Spring is actually happening. We know because we are beginning to see grown men and women in shorts. But our birds also know and those who have braved the winter with us will soon be joined by millions more who are in the mood to bring up a brood. The spring migration sees some birds fly thousands of miles over seas, mountains and deserts to be with us, in what is one of nature’s most incredible shows of stamina. But which birds arrive here first, who travels the longest and who takes their time?

See our “Arrivals Board” showing when many of the migrant birds return... 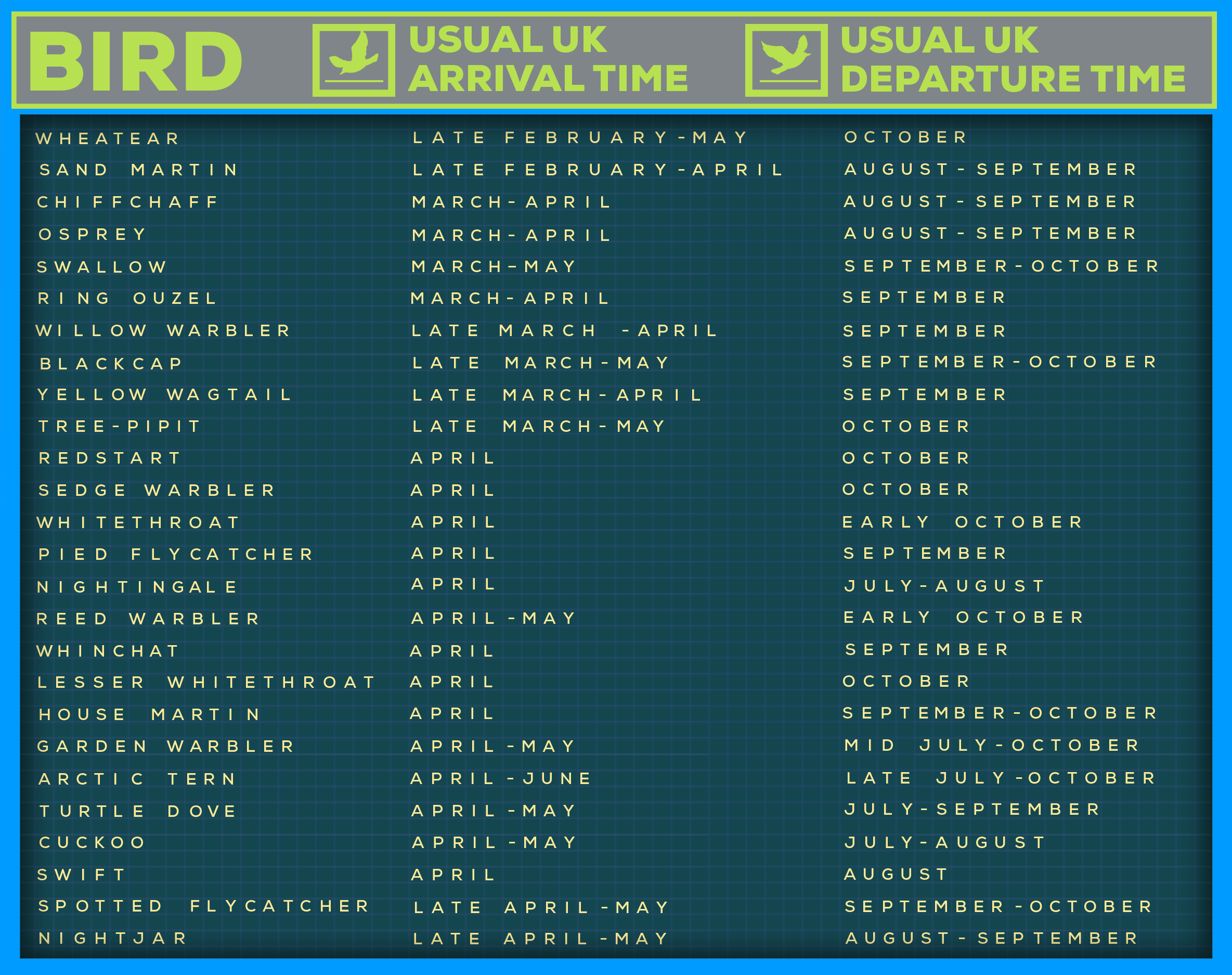 Why birds come to the UK in spring

In the simplest terms, it is because this is the best place to raise their young. In spring and summer, our days are cooler but longer than those in Sub-Saharan Africa, where many of the birds come from. This means they can spend longer hunting for the food needed for their family to grow.

There is also less competition and fewer predators than in Africa – making the UK a safer nursery to raise their young.

The first to arrive

The UK is big place, which means the south generally sees our summer visitors returning first before they gradually appear further and further north. But some species are generally keener to get here than others, with climate change meaning we are seeing some earlier than ever before.

The last to arrive

While some rush to get here, others take their time.

Which brings us nicely onto the longest trip. There is one clear winner here – the Arctic tern – which literally travels from the other side of the world to be with us. 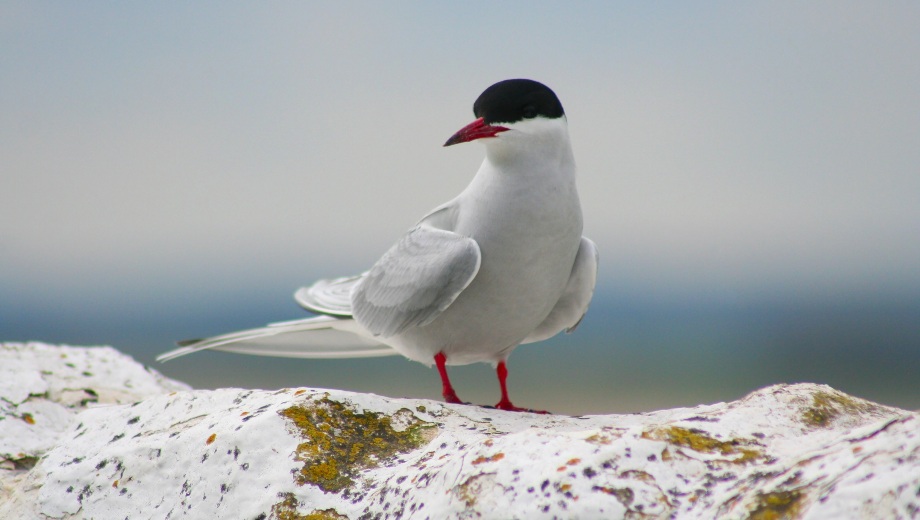 It travels up from the Antarctic in late April, May and June, mainly to the north and west coasts of the UK. It then breeds before leaving between late July and early October, heading in the opposite direction – a round trip of around 22,0000 miles.

Some though like to wander, with one ringed bird travelling from Wales to Australia – a journey of 12,500 miles - in just six months!

While many of our spring arrivals fly thousands of miles from Sub-Saharan Africa, not all of them do. Some head to countries around the Mediterranean and only return when the weather warms, like jet setting Brits, just without the duty free.

One example is the blackcap, with the majority spending our winter in southern Europe and north Africa, although they can now be seen in the UK all year round.

Some of the chiffchaffs we see returning do the same while redstarts (pictured) in the UK mainly return from north Africa and Arabia. 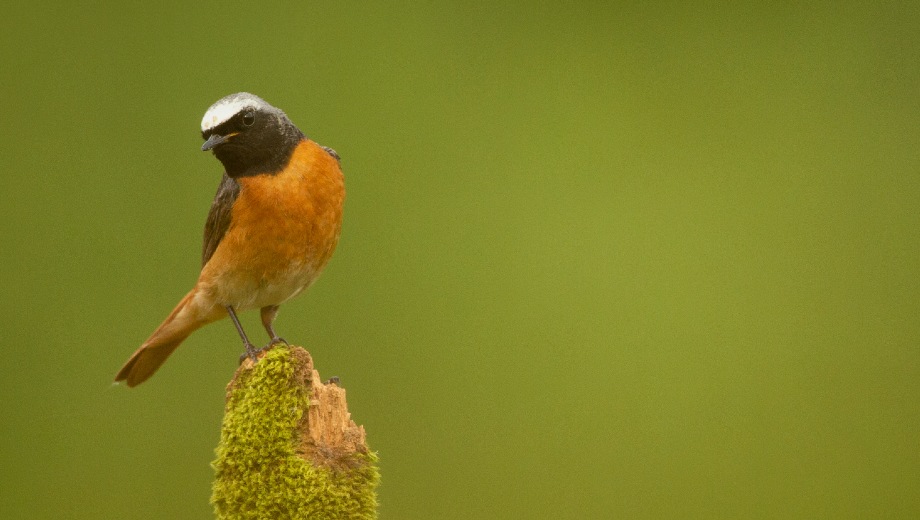 The cuckoo wins this, with the male sometimes spending as little as six weeks here before heading back to tropical Africa. Both the male and the female have little reason to hang around once they have mated and the female has dropped their egg into someone else’s nest. 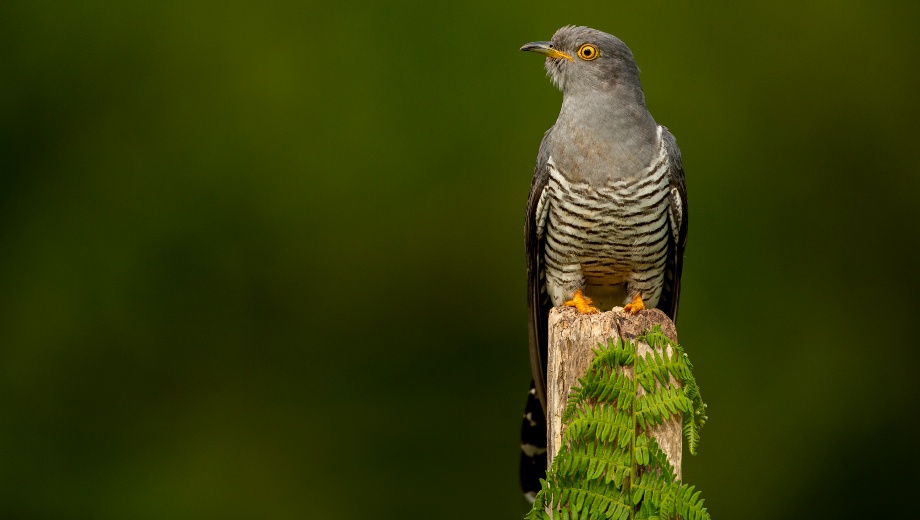 The Garden Warbler and Turtle Dove also don’t stay with us too long, arriving in late April and May, with many gone by mid-July.

Disappearing from our skies

Summer wouldn’t be the same without these brilliant birds soaring overhead and serenading us with their song. But less and less of them are returning each year, with cuckoos, turtle doves and spotted flycatchers all in real decline. Swifts and house martins, which choose to live so closely alongside us have also recently joined the red list, of globally threatened birds.

The reasons are plentiful and some are specific to each type of bird, but it is clear climate change and habitat loss are both playing a part. 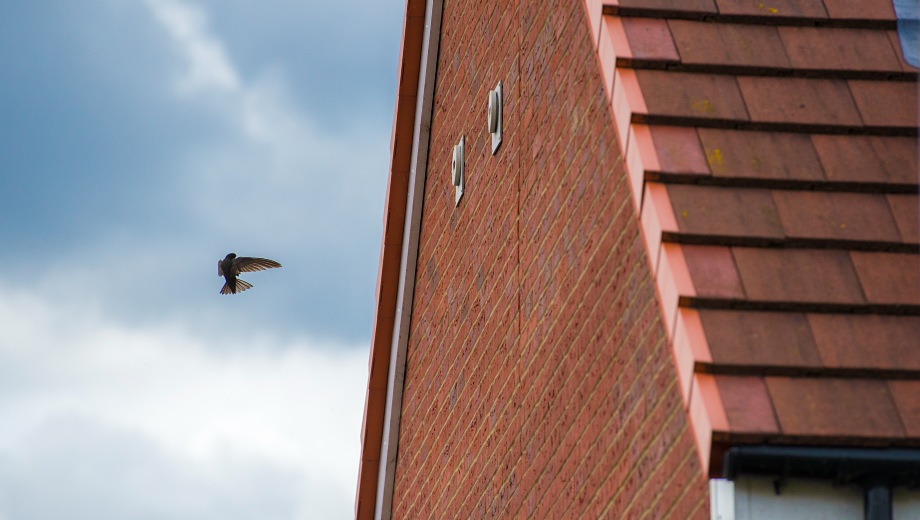 You can help us monitor swifts by letting us know where you see a nest, using Swift Mapper

Or you can put up a nest box for swifts, house martins and spotted flycatchers – find out more here.

Need a hand identifying a bird you spotted? Use our handy bird identifier to help.

The RSPB bird identifier lists 406 species of birds found in the UK, including some rare overseas visitors.

Need a hand identifying a bird you spotted? Use our handy bird identifier to help.

The RSPB bird identifier lists 406 species of birds found in the UK, including some rare overseas visitors.