The mute swan is a very large white waterbird. It has a long S-shaped neck and an orange bill with a black base and a black knob. It flies with its neck extended and regular, slow wingbeats.

The population in the UK has increased recently, perhaps due to better protection of this species. The problem of lead poisoning on lowland rivers has also largely been solved by a ban on the sale of lead fishing weights. Some birds stay in their territories all year, while others move short distances and form winter flocks. In cold weather, some birds arrive from Europe into eastern England.

The mute swan breeds across most of the UK, other than in northern Scotland, mid-Wales and the moors of south-west England. It's possible to see them anywhere there is a shallow lake, or a slow-flowing rivers, even in urban areas and parks.

It's possible to see mute swans throughout the whole year. 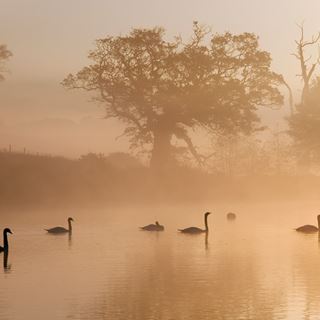 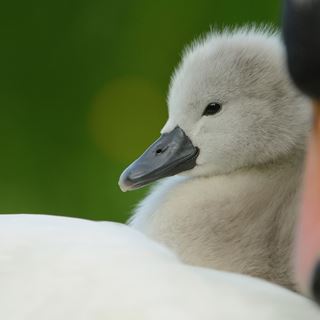 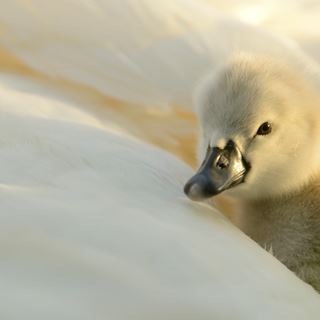 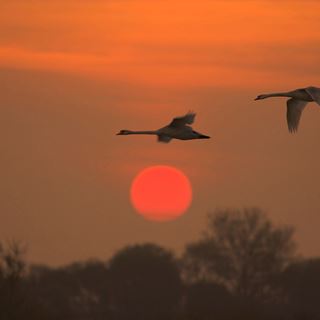 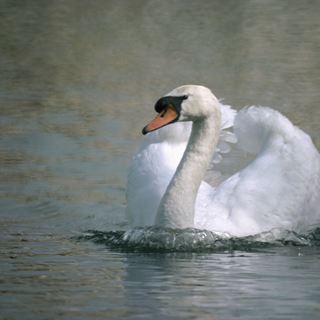 What to feed birds

This page shows you what to feed your garden birds - and what to avoid.