Seen in flight from below the osprey has white or slightly mottled underparts. The long wings are angled, bending at the 'wrist' which has a black patch contrasting with the white wing linings and at a distance it could be mistaken for a large gull.

This spectacular fish-eating bird of prey is an Amber List species because of its historical decline (due to illegal killing) and low breeding numbers. They are listed as a Schedule 1 species on The Wildlife and Countryside Act.

The ospreys' main UK stronghold is in Scotland (with some sites in North East England) where you can visit many nest sites with public viewing facilities, including Loch Garten (Highland), Wigtown (Dumfries and Galloway) and Loch of the Lowes (Perthshire). In 2001, it began breeding in England at Bassenthwaite in Cumbria, at Rutland Water (where it was introduced) and there are two pairs with viewing facilities in Wales. They can be seen at almost any large body of freshwater during spring and autumn migration.

Ospreys arrive back from Africa in late March and April, leaving again in August and September. 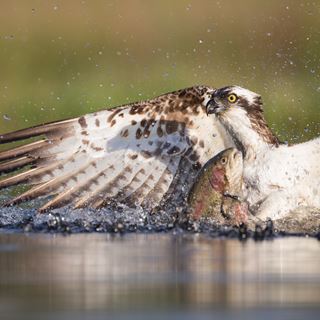 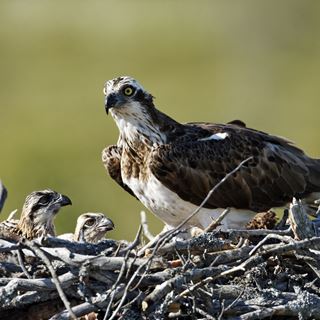 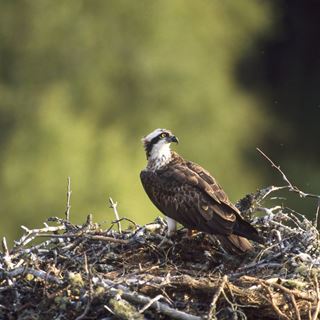 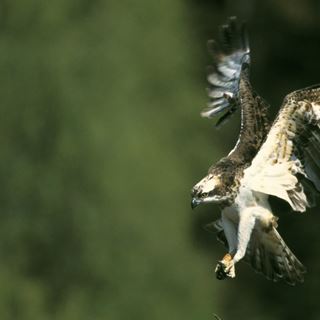 Satellite tags have told us a lot about osprey migration.

To transform Loch Lomond into an exciting nature reserve for birds, wildlife and people there is still work to be done.