Please help our birds of prey.

The peregrine is a large and powerful falcon. It has long, broad, pointed wings and a relatively short tail. It is blue-grey above, with a blackish top of the head and an obvious black 'moustache' that contrasts with its white face. Its breast is finely barred. It is swift and agile in flight, chasing prey.

The strongholds of the breeding birds in the UK are the uplands of the north and west and rocky seacoasts. Peregrines were at a low point in the 1960s due to human persecution and the impact of pesticides in the food chain. Improved legislation and protection has helped the birds to recover and they have now expanded into many urban areas.

However, they are still persecuted - birds are illegally killed to prevent predation on game birds and racing pigeons. They also have eggs and chicks taken for collections and falconry. Peregrines are a Schedule 1 listed species of The Wildlife and Countryside Act.

Medium-sized birds, such as wading birds, pigeons and small ducks.

Peregrines can often be found above rocky sea cliffs and upland areas throughout the UK in the breeding season. In winter, they are often seen hunting above East Coast marshland. The RSPB hosts a series of Date with Nature events across the UK during the breeding season to help nature lovers spot these stunning birds.

You can see peregrines all year round. 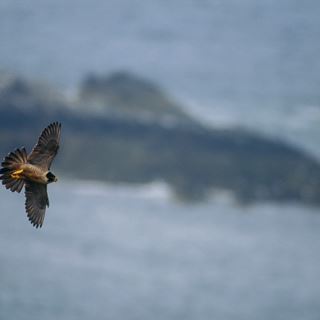 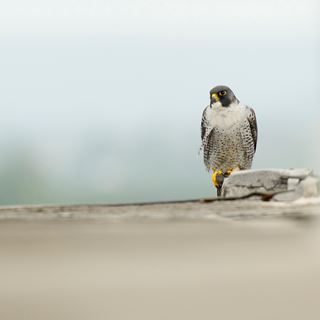 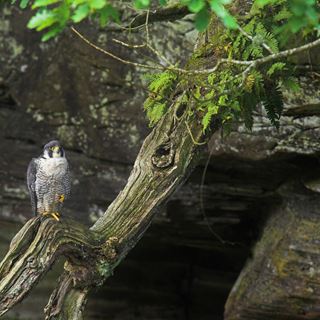 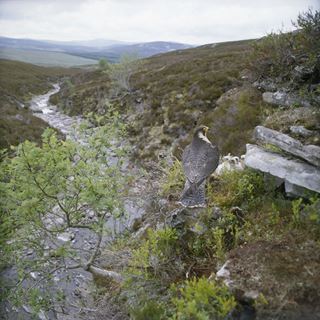 Bought by the RSPB in 1992, Ramsey Island is a truly spectacular island reserve just off the north Pembrokeshire coast.

What's that bird of prey?

Sparrowhawks, peregrine falcons and goshawks are agile hunters that are supremely adapted to their environments.