Lodge Hill, on the Hoo Peninsula in Medway, Kent, is the most important site in the country for nightingales, and is designated as a Site of Special Scientific Importance (SSSI).

With your help, we have fought hard to #SaveLodgeHill and, as a result of this pressure, we are pleased to report that the new site owners, Homes England, announced in December 2018 that they no longer plan to build within the SSSI. This is a great step forward, but it is not the end of the story as there is still pressure to build thousands of new houses in the area around Lodge Hill, which could place the nightingales under significant pressure from various urban effects.

See our campaign pages, which give you the latest situation and how you can help.

Below is some more detailed background to the case:

Victorian times –1998: Lodge Hill was a large area of Ministry of Defence (MoD) land on the Hoo Peninsula in Medway, north Kent. From 1875–1961, it was an 'ordnance depot', storing explosives in bunkers ('magazines'). Subsequent to that, it was a British army training ground. It means it has been out of the public eye behind its heavily guarded fences for over a century. The idea of Lodge Hill being turned into a 5,000 house development first appeared in 1998.

2007–2010: In 2007, the MoD produced a Planning Statement setting out a possible Masterplan for development.

This led to surveys being undertaken by the developers to establish more clearly what wildlife and other potentially important features might be on the site.

2011: The first outline planning application was submitted for 5,000 houses at Lodge Hill.

2013: Given that nightingales are in steep decline in Britain, with less than 5,500 singing males left, the newly-discovered importance of Lodge Hill led to Natural England notifying it as a Site of Special Scientific Interest (SSSI) in 2013, an extension to the neighbouring Chattenden Woods SSSI. In addition, the SSSI was recognised for its important areas of ancient woodland and unimproved grassland.

However, the local planning authority, Medway Council, persisted with a desire to see Lodge Hill developed for new housing by proposing to allocate it for development in what was called its draft 'Core Strategy'. However, an independent Inspector found that the draft Core Strategy was in conflict with the National Planning Policy Framework (NPPF) which protects SSSIs, and it was subsequently withdrawn.

2014: Despite this,  a revised Outline Planning Application for 5,000 houses was submitted on behalf of the MoD in February. In September, Medway Council's Planning Committee approved that application.

However given the proposal's conflict with the NPPF, the RSPB together with other conservation organisations and more than 12,400 concerned members of the public wrote to the Secretary of State, asking for the decision to be 'called in' to be decided by Government.

2015: In February, it was confirmed the application would be 'called-in'. The developers were required to do more surveys, and the next step was due to be a Public Inquiry in March 2018.

2017: In January, Medway Council included Lodge Hill in every one of its development options in its draft Local Plan. This is the new document that local authorities must draw up to show which land they intend to allocate for development across their area. Over 12,000 people wrote to the Council as part of the #SaveLodgeHill campaign to ask that Lodge Hill be withdrawn from the Local Plan.

On 5 September, it was announced that the original planning application for 5,000 houses had been withdrawn, and hence the 2018 Public Inquiry would not take place.

However, it quickly became clear that this was not the end of the threat to Lodge Hill, and news of the withdrawal of the previous application was immediately followed by announcements from the developers and the Leader of Medway Council that a new application would come forward in the new year.

Not long after, it was announced by the Council that they would re-run the Local Plan development options consultation in 2018, taking account of legal advice they received confirming that they must explore all alternatives to allocating damaging development onChattenden Woods and Lodge Hill SSSI.

2018: In February it was announced that Lodge Hill had been transferred to Homes England, the government body which "brings together land, money, expertise, and planning and compulsory purchase powers, with a clear remit to facilitate delivery of sufficient new homes".

In March Medway Council's draft Local Plan “Development Strategy” consultation opened, with a revised set of options. This time only one option included development within the SSSI, however all of the other options continued to threaten considerable damage to the SSSI interest by building vast numbers of houses right up to its edges. Over 11,000 people responded to Medway’s Local Plan consultation asking the Council not to allocate Lodge Hill for housing.

In December, Homes England made the surprise announcement that they had reconsidered their plans for Lodge Hill, and now only propose to build up to 500 to avoid any direct loss of the SSSI. This news was widely welcomed by the RSPB and others wishing to see Lodge Hill and its nightingales protected. However, serious concerns remain about the levels of houses now proposed (by Homes England and others) around the edges of the SSSI. 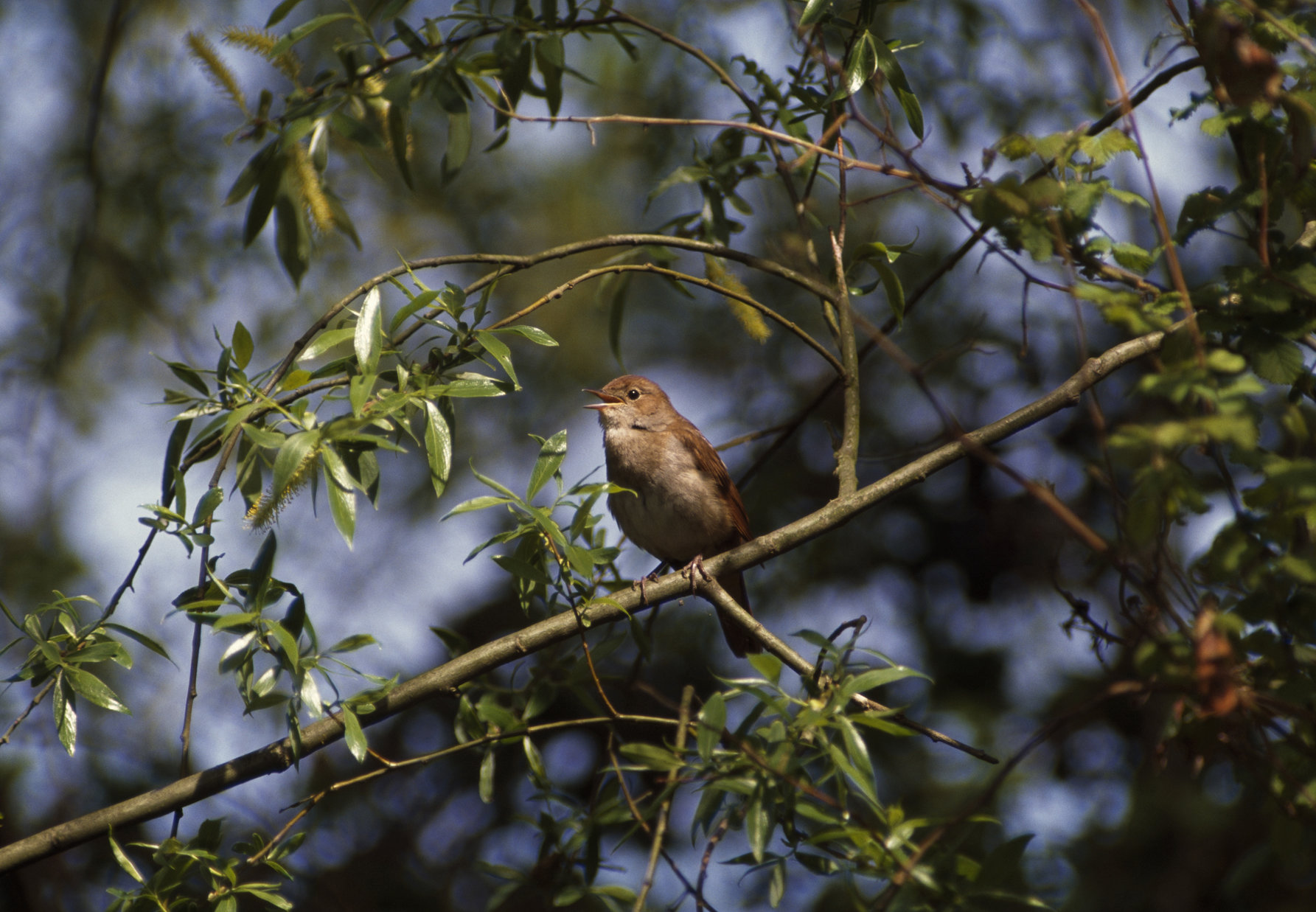 Lodge Hill was notified by Natural England as an extension to the Chattenden Woods Site of Special Scientific Interest (SSSI) in recognition of the fact that it is now the most important place for nightingales in the UK. (A SSSI is the highest national designation for an area with special or exceptional wildlife features).

The SSSI supported 85 singing male nightingales in the British Trust for Ornithology's 2012 National Nightingale Survey, which demonstrates that the site holds more than one per cent of the national nightingale population. It is rare to find sites with more than a handful of pairs, showing how exceptional Lodge Hill is. In addition, the SSSI is recognised for its important areas of ancient woodland and unimproved grassland.

Although Homes England have announced that they no longer intend to promote land within the SSSI for housing, there is still pressure to build thousands of new houses on large areas of land around the SSSI which could lead to damaging levels of urban pressure that could have a serious impact on the nightingales and other wildlife interests.

Whilst national planning policy doesn't completely prevent development which damages SSSIs, there are a number of tests that have to be passed before permission can be given. These tests ensure that special places are only damaged where there really is no alternative site for that development, and where the need for the development clearly outweighs the impacts on the SSSI and the national network of SSSIs.

Go to rspb.org.uk/savelodgehill to keep up to date and find out how you can be a part of the ongoing fight to save the nightingale.

The RSPB has serious concerns regarding significant levels of new housing close to Lodge Hill because:

The National Planning Policy Framework (NPPF) set out the guidelines that local planning authorities must follow when planning for or considering proposals for development. Although the NPPF does not completely prevent development which damages SSSIs, it contains important tests which ensure that special places are only damaged where there is no alternative to the proposed development, and where the need for the development clearly outweighs the impacts on the SSSI and on the national network of SSSIs.

An important part of that approach is the 'avoid-mitigate-compensate' hierarchy.

The RSPB is committed to working with developers (including Homes England) and Medway Council to ensure that proposals for new housing in the area protect Lodge Hill’s nightingales and its other special wildlife for future generations to enjoy.

The Sizewell C development has the potential to have a major impact on one of the UK's most wildlife-rich areas.