You found WHAT in a nest box?

It’s Nest Box Week! To celebrate we have spoken to some of our experts to find out about the most weird and wonderful things they have found in a nest box - from “flat sharing” barn owls to tales of tree climbing adders...

Nest boxes are for birds...right?

Well, most of the time… The truth is that nature doesn’t play by the rules and what might make a comfy home for a bird, also makes a nice pad for many other species.
So much so that Guy Anderson, the RSPB’s Migrants Recovery Programme Manager, says the first rule of next box checking is “never stick your face right in front of a nest box opening without knowing what’s in the box”.

Well Guy has had close encounters with a few surprising finds over the years. These include brown long eared bats hanging from the box roof, angry tawny owls (quite rightly) protecting their home and even an active hornets’ nest, which Guy said triggered a “rapid descent of the ladder.” 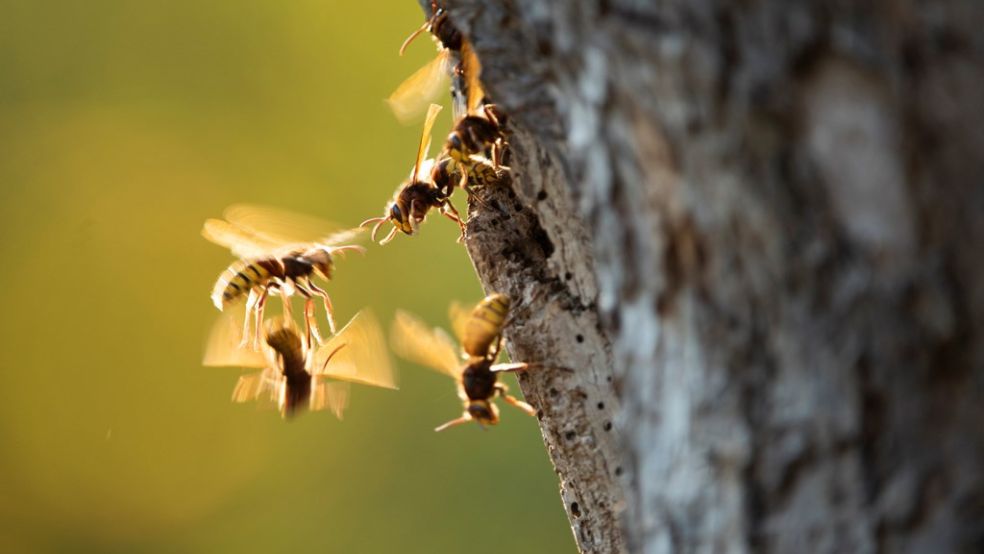 Peter Bradley, senior site manager at The Lodge reserve, has also had a shock or two. While working at the RSPB reserve Nagshead he had heard mysterious tales of adders climbing trees to get into next boxes.  One morning he was just about to peer into a box when he heard a loud “hissss” coming from inside. The shock nearly caused him to fall off his ladder, but thankfully he regained his balance and was able to check inside, where he saw a very angry mother great tit, hissing to protect her brood.

Nope. Not that has been reported to us anyway.

Both Guy and Peter have spotted tree climbing mice taking refuge in boxes way up high. Peter even saw one brave mouse make a jump for it, adding “I watched it fall gently down like a small flying squirrel, all paws stretched out to slow its fall. It landed with a bounce on the soft woodland floor and ran off unharmed.”

Wow! We’ve heard bumble bees like to nest in them too?

That’s right, tree bumblebees have been known to make a home in them. They are becoming a more common sight after they were first recorded in the UK in 2001. They use the boxes as safe spaces to form a colony and are most active from spring until late July.

What should I do if I have a buzzing box?

Welcome the bees! There is no real need for concern as the bees do not damage the box and pose no real threat if left alone. And you never know the bees' nest may also become home to another insect…

What do you mean?

To us maybe, but this sort of behaviour is quite common in the natural world. And the moth caterpillars usually leave some of the wax cells intact, meaning the whole nest isn’t destroyed and a good number of bumblebees survive.

You would never get different types of bird sharing a nest box though surely? 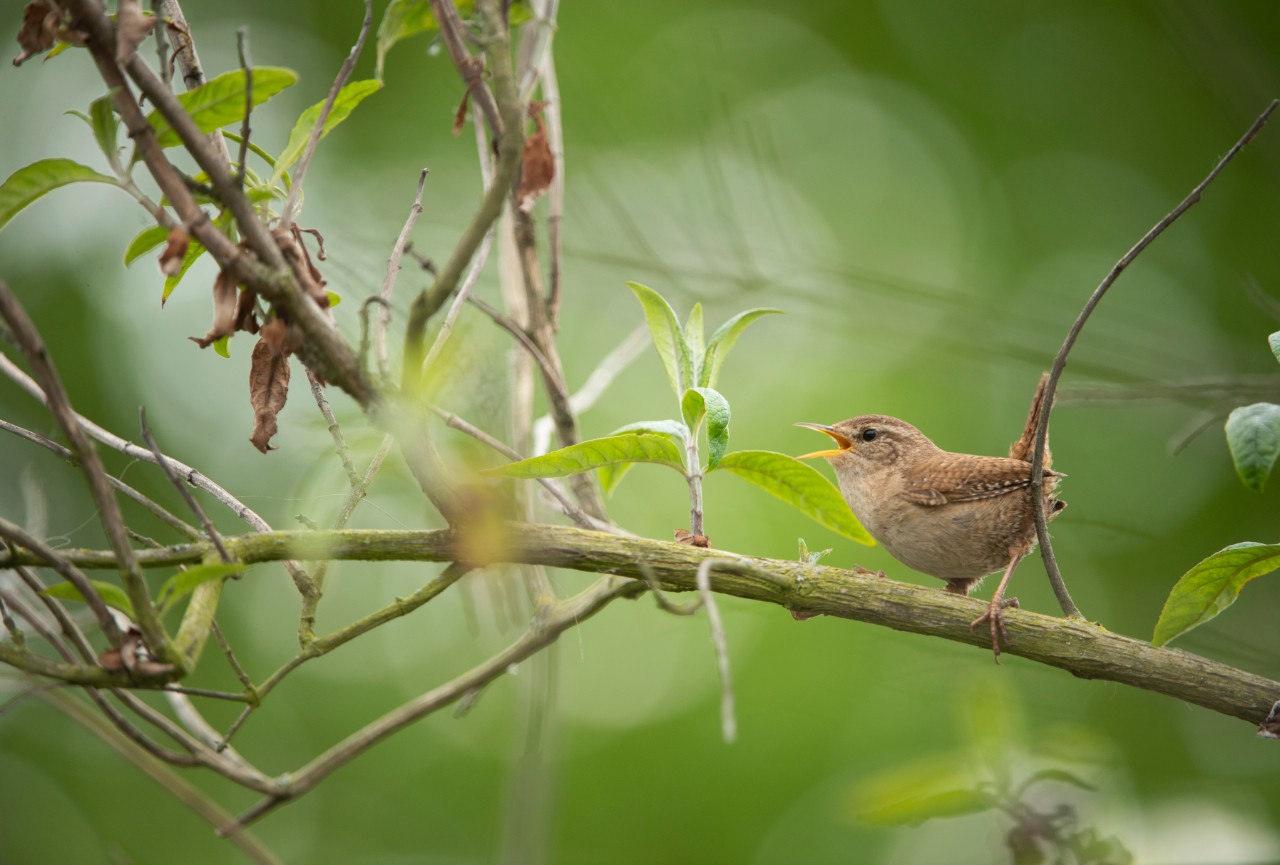 You would actually. With the hustle and bustle of spring, nest boxes are the prime real estate of the bird world. It’s been known for blue tits and house sparrows to put aside their differences and raise their young in the same box, in what must be a very cosy arrangement. Guy also said he has seen barn owl and stock dove nests in the same, albeit large, nest box.
But it is not just in breeding season birds jump in the same box. Peter recalls seeing at least 12 wrens appearing from a nest box one very cold and frosty morning, huddling together overnight to keep warm. This is somewhat short of the record which is believed to be an incredible 61 wrens in one box!

That is amazing. I thought birds would be less accommodating.

Let’s be clear, most do prefer their personal nest box. When demand is high some will even act like an unruly bailiff and chuck other birds out of a nest… which can result in the odd mix up.

What do you mean?

For example, it is not so uncommon for a blue tit to find a nest box and lay its eggs, only for a bigger great tit to come along and take over the nest. The great tit will then lay its own eggs alongside the blue tit eggs and raise both sets of young. Their maternal bond is so strong that they hardly seem to notice. 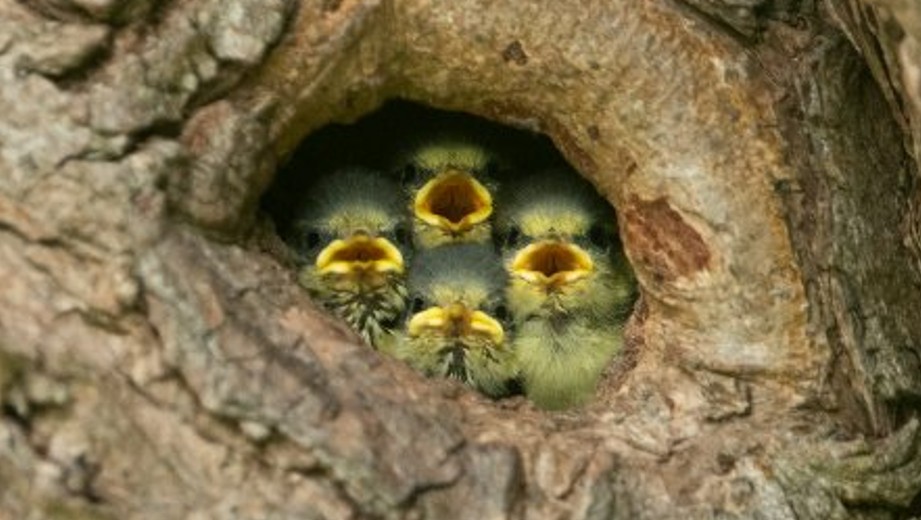 Yes, it can also be seen if a bird fails to raise their own young. Sometimes the parent will go and help feed another bird family – regardless of the species. Robins have been seen helping to feed song thrushes and spotted flycatchers seen lending a hand to blackbirds. There is even reported cases of great tits feeding great spotted woodpeckers!

Great tits really are great! Any other out of the ordinary finds?

It might not be as dramatic, but just like many of us turn to herbal remedies to help our health, so it seems do birds. Species such as blue tits have been seen lining their nests with plants such as lavender and mint which enables them to kill off any bacteria and allows for a more sterile environment to raise their young. Amazingly evidence has shown that the chicks which were part of the nest with these plants grew stronger and faster with a higher proportion of red blood cells which is known to be a strong indicator of a chick’s chances of survival.

That is incredible, who knew nest boxes had so many interesting facts.

They also do a great deal of good by providing a home to many of our birds which are in decline, such as swifts and house martins. But nest boxes aren’t just used around our gardens and houses, they a powerful tool to help increase the numbers of many other types of birds.  Our tawny barn and little owls all happily use boxes, as do some other birds of prey such as kestrels.

They are also used to provide a home for some of our rarest and most endangered birds. For example, the red listed Roseate Terns on Coquet Island, Northumberland, use nest boxes, as do storm petrels on Mousa, Shetland.  The small UK breeding population of the amazing Goldeneye duck also benefit from nest boxes provided for them close to rivers and lochs in Scotland. 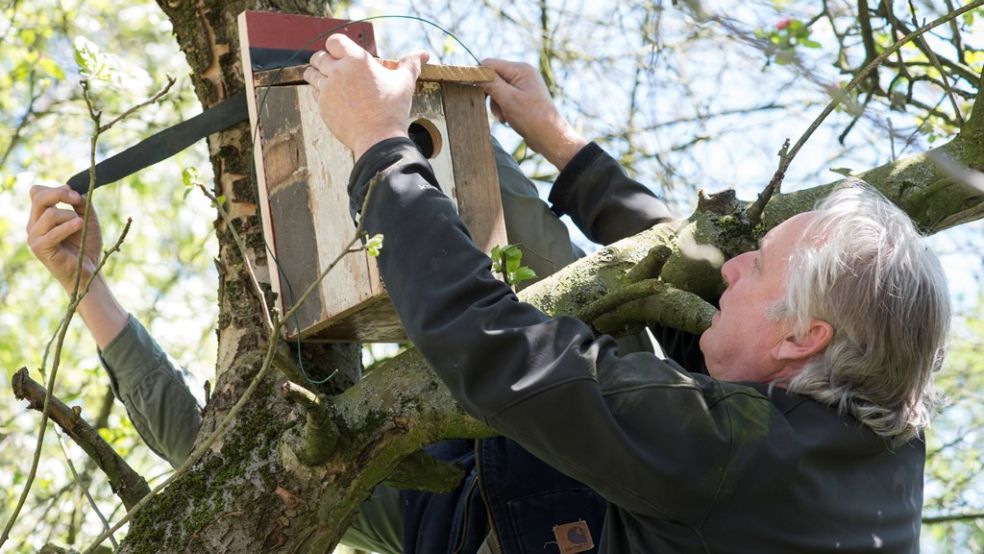 You’ve inspired me, I want to put up a nest box!

Great! Click here to find out much more about the different types of box and the ones which would be suitable for your garden or outdoor space.

PLEASE NOTE: Birds like to be left alone to raise their young so please do not disturb them unnecessarily.

If you are interested in learning how to safely monitor birds’ nests – including those in nest boxes – you can take part in the British Trust for Ornithology’s Nesting Neighbors scheme. To find out more click here.

It is important to remember some birds and mammals, such as barn owls and bats, are specially protected, meaning you need to a licence to go near nest sites.

A list of protected birds can be found here and here