The UK's smallest bird of prey, this compact, dashing falcon has a relatively long, square-cut tail and rather broad-based pointed wings, shorter than those of other falcons. Its wingbeat tends to be rapid with occasional glides, wings held close to the body.

In winter, the UK population increases as most of the Icelandic breeding birds migrate to our warmer climate. Although recovering from a population crash in the late 20th century, it is on the Red List. It is a Schedule 1 listed species on The Wildlife and Countryside Act.

The UK breeding population is at the south-west extremity of the merlin's European range and is thinly scattered across upland moorland from south-west England north to Shetland. In winter, birds leave upland areas and come down to inland lowland and coastal areas. They can be seen in almost any open country but are often found near coasts. They can be found at roosts in reedbeds, bogs and on heaths, often with hen harriers.

You can see merlins all year round. Birds leave their upland breeding areas between August and October, when N European birds also arrive here. They return again in April and May. In summer, the RSPB reserves at Forsinard, Highland and Trumland (Orkney) have merlins. In winter, they are regularly seen at: Elmley Marshes, Kent; Northward Hill, Kent; Martin Mere, Lancs; Marshside, Merseyside; Pulborough Brooks, Sussex and Blacktoft Sands, Yorkshire. 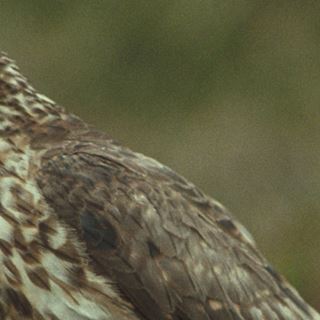 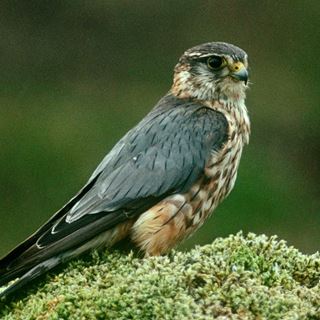 What do merlins eat?

Birds of prey in the UK

Birds of prey are among our most spectacular and well known birds, but remain a controversial subject for some.

1 in 4 UK birds are now on the Red List of Conservation Concern. This is an emergency for UK bird life.