The swift is a medium-sized aerial bird, which is a superb flier. It evens sleeps on the wing! It is plain sooty brown, but in flight against the sky it appears black. It has long, scythe-like wings and a short, forked tail. It is a summer visitor, breeding across the UK, but most numerously in the south and east. It winters in Africa.

Swifts, swallows and martins often get confused for one another, but it's easier than you might think to tell them apart.

Swifts are dark, sooty brown all over, but often look black against the sky. If you get a good look, you might see their pale throat. The wings are long and narrow, with a tail that is slightly forked, but not as much as a swallow's. Swifts have a piercing, screaming call, but they aren't noisy at the nest.

Swifts nest in holes - often inside old buildings or sometimes in specially-designed swift nestboxes - so you'll never see them building a nest outside. In fact, if you can see an obvious nest, it's definitely not a swift! You'll see swifts flying low and fast around buildings, screaming loudly, or perhaps swooping fast into a little crevice in a building to their nests. You won't see them perching on telegraph wires or fences; they have tiny feet and legs and can hardly walk!

Swallows have dark, glossy blue backs, wings and heads, with a reddish patch under the chin. Their long, forked tails are distinctive. Swallows have a twittering song, which they give from a perch on a fence or building, or while they're flying. You can often see swallows perching on wires, especially around migration time, when they gather in flocks.

Like swifts, house martins often live in built-up areas. They build their nests under the eaves of houses. House martins have glossy blue upperparts, similar to a swallow, but the white rump is distinctive. Their tail is also forked, but much shorter than a swallow's. Their call is a sharp 'jik, jik' with some twittering. Like swifts, swallows and sand martins, you could see them over any lake or river, flying around to catch insects.

Sand martins are similar in shape to house martins. Their backs and wings are brown - perhaps a bit like a swift - but their underside is white with a brown breast-band. As the name suggests, sand martins make burrows in sandy river banks or even heaps of sand at quarries!

Look up in the sky in summer, often very high. They never perch on wires like swallows. You might see excited screaming parties of them careering madly at high speed around rooftops and houses, often low, especially towards dusk.

Swifts can be seen from April to August.

Help us take swift action to change the fortunes of this unique and iconic bird. Keep your eyes peeled for nests and download or use the Swift Mapper app! 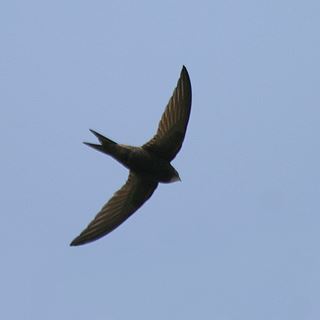 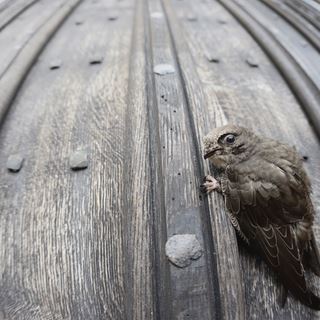 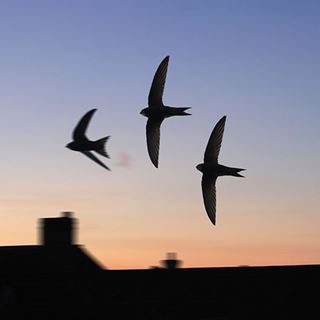 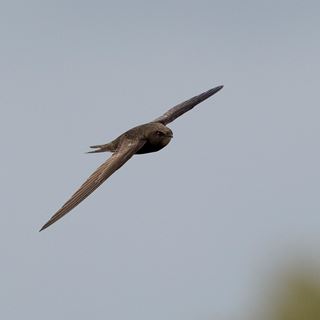 What do swifts eat?

Find out how you can help threatened swifts using the new Swift Mapper.

Swifts need warm weather to provide a constant supply of flying insects, so they spend only about three months in the UK

Set up a nestbox to give summer-visiting swifts a place to nest and breed year after year.