Parenting in the bird world is a splendour of different chick-rearing strategies. While some Mother’s Day tropes play on a doting mum caring for her chicks, a scamper through the natural world reveals a surprising and varied reality. From guillemots who take a 'push them off at the deep end' approach to parenting to the birds that commute hundreds of kilometres to feed their young; in nature, mothers come in more styles than we can count. Next time you gaze at a pair of garden birds diligently feeding their chicks and think 'that’s a couple who have it together', remember this: It’s unlikely that you’re looking at a flawless nuclear family.

We all get tetchy sometimes

Arctic terns fly from Antarctica to the Arctic Circle each year, chasing the sun, flying across oceans, beholden to no one. Considering these birds are on life-long sojourn, they have a lot of pent-up angst and are a tad….hostile when it comes to their young. They’re known for divebombing anyone that makes the mistake of coming near their nests. Ian Sims, RSPB Warden for The Skerries, off Anglesey, warned "they will draw blood".

Fulmars, a relative of the albatross, take it one step further. Although they are social birds, who feed in flocks out at sea and mate for life, they could be described as 'not great with new people'. Fulmars defend their nests from intruders by spitting out a foul-smelling oil.

You wouldn’t want to be the parent of a child accused of bullying their offspring. 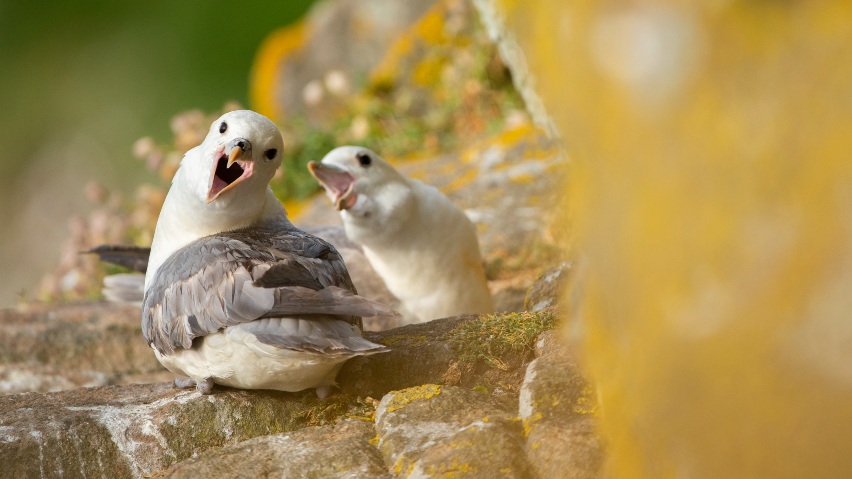 Manx shearwaters’ approach to parenting would raise eyebrows at the school yard gates.

The start of the breeding cycle seems domestic enough. They tend to mate for life and use the same burrow every year. Firstly they give the burrow a good clean out, take it in turns to incubate their egg and keep the chick well fed. Very well fed.

Young Manx shearwaters leave UK coasts under the cover of darkness to evade gull attacks and, without their parents, head for wintering grounds off the coast of southern Brazil and Argentina.

You may have heard young puffins are called pufflings but did you know guillemot chicks are called jumplings? Guillemots are like the 'fun' uncle or aunt you’d only call on to babysit in the event of a life-critical emergency. They encourage their chicks to leap off stomach-churningly high cliffs into the sea just weeks after hatching. This is before they can even fly.

If you’re having one of those 'feeling a bit inadequate' days, consider the cuckoo’s gung-ho take on parenting. Female cuckoos lay their eggs in the nests of other birds that have the same colour and markings as them. So when the cuckoo egg hatches, the other bird brings up the young cuckoo as one of its own. 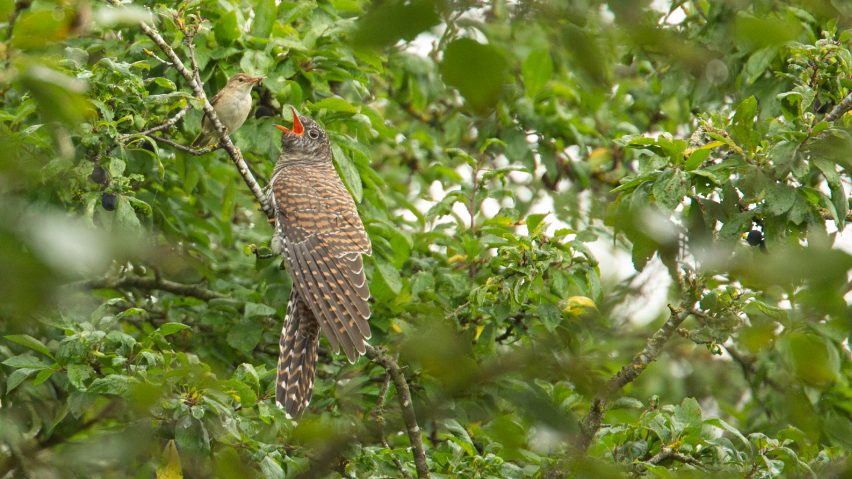 Always the quiet ones

The poor dunnock is often mixed up with the house sparrow. But these unassuming garden birds have a wild side. Females will secretly mate with a second 'boyfriend' and encourage both males to pull their weight looking after the chicks.

Male dunnocks are hardly victimised monogamists. They’ll play the numbers game too and sometimes mate with multiple females to increase their brood. You can end up with situations where both the male and female are mating with several partners across different territories.

I’d do anything for my kids

Most people resent being told they fade into the background. But nightjars would give you an appreciative nod. These small birds choose to nest among dead branches on the ground, so their mottled brown and black markings are a life-saving camouflage.

The mother does nearly all the heavy lifting with the father only taking over the incubation or brooding at dawn and dusk. Defending the young falls to the mother who will sometimes fake an injury to lure predators away. 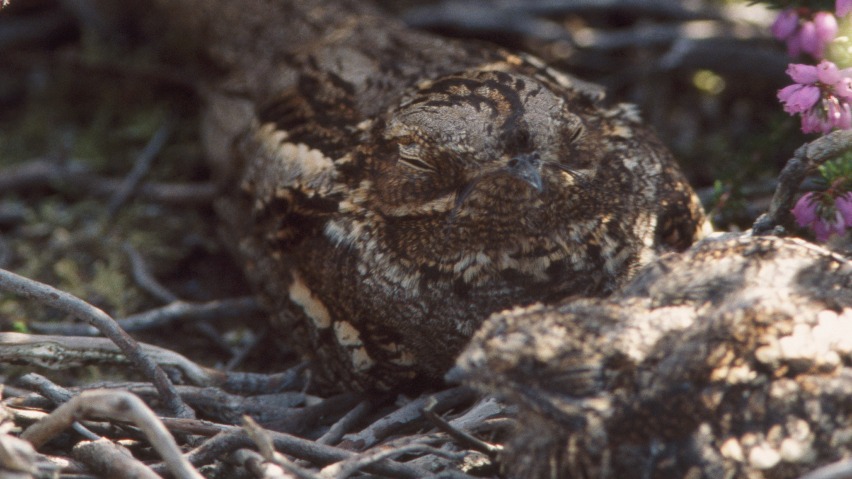 Ringed plovers can also pretend to have a broken wing so the predator follows it thinking it's injured and an easy meal. Once the potential predator is far enough away from the nest, the ringed plover flies away. Force a child to do their homework and you may witness similar amateur dramatics, with less heroic results.

We learnt how some birds commute hundreds of kilometres to feed their chicks from a ten year RSPB seabird tracking project.

Traipsing around the supermarket on a Saturday afternoon with reluctant, but vocally hungry children can feel like a hundred-kilometre obstacle course. But it’s not quite the same.

Razorbills and guillemots nesting on Fair Isle in Shetland regularly travel more than 300km in search of food for their young. And gannets fitted with satellite tags at RSPB reserve Bempton Cliffs in Yorkshire have a core hunting area 50-150km away from the colony.

There’s another type of parent you may know. And if you do, you’ll be lucky to count yourself among their friends. Robins are the softly spoken parents who defy expectations and have a successful career as an artist or run a Thai-boxing class in the evenings. 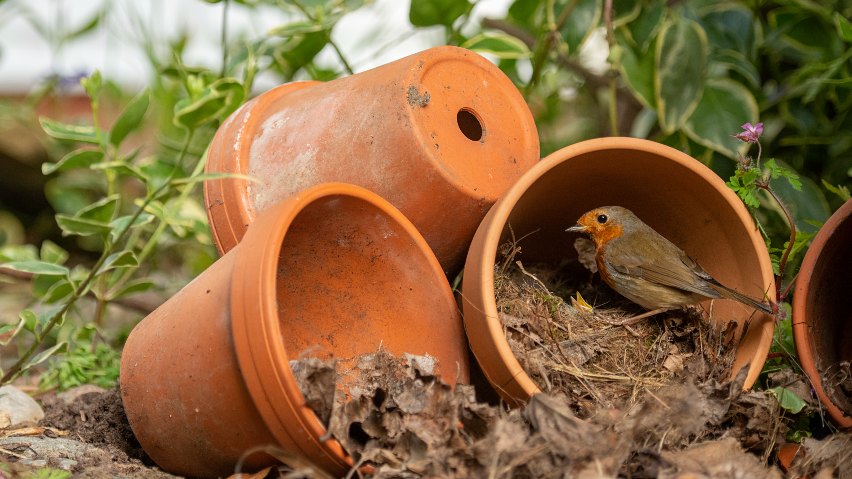 Robins are resourceful, independent-minded birds and have been known to nest in all sorts of unlikely locations. Sheds, kettles and hanging baskets, boots, car bonnets and even coat pockets have all hosted broods of robin chicks.

Over winter males and females both sing loudly to defend individual territories: they have fleeting romances, defending their territory as a mated pair in summer.

Young robins are cared for up to three weeks after fledging, mostly by dad, as mum will be preparing herself for the next nesting effort. Pairs will try and raise three broods of chicks a year, but some manage as many as five.

Despite being fiercely territorial against their own kind, their parental instincts are so strong they are often spotted feeding chicks of other species. Song thrushes, blackbirds, spotted flycatchers and willow warblers are the chicks and fledglings most likely to get a surprise robin snack.

There’s always one mum who actually is quite well organised

We like to reassure each other no one really has it together and we’re a bunch of chumps bluffing our way through life. But there are what many of us would consider the super mums.

In the bird world, these could be the female blue tits. Months ahead of the breeding season she builds the nest with little or no help from her mate and starts scouting promising-looking spots. It’s a neat little cup-shaped nest made with moss and lined with feathers, fur or wool. Not only is she supremely well organised but blue tits lay the largest clutches of all birds – up to 16 eggs. 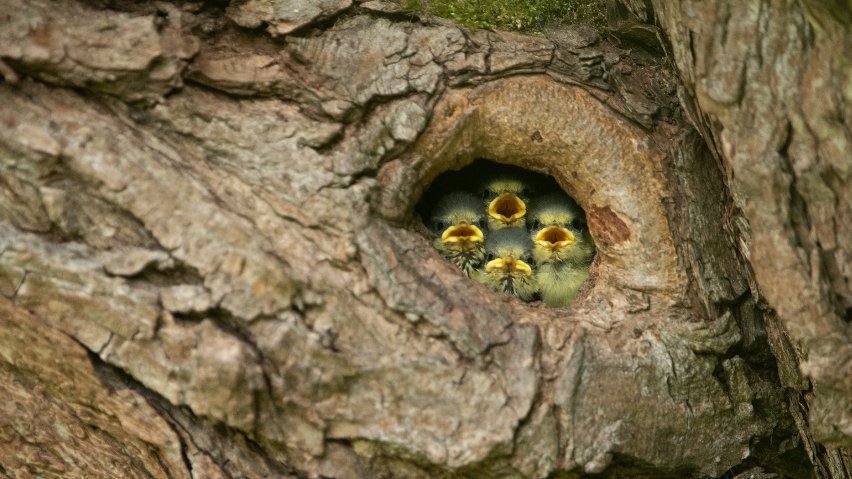 Great tits sometimes fledge from blue tit nests. But sadly these birds, will spend their whole lives thinking they are blue tits and won’t be able to breed. Different breeds of tits sometimes evict each other from nests and raise the remaining eggs.

And then you have the power couples. Long-tailed tits pair up in late winter so they have plenty of time to dedicate to masterpiece nests. Unlike other species of tit, this petite bird rejects the shelter of nest boxes.

It’s easy to see why. Man-made nest boxes can hardly compete with the delicate and beautiful cocoon-like nests that long-tailed tits create. These are lined with sometimes over a thousand feathers and camouflaged with lichen and cobwebs.

Long-tailed tits are the couple on Grand Designs who, despite Kevin McCloud’s sceptical wince, pull off their vision of a six-bedroom tree-house mansion. 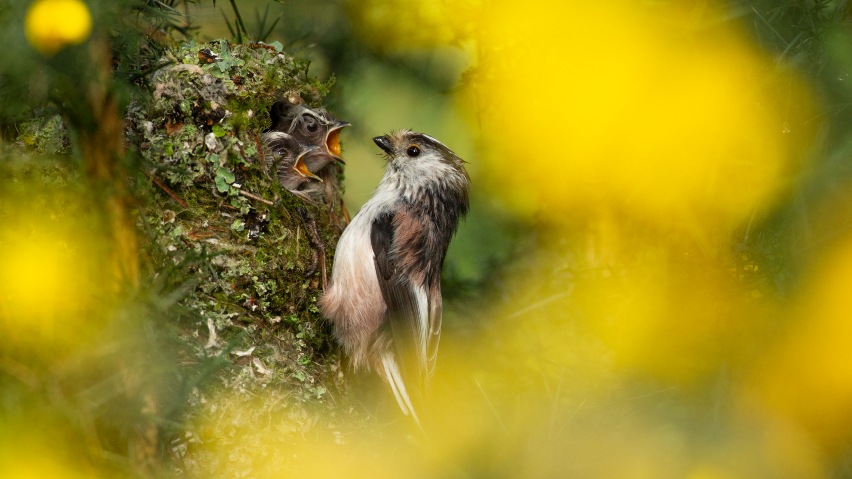 Then there’s the optimistic approach – the 'everything will turn out alright in the end' types.

Woodpigeons make ropy nests from just a beak full of twigs. Eggs have been known to fall straight through them.

We can imagine woodpigeon parents chuckling over their evening meal as they survey long-tailed tit manor from afar. Perhaps they’d say, “Look at all the effort they put in. We just gathered a few sticks together and our children turned out fine.” They may have a point as woodpigeons are increasing in number around the UK. 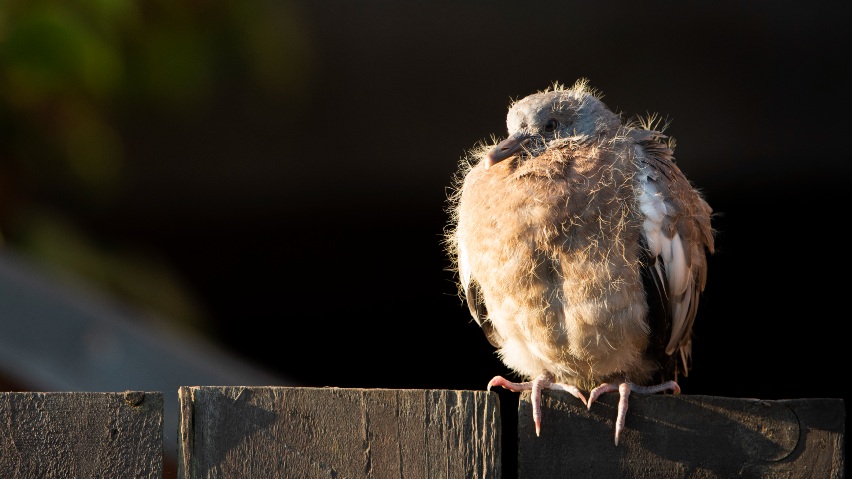 Need a hand telling your coo from a cuckoo? Read our handy guide to help.

It’s surprisingly easy to mix up that distant cuck-coo with the cooing call of two much more common and familiar birds: the woodpigeon, and the collared dove. Our guide gives great advice on how to tell them apart.

Need a hand telling your coo from a cuckoo? Read our handy guide to help.

It’s surprisingly easy to mix up that distant cuck-coo with the cooing call of two much more common and familiar birds: the woodpigeon, and the collared dove. Our guide gives great advice on how to tell them apart.