Dawn Chorus Day around the world

For countries in other parts of the world, the dawn chorus often sounds very different from what we are used to in the UK. To celebrate International Dawn Chorus Day 2022, bird expert Dominic Couzens talked to some of the RSPB’s partners in far-flung places to find out what it sounds like to them.

Sunday 1 May was International Dawn Chorus Day. As it was celebrated around the world, the cast of avian characters singing their morning song was profoundly different from one place to another. While robins awoke in the UK, robin-chats welcomed the dawn in South Africa, and while great tits serenaded us here, listeners in Kazakhstan might have heard azure tits, too. And as for Gough Island in the South Atlantic, everything was topsy-turvy. But a closer listen to the international dawn chorus also reveals some surprising similarities.

A tropical chorus in the Caribbean

“Locally, we call it the Pipirite,” says Lyndon John, the RSPB’s Overseas Territories Officer for the Caribbean, on the phone from Saint Lucia. “The grey kingbird is the first voice at daybreak – “pi-pi-ri-tay, pi-pi-ri-tay”. On other islands the call is shorter, like “pi-ri-te”. It’s like the blast of a whistle.” 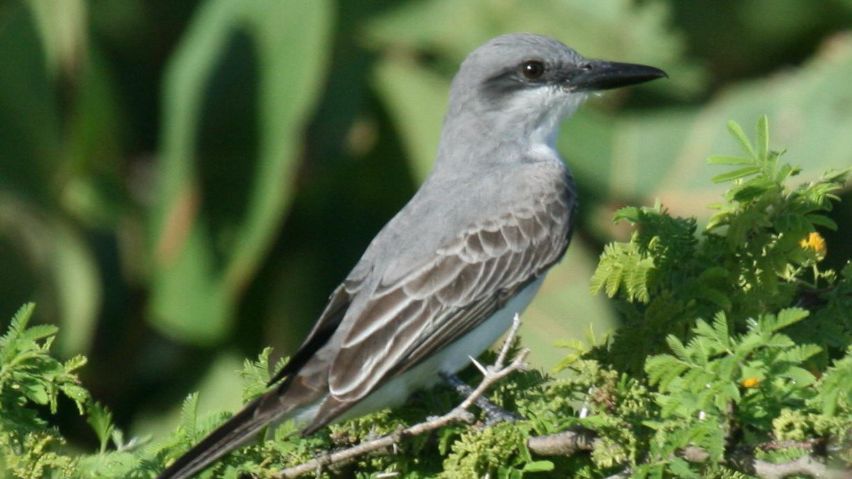 That seems entirely appropriate to set off the Caribbean version of one of the world’s greatest natural phenomena: the dawn chorus. It’s not a robin or blackbird, but quite naturally, something exotically different. As Lyndon reels off a short list of other birds, such as the “pleat, pleat, pleat” of the Carib grackle, which sounds faintly like a series of lip-smacking kisses, and the warble of a shiny cowbird, which must be a 1980s electronic-rock version of a wren, the very differentness of bird voices from the other side of the world becomes apparent.

“In the wet areas of the forest, we of course have our St Lucia parrot, too,” adds Lyndon, to set the tropical scene still further. The shrieks of a parrot are not generally the mainstay of an English country woodland, although some of our suburbs do resound to rose-ringed parakeets. 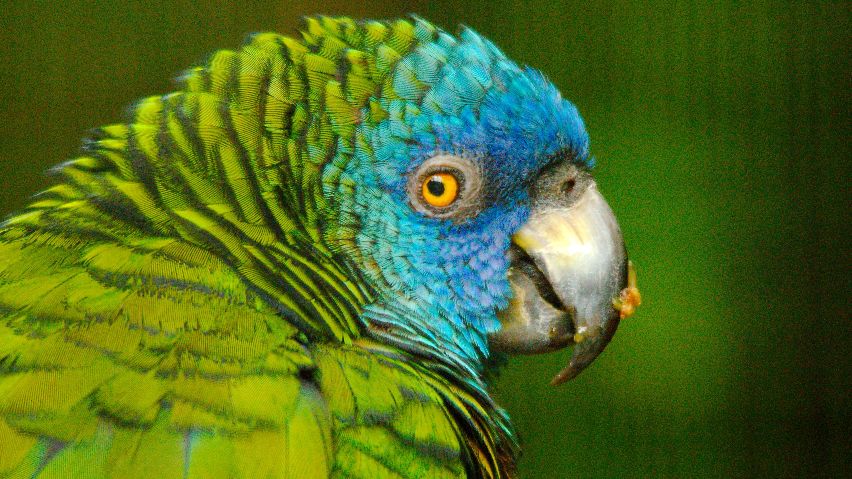 “But you’ll be surprised to know, we have your collared dove, too,” says Lyndon. “It is introduced here. Our local zenaida doves [which have a sound like a child practising the recorder] aren’t doing so well.”

Who would have thought it? Our very own collared doves, transported by human hands, are waking up with the dawn half a world away.

Doves, it seems, are a big feature of early morning choruses around the world. Mark Anderson, CEO of BirdLife South Africa, speaking from the suburbs of Johannesburg, quotes laughing doves and red-eyed doves in his list. The latter species is determined to promote its brand: “I am, a red-eyed dove,” it croons, again and again.

“We do have some very tuneful birds, too,” says Mark. “We have the karoo thrush, which is a southern African endemic. Our star dawn bird right here, though, is the Cape robin-chat. We have a pair in our garden.” The bird certainly looks like a robin, but the song is eerily similar to a mistle thrush. And the karoo thrush both looks and sounds like a blackbird. There is an unexpected familiarity about these birds and their morning songs, far down in the Southern Hemisphere.

They even have sparrows. “The Cape sparrows start very early in the morning,” says Mark. “They go ‘cheep, cheep’ endlessly, as they utter their pre-dawn song.”

The impossibly handsome Cape sparrow male, with its film star looks of a bold, black face, breast and crown, and chestnut back, resembles a house sparrow after a makeover. 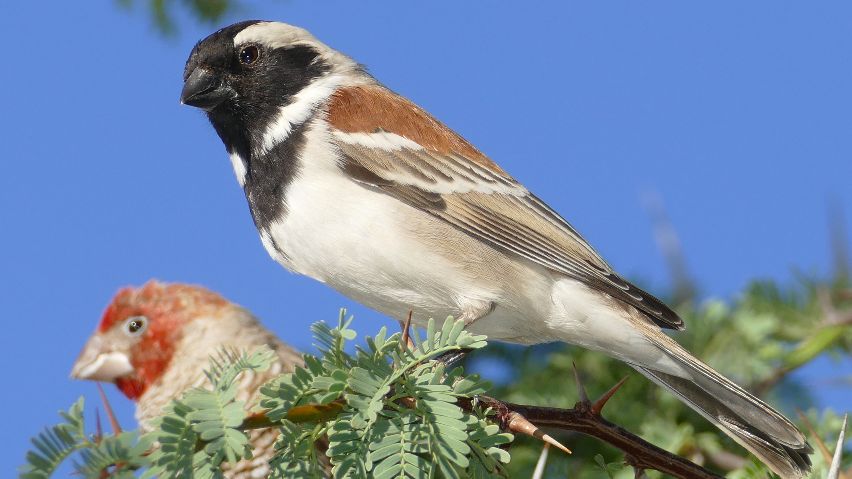 The chorus never stops in Nepal

They aren’t the first risers in the Nepalese capital, though. Which bird starts the dawn chorus? “Our first songs, in the dark, come from the red-vented bulbul,” comments Ishana Thapa, Chief Executive of Bird Conservation Nepal. There could barely be a cheerier sound to wake you up, a friendly greeting, “Be quick, quick,” for which British birders have no equivalent. 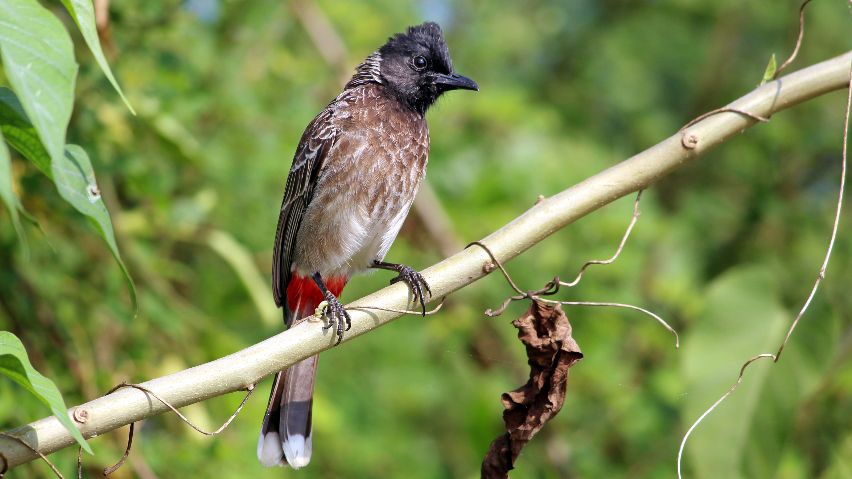 Neither are we used to other birds Ishana mentions, such as the common tailorbird, which endlessly repeats a note a little like one of those annoying electronic alarm clocks. In the half-light it is joined by the Oriental magpie-robin, with its breathy, slightly strained fluting phrases, and by endless common mynas, which squeak and squeal like cut-price parakeets.

“I must tell you, though,” says Ishana, “That just now our cuckoos have arrived and are singing. In fact, they are singing all through the night. It’s not just a dawn chorus, but a night chorus.” The Kathmandu singers consist of our own Eurasian cuckoo, and the Asian koel, whose clean whistle repeats its name, “Ko-ell.” It often says it half a dozen times in succession, each repeat with a little more emphasis, as if slightly annoyed that you didn’t get its name right on first introduction.

Another famous night singer features in the dawn chorus further west. Vera Voronova, Executive Director of the Association for the Conservation of Biodiversity of Kazakhstan, says: “One of our dawn chorus birds is the common nightingale, here in our capital city, Astana (Nur-Sultan).” UK birders might be surprised by how similar the birds are in this Central Asian city to those found here. Vera mentions song thrushes and great tits, as well as fieldfares. The chicks of long-eared owls are also calling constantly, like the rusty hinge of a gate being opened. But the prize bird here is the azure tit, which looks like a blue tit that died and went to heaven, with its pearly whiteness. 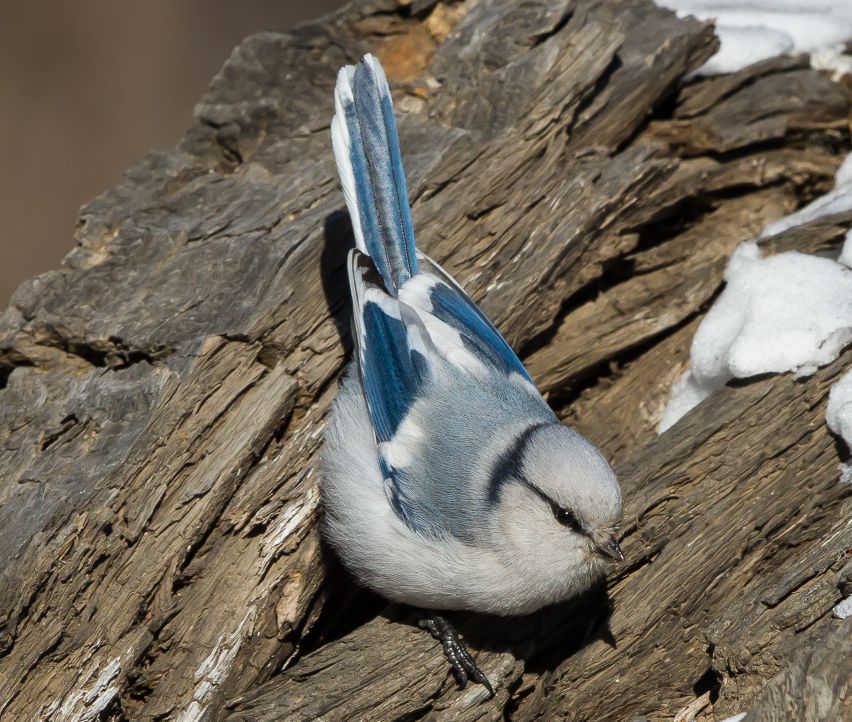 A blurry dawn in Iceland

The theme of night singing continues north and west. In Iceland, the nights are already short, and the distinction between night and dawn can be subtle. Menja von Schmalensee, board member of Fuglavernd (BirdLife Iceland), lives on the Snæfellsnes Peninsula in the west. She is fortunate to have a range of coastal, heathland and garden species to create a memorable chorus. 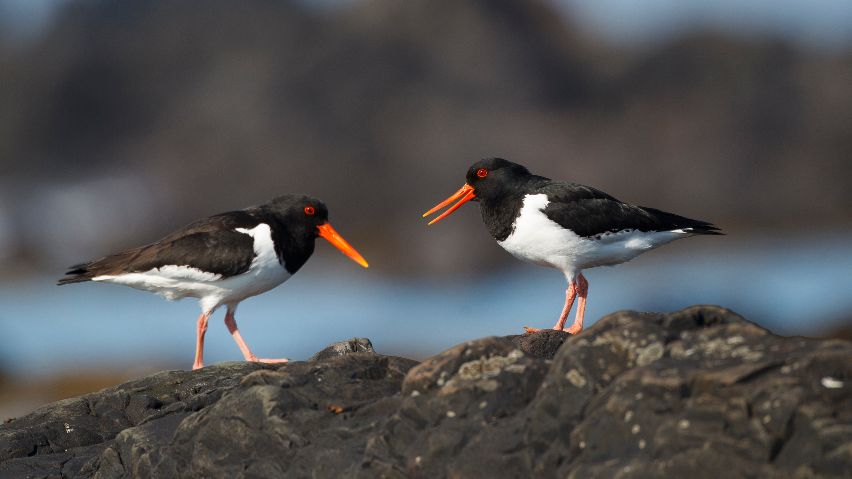 “The redwing in my garden sings all night,” she says. “And on the heathland, I can hear common snipe in the dark.”

Intriguingly, her garden chorus includes a newcomer. “Blackbirds only arrived in Iceland recently,” says Menja. “They arrived in the country in 2000 and reached us here last year (2021).” Being a natural phenomenon, the dawn chorus, of course, can change over time. Menja also enjoys delights such as common starling and meadow pipit, the saucy cooing of eiders and the needle-sharp, tragic notes of the golden plover. It’s enough to make any birder envious.

Off season songs on Gough

But for a truly magical chorus, how about the caterwauling of seabirds on Gough Island, in the South Atlantic? It’s one of the most remote bird choruses on earth, 2,700km away from the nearest continental landmass.

“But you need to realise, it isn’t a dawn chorus at all,” says Research Scientist Antje Steinfurth, who has visited several times.

“We have a Gough Island finch with a simple song, which isn’t breeding now anyway, and the great shearwaters and soft-plumaged petrels are also waiting until the Southern Hemisphere spring. At the moment (May), there are some winter breeders, including Atlantic petrels. 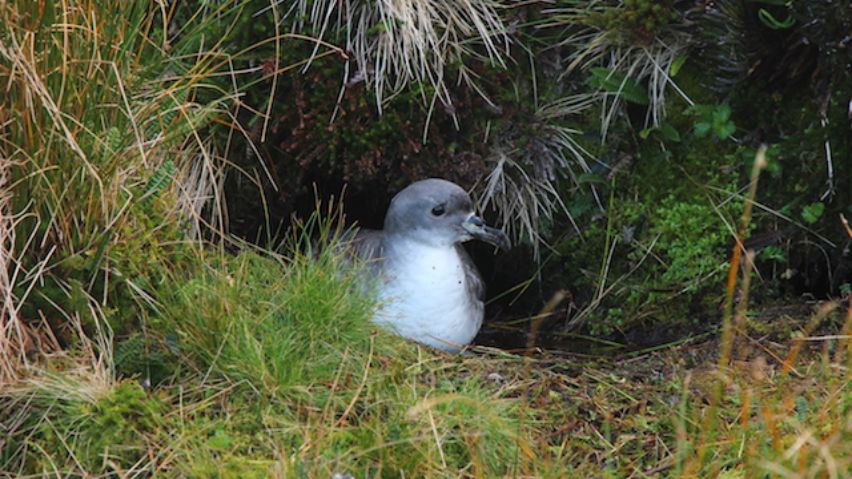 “But all the breeding seabirds come in during the evening, and dawn isn’t the main time,” says Antje.

It seems that, as far as the bird chorus is concerned, Gough Island really is a different way round. There are no songbirds, it isn’t in the northern spring, and it isn’t at dawn!

Bird sounds, wherever you go, are full of surprises. 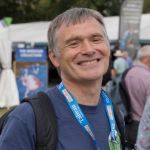 Dominic Couzens is an award-winning nature writer, with over 40 book titles to his name and a regular columnist for the RSPB’s members’ magazine.