The white-tailed eagle is the largest UK bird of prey. It has brown body plumage with a conspicuously pale head and neck which can be almost white in older birds, and the tail feathers of adults are white. In flight it has massive long, broad wings with 'fingered' ends. Its head protrudes and it has a short, wedge-shaped tail.

This Schedule 1 species went extinct in the UK during the early 20th century, due to illegal killing, and the present population is descended from reintroduced birds.

White-tailed eagles are versatile and opportunistic hunters and carrion feeders, sometimes pirating food from other birds and even otters. They eat largely fish, but also take various birds, rabbits and hares.

Some pairs kill many fulmars, which are thought to be the source of DDT and PCBs (chemicals) recorded in eagle eggs. Carrion is an important part of their diet, especially during the winter months. Most lambs are taken as carrion.

When fishing, they fly low over water, stop to hover for a moment and drop to snatch fish from the surface.

During the breeding season while they are rearing young, they require 500-600g of food per day. This drops to 200-300g per day during the winter months when the birds are less active.

White-tailed eagles remain a scarce UK breeding bird, with the majority of the breeding population on the west coast of Scotland. However, further reintroduction programmes on the Scottish east coast, in Ireland and in England on the Isle of Wight mean that it’s now possible to encounter one almost anywhere in the British Isles.

You can see white-tailed eagles all year round.

A closer look at white-tailed eagles.

A closer look at white-tailed eagles. 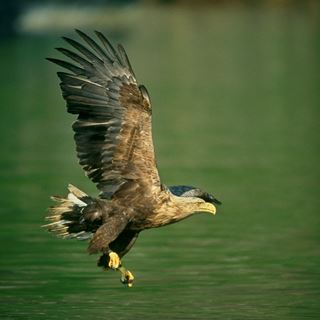 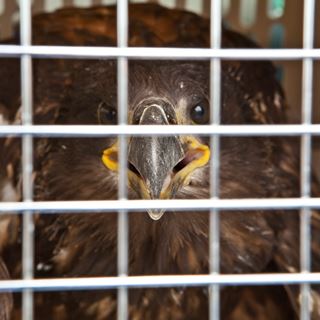 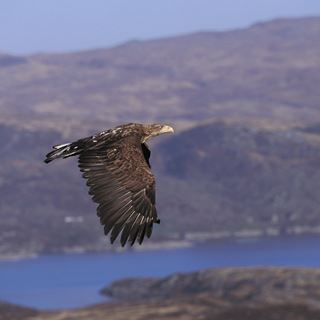 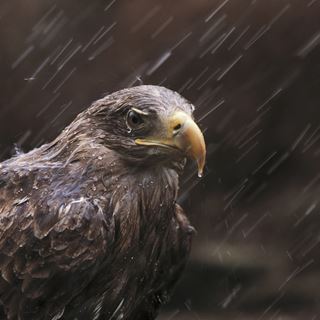 1 in 3 UK birds are now on the Red List of Conservation Concern. This is an emergency for UK bird life.

Harried to the edge of extinction in England, hen harriers need your help - before it's too late.