The story of the threat to the UK's most important home for nightingales.

Update: December 2018. Homes England, the government's 'housing accelerator' and owner of Lodge Hill, have revised their housing plans for the site. They now propose to build 500 houses here, down from 2,000. They have also pledged not to build on the Site of Special Scientific Interest.

The news is very welcome, and thank you to all the thousands of you who have helped us and our conservation partners fight to #SaveLodgeHill over many years. The fight isn't over; we remain concerned should housing still be proposed right next to the site, which could still be deeply damaging to the UK's most important population of nightingales, so we will continue to work to ensure that Homes England's final plans safeguard Lodge Hill and its wildlife for the nation, forever.

Fighting to save the nightingales’ home

Lodge Hill, the UK's most important home for nightingales and protected as a Site of Special Scientific Interest (SSSI), is under threat from development.

If the nightingales’ home, or land directly adjacent, is allocated for housing, it means that other protected places across the country are at risk as well.

With your help, we’ve made good progress over a number of years to save Lodge Hill SSSI from being covered in houses.

The latest public consultation by Medway Council closed on 25 June 2018, and over 10,000 people sent messages asking that the land not be allocated for houses, which was a brilliant response. We can't stress enough how important it is to hear all of those voices, to show that people care.

Thank you for all your support so far - and we hope we can call on you again if we need to when we find out what the council intends to do.

Medway Council will now consider all the consultation responses and decide how to move forward with their Local Plan.

They will then produce the next draft, which goes out for the final stage of public consultation, we believe in summer 2019.

The owner of Lodge Hill - the government agency called Homes England - has also said that they will submit a new planning application for houses next to Lodge Hill, and that could be in 2019 as well.

With all your help, a big marker has been put in the ground that Lodge Hill SSSI and its nightingales should be saved. We will be watching very closely for the next moves.

Help save the nightingales of Lodge Hill

The nightingale is one of our most severely-threatened birds – its population has declined by more than 90% in the last 50 years. Fewer than 5,500 pairs now remain across the country.

The range of nightingales has also contracted dramatically, so they are now found only in the south and east of England.

Lodge Hill in Medway, Kent, is their best remaining site, critical for their survival, and so special that it is protected for the nation as a Site of Special Scientific Interest (SSSI).

But, in a long-running saga, it is under threat of being lost to, or incredibly damaged by, a large housing development.

To lose it like that would mean the loss of most of the nightingales and other wildlife that lives there and would set a very worrying precedent for all the nation's other protected sites.

Thousands of you helped us get the original planning application “called-in” by government and, thanks to your efforts, the application was dropped.

Thousands of you then called on Medway Council - twice - to revise its plans. In the spring 2018 consultation, it had made some changes, but not gone anywhere near far enough.

What you can do

Stay tuned - we are likely to need your help again in 2019, to keep the pressure up and save Lodge Hill.

Lodge Hill on the map 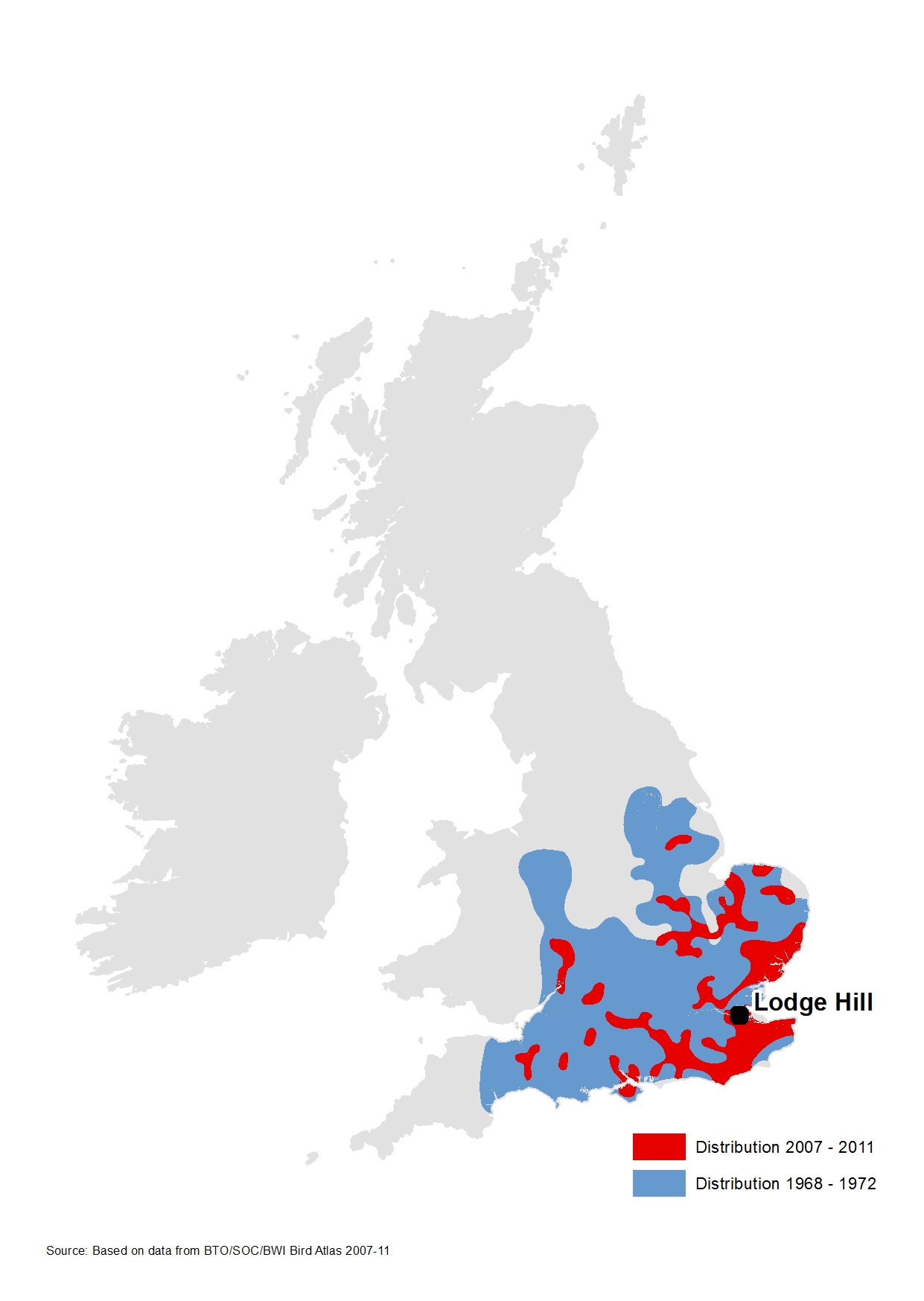 Nightingales were once seen across large parts of England (the areas shown in blue), but they have declined by 90% in the last 50 years. Now, these iconic birds are found at just a handful of sites (shown in red), the most important being Lodge Hill.

Our work to save special places

Working together to save Lodge Hill

Join us for the National Nightingale Festival and be inspired by this much-loved bird’s big and beautiful song.